‘It Made Me Sick': Veterans Denounce Man's Display of Confederate Flag on Memorial Day

Organizers of a Memorial Day ceremony in Natick, Massachusetts, were angry after a man flew a Confederate flag

Veterans in Natick, Massachusetts, are speaking out and condemning a Confederate flag that was displayed at their Memorial Day ceremony.

The Monday morning observance happened in front of the Grand Army Civil War Memorial in Natick. Paul Carew, the town's director of veterans' services, said he was speaking when all of the sudden he was interrupted by the man with the flag.

"It made me sick. I've been sick for a day and a half. There's a time and a place for protests, and Memorial Day is not the time to protest," Carew said.

Carew said the man put the flag away soon after he was told to, but by then, everyone in attendance had seen it and was offended by it.

"I served and something could have happened to me. I know plenty of people that didn't make it, so it hurt me and it bothered me," said Stephen Dobachesky, a veteran of the U.S. Navy.

A few Natick town officials were also in attendance and are condemning the display.

"It was pretty horrifying. This is a town where most people are trying pretty hard to make Natick a welcoming town and we clearly have a ways to go," said Karen Adelman-Foster, the chair of Natick's select board. 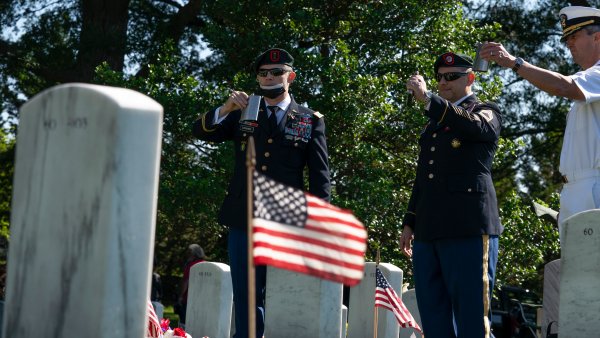 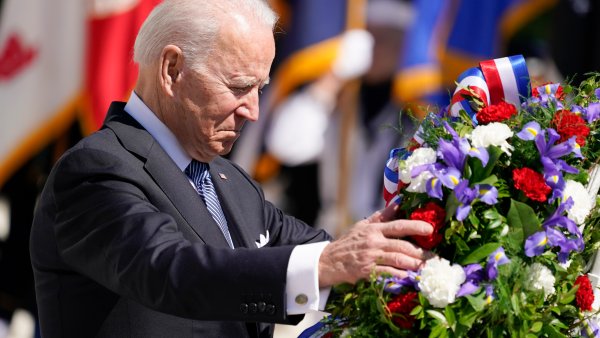 Event organizers said they know the man who brought it, but they are choosing not to identify him. They said he is a veteran, and while they cannot take any legal action against him, they are considering their own sanctions, including banning him from attending future events.

"I would not have expected this out of an American, never mind a veteran, to do something as disrespectful as this during our most solemn holiday," Carew said. "It's still making me sick to this moment."