Dr. Miguel Cardona held a roundtable with some of the state's school bus drivers as well as U.S. Representative Chellie Pingree amid a continued nationwide driver shortage

The United States Secretary of Education was in Maine on Monday for events that touched on school bus drivers and community colleges.

At the bus yard for Regional School Unit 21, which includes the towns of Kennebunk, Arundel and Kennebunkport, Dr. Miguel Cardona held a roundtable with some of the district’s bus drivers as well as U.S. Representative Chellie Pingree.

“I want to say thank you but I also want to know, as we move forward, what we need to know in D.C. to support you all,” he said.

The roundtable comes after Massachusetts had to deploy National Guard members to drive busses due to shortages there.

On Monday itself, the superintendent of Lewiston Public Schools tweeted that a district bus route would not run “due to the continued driver shortage.”

RSU 21 was chosen for the event because of its application of federal American Rescue Plan dollars towards driver bonuses and sign-on bonuses, along with improvements in training that helped prevent a serous lack of people able to transport students.

“What obstacles exist?” Cardona asked the drivers, at one point during the roundtable.

RSU 21 bus trainer, Cindy Messier, replied that one deterrent to hiring new drivers that she noticed was the increased length of training manuals to include added information that she believes may not be all that relevant to school bus drivers trying to get required licenses.

“This is pretty intimidating,” she said to Cardona, holding up what she said was the current manual alongside a much smaller one that she explained was the guide that was previously used until earlier this year.

“There’s a lot of material inside that doesn’t pertain to a bus driver,” she told NECN/NBC10 Boston during an interview after the roundtable.

A little girl was about to step off her school bus when a driver flew by the open door.

During a separate interview following the event, Cardona mentioned the manual as one takeaway from meeting the drivers that he would bring back with him to Washington.

Asked by NECN/NBC10 Boston whether or not he felt that this discussion about the bus driver shortage and general shortage was happening too long after the problems were first noticed, Cardona replied, "No, I don’t think it’s happening late at all, it’s not the first conversation I’ve had with bus drivers.”

He added that his department had sent letters to state commissioners of education this past December suggesting they use American Rescue Plan funds for recruiting. 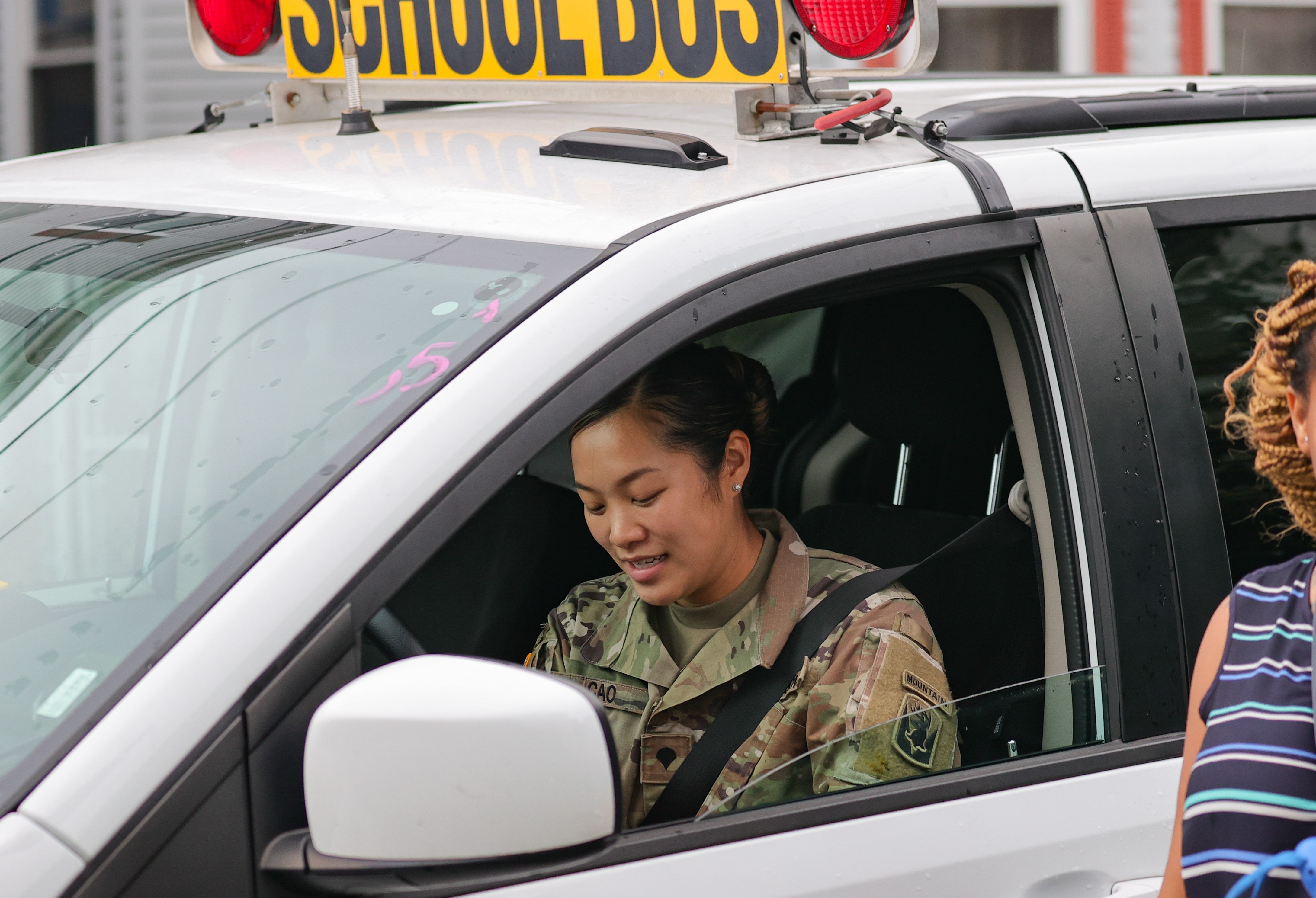 Pingree, who was asked about the labor shortage, as well, said, it was, “a huge challenge for our state, it’s a challenge for our country,” adding that she hoped additional federal funding could be used to make housing more affordable which, in turn, would grow Maine’s workforce.

As additional solutions to those problems are sought, many of the drivers in Kennebunk on Monday said they left the roundtable feeling appreciated.

Despite a handful of demonstrators outside the bus yard, the conversation inside it remained focused on them and the role they play getting kids safely to and from school.

“We really needed that,” said Messier.

“Bus drivers are usually the last ones recognized, it’s usually teacher of the year or something," she added. "It’s never about the bus drivers and it’s a super important job."