No charges have been filed against anyone at the company for the deaths of the two men: Jordan Romero and Juan Gutierrez.

The owner of a Boston construction company appeared in court Wednesday on charges in the death of two of his workers last winter.

The Atlantic Coast Utilities workers were hit by a truck and knocked into a 9-foot-deep trench on High Street, in the city's Financial District, while working on a sewer project last February.

Laurence Moloney, his company and a second employee are accused of lying about the firm's Occupational Safety and Health Administration safety record when looking to secure permits for the downtown project.

No charges have been filed against anyone at the company for the deaths of the two men: Jordan Romero and Juan Gutierrez.

"Mr. Moloney could not have predicted or anticipated this would have been a tragic accident. There is nothing he could've done to better protect employees," Brennan said.

Only one of the defendants has been formally arraigned on these perjury charges. The other will be back in court next week.

The company allegedly stated in affidavits of workplace safety submitted to the City of Boston that the company had no prior Occupational Safety and Health Administration violations when in fact they had been cited by the agency in both 2016 and 2019.

Two workers died after a dump truck crashed into a construction site.

OSHA in a statement said the violations included "the company's refusal to train Romero, Gutierrez and other workers to recognize and avoid work-related hazards."

Atlantic Coast Utilities said in a statement earlier this year that it was "devastated" by the deaths and continues to grieve.

More on the Construction Accident 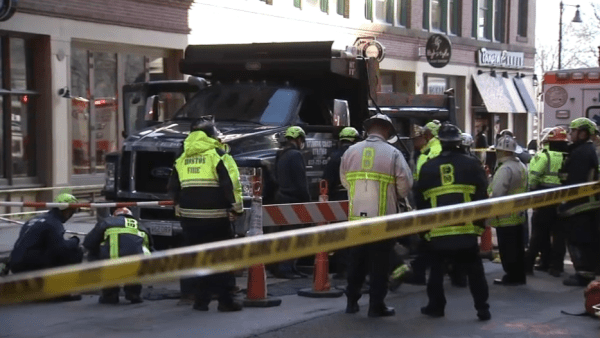