A man who sold the Las Vegas gunman several guns over the last year is recalling the now chilling moments he spent with the mass murderer. And it turns out the Nevada gun shop owner is a former New Hampshire resident.

Christopher Sullivan spent several years running the gun department at a Dick’s Sporting Goods in Keene, New Hampshire, where he lived for about a decade. 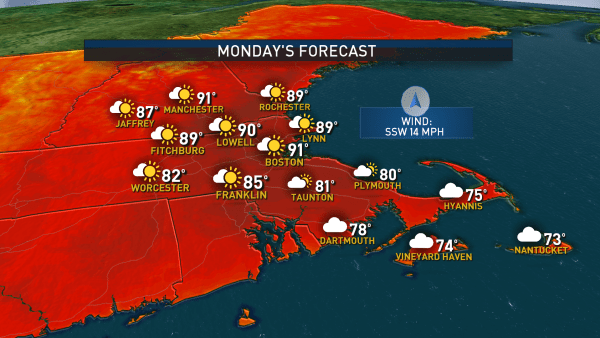 “It’s still very emotional for us every single day that has gone by,” Sullivan said via phone on Thursday.

For the former Granite Stater, it’s pure heartache to know that he put guns in the hands of Stephen Paddock, who killed 59 and injured hundreds more in Sunday’s attack.

“I’ve been searching in myself to see if I’ve missed something along the way and I didn’t,” Sullivan said. “No one could see it coming.”

Sullivan owns Guns and Guitars with his father in Mesquite, Nevada – the same town where Paddock lived. Sullivan said he sold Paddock five guns over the past year. Most recently, last Thursday, just days before Paddock opened fire from his Las Vegas hotel room.

“He did some shopping next door, came back, picked up his gun, shook my hand, said, ‘Have a good day,’ and out the door he went,” Sullivan recalled.

Sullivan said he didn't sell Paddock any of the guns he used Sunday night, but that doesn’t make this connection any easier.

“Not at all - we believe a couple that were found in his hotel room he purchased from us, and that tears us apart,” Sullivan said.

Sullivan grew up in Massachusetts. He said it was yet another difficult development to learn Thursday that Paddock scouted Fenway Park before carrying out the nation’s deadliest mass shooting of the modern era in Nevada.

“It’s terrifying to think someone you do business with is capable of something like that,” he said. “Knowing that Boston would’ve had to deal with another tragedy would have been tough thing for Massachusetts and New Englanders.”

Sullivan said the Mesquite community of about 20,000 people has been overwhelmingly supportive. He opened his shop on Wednesday for the first time since the shooting, though he said any sense of normalcy is still a long way away.