The murder was committed in July 2001

A man revealed he stabbed another man 24 times and left him for dead in the thick underbrush of woods off Route 3A in Marshfield, Massachusetts.

Jurors then got a glimpse of Sampson from before he was a murderer on the run.

Surveillance photos show him from five separate bank robberies in North Carolina from May through July 2001.

The bank tellers took the stand, describing in detail Sampson’s similar MO–coming in overdressed for the steamy North Carolina weather, wearing a hoodie, bandana or baseball cap and sunglasses.

Bank manager Angela Yountz testified, “He produced a bag that he put on the counter…just a plastic grocery bag…he came in demanding ‘no alarms, give me your money,’ he didn’t have any hesitation.” 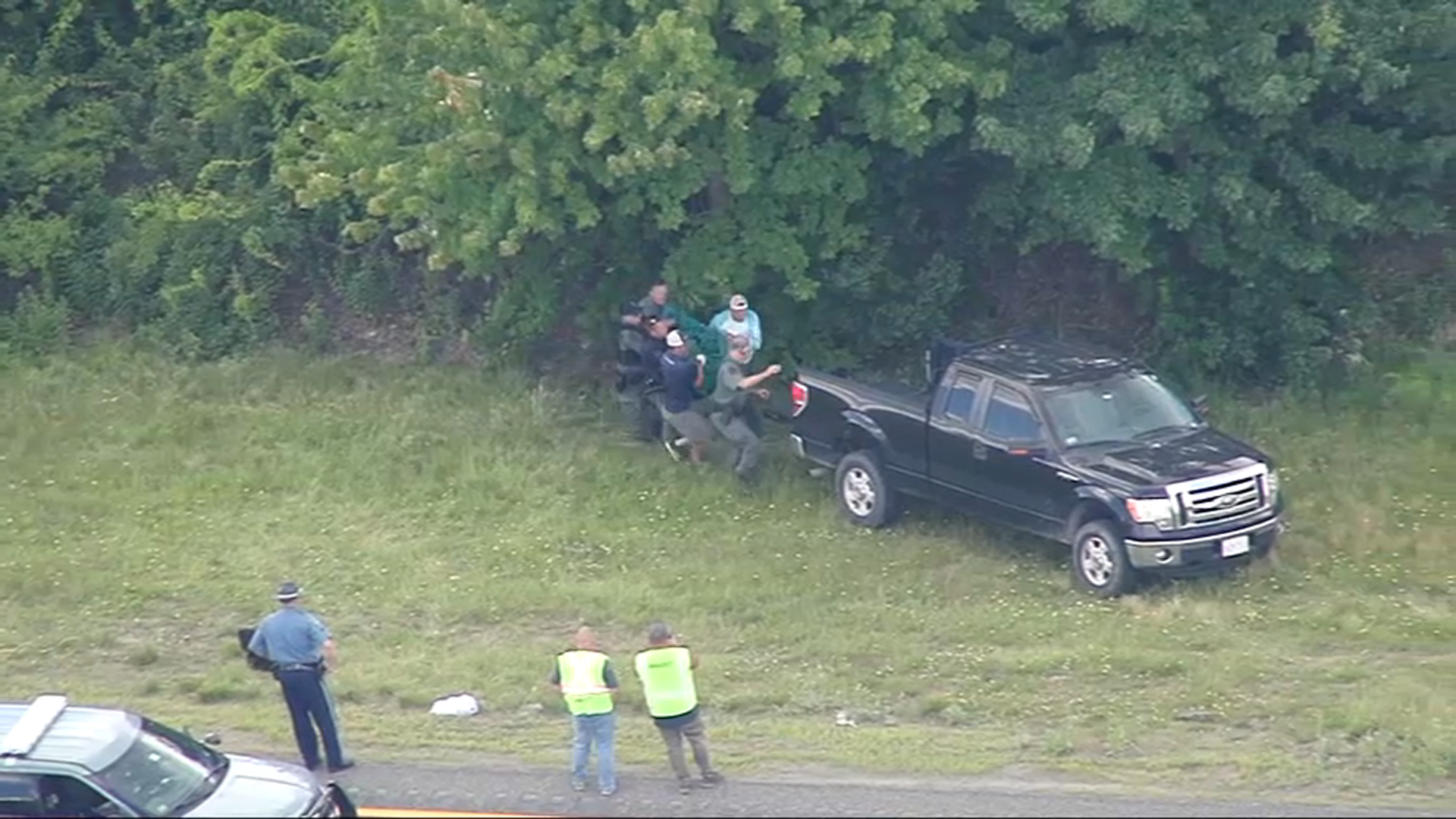 Head bank teller Amanda Laws, who was certain she was robbed by the same man twice, exactly two weeks apart, testified, “He stuck the gun out and to my chest…very loudly he said ‘no funny business and nobody gets hurt…don’t put the dye bomb in the bag or I’ll blow your [expletive] head off, I’ll be waiting for you.’”