Tribe Sues Feds Over Decision Not to Affirm Reservation

A Cape Cod tribe filed a federal lawsuit Thursday challenging the Trump administration's decision not to protect its 300-acre (121-hectare) reservation granted by the Obama administration.

The Mashpee Wampanoag tribe's complaint, filed in federal court in Washington D.C. on Thursday, argues that a Sept. 7 ruling by the U.S. Department of the Interior was "arbitrary,'' "capricious'' and ignored evidence provided by the tribe.

Cedric Cromwell, the tribe's chairman, said a loss of the reservation could force the tribe, which traces its ancestry to the Native Americans that encountered the Pilgrims some four centuries ago, to halt certain social service and education programs and signal tougher times for other tribes. 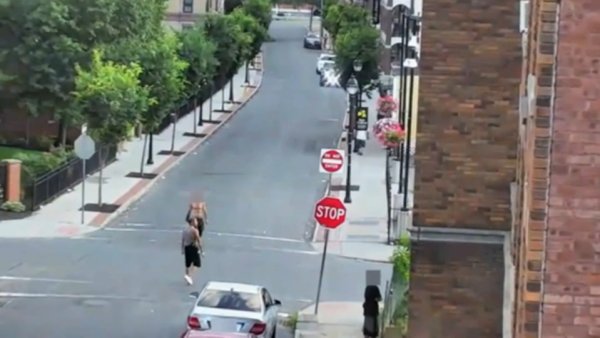 "I do not believe that our country, this great nation that our Tribal citizens have fought and died for, wants to return to the dark days of taking sovereign Indian land away from indigenous communities," he said in a statement. "We are urgently petitioning the United States Congress and the federal courts to end this nightmare."

In its September decision, the Interior Department ruled that it could not hold land in trust for the Massachusetts tribe because it wasn't under federal jurisdiction when the Indian Reorganization Act passed in 1934.

But the tribe, which earned federal recognition in 2007, cited a number of examples in its Thursday complaint showing that the tribe had direct dealings with the federal government for many years prior.

That included federal reports and surveys going as far back as the 1800s listing the Mashpee Wampanoag tribe, as well as other documents that the tribe says recognize the lands occupied by tribal members as a reservation.

The September decision effectively reversed a 2015 land designation placed on 321 acres (130 hectares) in the Massachusetts towns of Mashpee and Taunton. It also throws into doubt the tribe's plans for a $1 billion casino on part of those lands in Taunton.

A federal judge in 2016 ordered the Interior Department to reconsider the decision after Taunton residents opposed to the casino sued.

The Interior Department referred questions about the lawsuit to the Justice Department, which didn't immediately comment Thursday.

David Tennant, a lawyer for the Taunton residents, said the lawsuit is "completely without merit."

"The tribe had ten years to try to convince Interior," he said in a statement. "The tribe could not convince anyone under any standard that they qualified."

Cromwell says, for now, the lands remain held in trust for the tribe.

But tribal law experts have said the Mashpee case could mark the first time in decades a tribe received the special land designation from the federal government, only to have it rescinded.

Land in trust is a special status in which the federal government holds the title to the property and allows the tribe to make its own decisions on how to develop the tax-exempt land and its natural resources.