The more women and girls are playing sports in high school and college, the more competition - and interest - has grown in women's professional sports leagues in soccer, basketball, and other sports.

"This is going to be the best hockey around, so I'm really excited to be part of it,'' Pride assistant coach Lauren McAuliffe said as the girls of winter arrived for duty on the hottest day of the summer for practice at the Everett Allied Veterans Memorial Rink. McAuliffe is a former Harvard women's ice hockey co-captain, in 2004, and a college coach.

The Pride will practice in Everett and play home games at the Bright-Landry Hockey Center at Harvard University in Allston, weekend and holiday games through March. They're charging $20 a ticket and set to unveil a season ticket plan next week. Their logo is meant to evoke the scratch of a lioness - as in, members of a pride of lions. 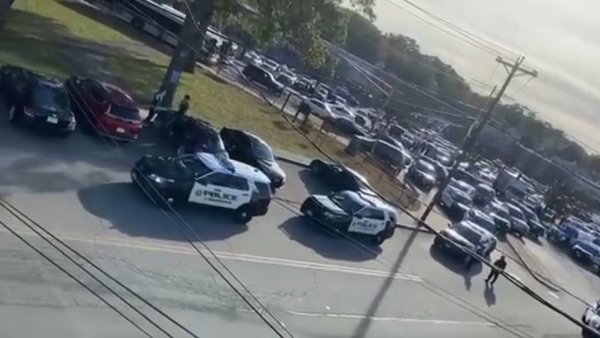 The Pride will be playing in a four-team league along with the Connecticut Whale, out of Stamford; New York Riveters, playing in Brooklyn; and Buffalo Beauts.

In the CWHL, the Blades are one of five teams, all the rest based in Canada, requiring long road trips as far west as Calgary. They are starting their ninth season in October.

The NWHL's founder and commissioner is former Northeastern University hockey player Dani Rylan. The key difference between the NWHL and CWHL is the Pride's league is guaranteeing a $10,000 minimum season salary for all players, while the Canadian league just covers travel and expenses for players. The NWHL also schedules its games entirely for Saturdays, Sundays, and Monday winter holidays, to help enable players to work regular weekday jobs that can complement hockey.

Alyssa Gagliardi, a Pride defenseman, helped the Blades win a league championship last year but said she is excited to launch something new with the NWHL. While she'll still need to pick up additional work, a guaranteed paycheck for hockey was an important consideration. "It takes up time, and we're committed to it, so it's nice to kind of get something in return, because it is essentially a job for us,'' said Galgiardi, a 2014 Cornell University graduate.

Pride goalie Lauren Slebodnick of Manchester, N.H., another 2014 Cornell graduate, was the Big Red's women's winningest netminder in history -- but spent her year after graduation working as an EMT. "That little bit of pay is allowing me to follow my dreams -- so it's really good,'' Slebodnick said.

While there have been reports of tension and conflict between the two leagues, especially after numerous defections of CWHL players to the NWHL, Canadian Women's Hockey League spokeswoman Sasky Stewart said in email: "The CWHL can't wait for the new hockey season to get started. As the world's second oldest professional women's sporting league and impassioned proponents of the women's game, we wish everyone who is taking the ice this fall the best of luck and a great start to their season.''

McAuliffe, the assistant coach, will be balancing a job as a high school math teacher in Burlington, Mass., with weekday team practices and weekend games. She and team general manager Hayley Moore said they were glad to be able to recognize the professionalism and commitment of their skaters by being able to guarantee them at least some level of base pay.

"They need to eat healthy, they need to go to the gym, and they're trying to play at the highest level of hockey,'' McAuliffe said. "In order to do that, they need to make money.''

The Pride begin their season on the road October 11 at Buffalo and have their first home game November 22.

With videographer Daniel A. Valente Jr.