Early voting is well underway in Vermont, ahead of next week's primary on Super Tuesday—which is also Vermont's Town Meeting Day.

Sen. Bernie Sanders is widely expected to cruise to victory in his home state's Democratic primary, but that doesn't mean other candidates are going away without a fight.

With phone banking and a get-out-the-vote effort, Mike Bloomberg's campaign said Monday it is trying to win over some of the constituents of Sanders.

"By being in Vermont, we're showing that Mike is competing everywhere," said Christopher Di Mezzo, the state director for the Mike Bloomberg campaign in Vermont.

Sanders, considered the frontrunner of the pack of Democrats seeking the nomination to take on President Donald Trump in November, is feeling good about his momentum following a weekend victory in Nevada.

"It's going to sweep this country," Sanders predicted this weekend, referring to the coalition of supporters he is building.

In Tuesday night's debate, he is expected to continue calling his candidacy the one that's all about the little guy.

"We are giving a voice to people who are saying we are sick and tired of billionaires like Mister Bloomberg," Sanders said in last week's debate. 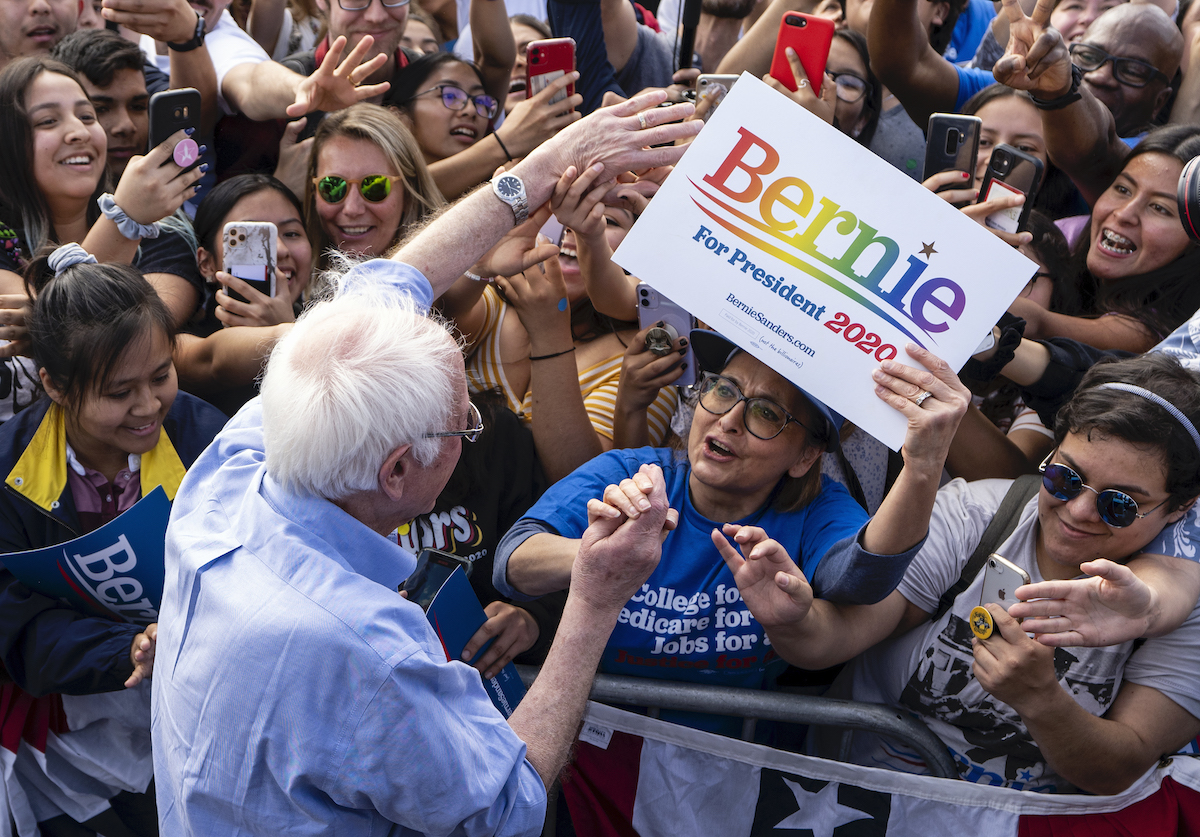 Meanwhile, the former New York City mayor has been arguing Sanders' policies are out of step with most of the country. In a campaign stop in Burlington in late January, he said he believes most Americans prefer "evolution" over the "revolution" Sanders has been calling for.

Despite that, even one Bloomberg supporter in Burlington admitted the businessman's performance seemed weak in the last debate.

"I think he's the only possible one who can beat Trump," the man said to Di Mezzo, who was hosting the get-out-the-vote effort at the campaign's Burlington headquarters. "But I'm really concerned and worried after last week's debate."

"He was getting warmed up," the campaign's state director responded. "And I think on Tuesday, we're looking forward to a strong debate."

Those campaigns and others, buoyed by volunteers, are also working to energize voters ahead of next week's primary in Vermont.

Candidates in Vermont are chasing a key number of 15%. That's how much one of them needs on primary day to get a presidential nominating delegate from the state.

Sanders was able to shut out Hillary Clinton from reaching that threshold in Vermont in 2016's primary.

Political analysts believe if any rivals can crack it this time around in Bernie's backyard, it could make for something of a small victory, even if Sanders handily wins Vermont's primary—as expected.