Sen. Markey Says He Wants to ‘Encourage Stability and Peace' With Trip to Taiwan

Markey is leading a congressional delegation on a trip to the island nation, which includes Republican Rep. Aumua Amata Coleman Radewagen, a delegate from American Samoa; Democrats John Garamendi and Alan Lowenthal from California; and Don Beyer from Virginia.

The group of U.S. lawmakers is expected to meet Monday with Taiwanese President Tsai Ing-wen on day two of the trip, which comes amid ongoing tensions between the island and China surrounding Taiwan's independence.

This stop in Taiwan is part of a larger visit to the Indo-Pacific region, and has the delegation meeting with leaders there to discuss issues such as U.S.-Taiwan relations, regional security and global supply chain issues, among other topics.

Senator Markey said on social media that he's in Taiwan to show support for the country, saying he wants to "encourage stability and peace across the Taiwan Strait."

U.S. House Speaker Nancy Pelosi's trip to Taiwan prompted days of threatening military exercises by China, including the firing of missiles over the island and into the Taiwan Strait. Pelosi is the highest-level member of the U.S. government to visit Taiwan in 25 years.

China also sent warplanes and navy ships across the waterway's median, which has long been a buffer between the sides that separated amid civil war in 1949. China regards formal contacts between U.S. politicians and the island's government as support for its independence from Beijing.

Additional drills in the seas and skies surrounding Taiwan were announced by China's People's Liberation Army on Monday, the Defense Ministry and its Eastern Theater Command announced in a statement.

The exercises are intended as a “resolute response and solemn deterrent against collusion and provocation between the U.S. and Taiwan," the ministry said.

China's previous two weeks of threatening exercises prompted Taiwan to put its military on alert, but were met largely with defiance and apathy among the public.

The other members of the delegation are Republican Rep. Aumua Amata Coleman Radewagen, a delegate from American Samoa, and Democrats John Garamendi and Alan Lowenthal from California and Don Beyer from Virginia. 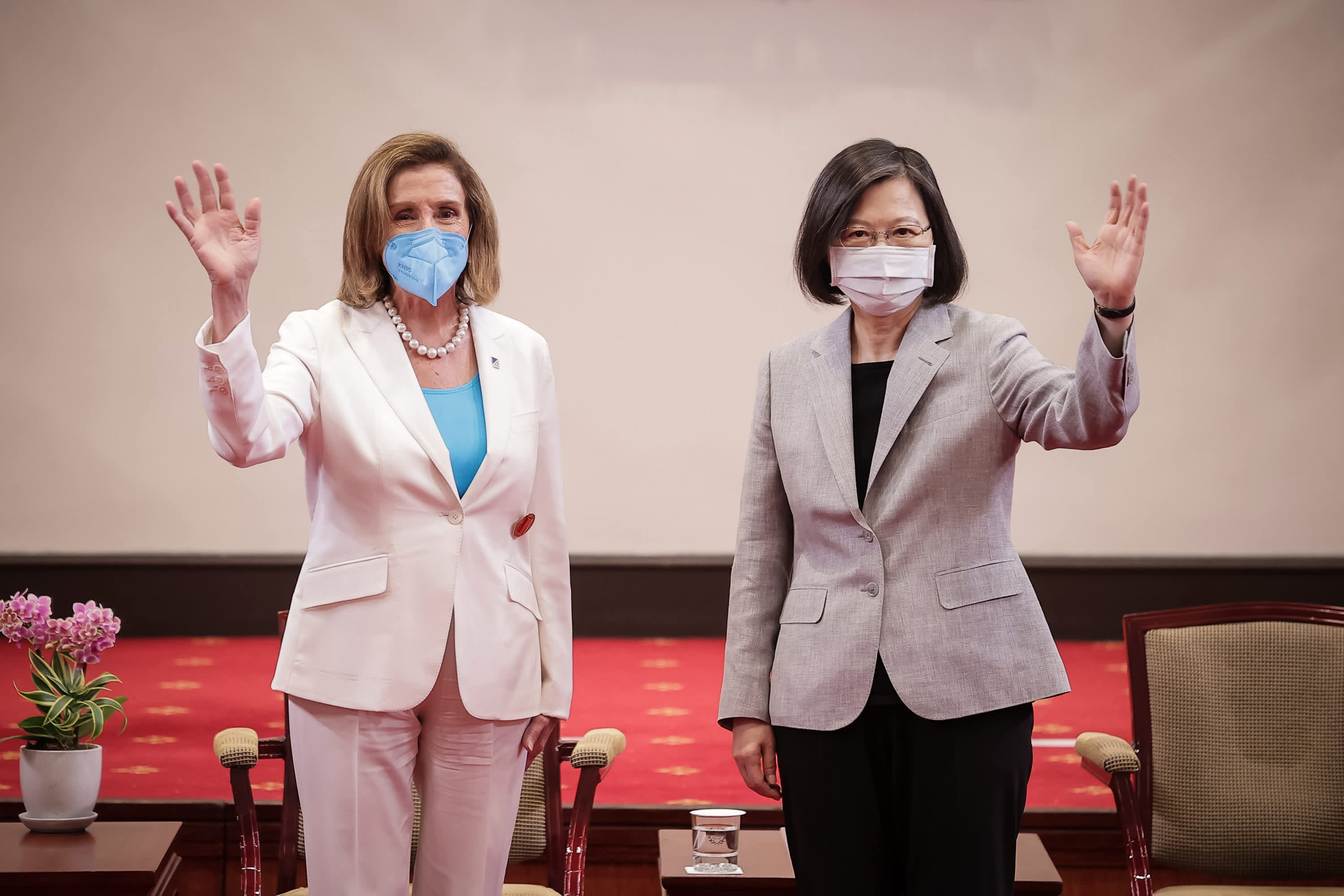 Ex-Diplomat Says There Are ‘More Intelligent Ways' for the U.S. to Support Taiwan Than to Visit