Certain states and countries have adopted vaccine passports and other ways to prove residents' vaccination status, but will that happen in Massachusetts?

Gov. Charlie Baker floated the possibility last month when he said he'd look into creating a statewide vaccination identification system that mirrors what some other states have done. But on Tuesday, Baker's office said there was no update on any work being done to establish this system.

Back in September, Baker had said it was getting to the point where it made sense to have an easy process for people to prove they have been vaccinated in case they don't have access to their vaccination card. His statement was a complete 180 from his stance on the issue in April, when he said there was no need for vaccine passports.

Meanwhile, many people in Massachusetts have already had to prove their vaccination status in order to keep their jobs, including Baker's own employees as well as those who work for the city of Boston. Vaccine passports, or COVID passes -- digital or paper proof that you were vaccinated -- could make it easier for people to comply.

As part of a new weekly series, "COVID Q&A," NBC10 Boston asked three top Boston doctors Tuesday if they see a need for a vaccine identification system here in Massachusetts.

Are vaccine passports needed in Massachusetts?

Boston Medical Center's Dr. Davidson Hamer and Dr. Daniel Kuritzkes of Brigham and Women's Hospital agreed there is a need for some sort of vaccine identification system.

Dr. Shira Doron, of Tufts Medical Center, pointed to the pros and cons.

"I think it'd be fantastic if we had a standardized approach, like many European countries are doing, for having a digital vaccine or proof of vaccination," Hamer said. "Because more and more venues -- whether it be restaurants in certain cities, like New York City or the TD Garden in Boston -- are requiring proof of vaccination before entry or a COVID test."

"I would agree. I think the issue really is making it uniform and having some reasonable approach to enforcement," Kuritzkes said. "I do think they are a good idea."

Former New York Gov. Andrew Cuomo launched the Excelsior Pass program earlier this year, a voluntary digital vaccination verification system that works with smartphones and can be used by participating residents and venues. Other states, including California, Hawaii and New Jersey, now have them as well.

Doron pointed to France, one of the first countries to implement a vaccine passport system for public places. The country extended its COVID-19 health pass requirement to include restaurants, trains and commercial centers in late August.

France’s extensions to its COVID-19 health pass went into effect Monday, now requiring people to show their vaccine pass before they can enter restaurants, trains and commercial centers.

Doron emphasized the importance of making sure people do not feel ostracized or shamed if such a system were implemented in the Bay State, which she said could risk potential future vaccine acceptance and push people to become more "anti-establishment."

"We do need to be compassionate with them," she said of unvaccinated people. "We do need to acknowledge that, if we bar them from entry to certain places, that is driving a wedge between people that may lead to anger."

What potential problems could arise?

Both Hamer and Kuritzkes expressed logistical concerns about implementing such a system through a digital app. They pointed to important factors to take into consideration, including cybersecurity and enforcement.

"It has to be secure -- one that can't be cracked where people can counterfeit their data," Hamer said. "I think that to just be able to quickly flash up your proof of vaccination and retesting would be very helpful in. Otherwise, if you're just taking a picture of your vaccine card, it's going to be more time consuming and potentially fraught with problems."

When talking about enforcement, Kuritzkes pointed to a time before the vaccines when Massachusetts had travel orders in place that required people to quarantine or produce a negative COVID-19 test.

"I flew a couple of times during that and there was nobody in Logan Airport even telling you what you were supposed to do, let alone checking to see that you have done that," he said. "It became widely known that the policy was really not enforced at all and so, I think if there were to be vaccine passports, there would need to be a mechanism for ensuring uniformity."

Other parts of the country continue to see higher case rates, Kuritzkes noted, which makes this type of system valuable when it comes to mitigating potential outbreaks.

"If we're going to have people from those parts of the country traveling to the state for personal reasons or for business, we want to make sure that these individuals are not bringing COVID with them," he said. "And having vaccine passports would be one way of reducing the chance that they might."

Doron said some countries that adopted vaccine passports did away with them after a certain percentage of the population was vaccinated.

"Here in Massachusetts, we are already at a relatively high rate of vaccination with declining cases," Doron said. "So I wonder if this is even the right time to go down that path, which could be difficult."

Massachusetts health officials on Tuesday reported that a total of 4,667,841 residents have been fully vaccinated. Over 9.7 million vaccine doses have now been administered in Massachusetts. 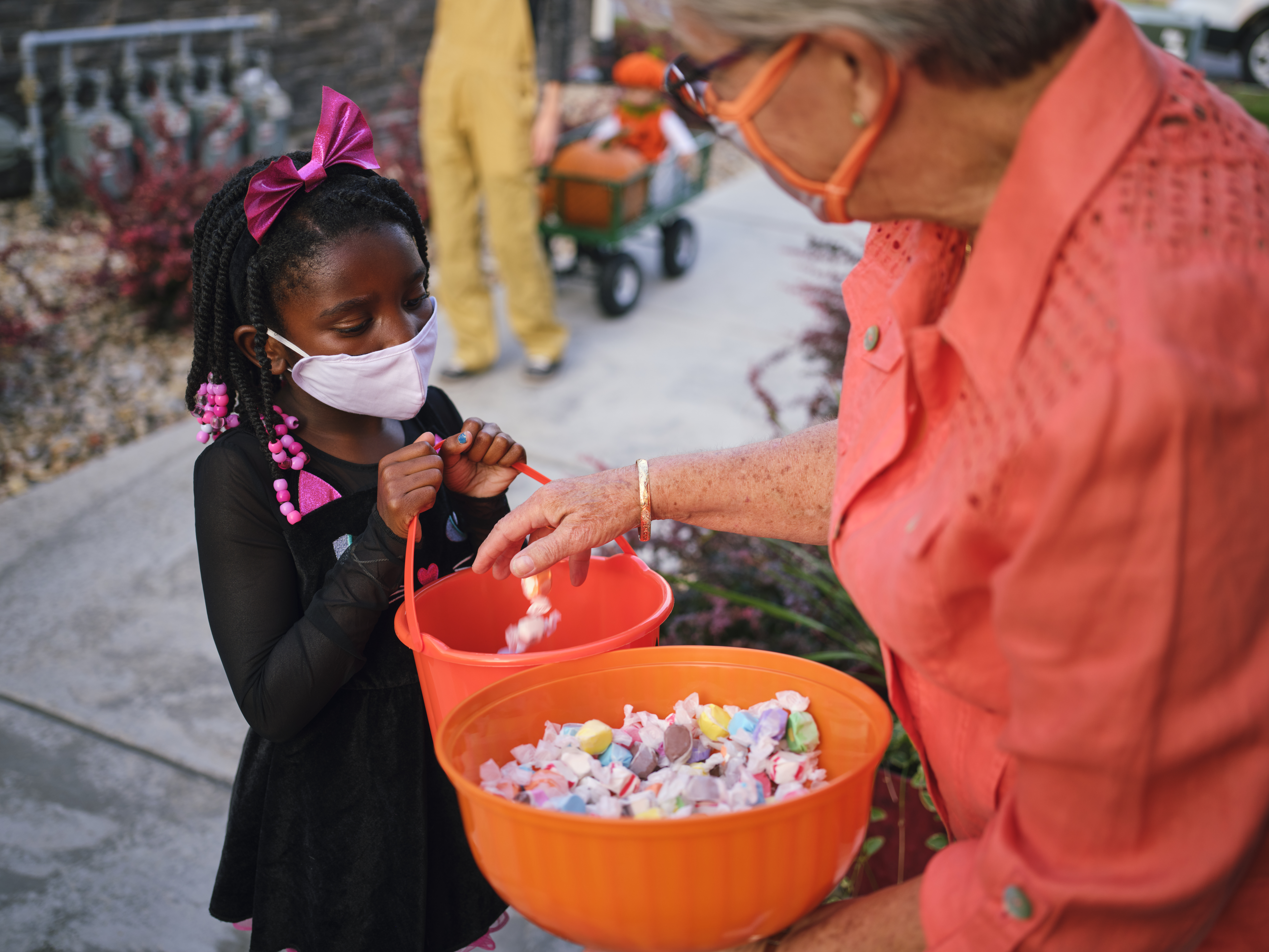 Is It Safe to Trick-or-Treat This Halloween? Boston Doctors Weigh in