State troopers stopped drivers Friday, asking them to provide information that could help solve a murder

Vermont State Police returned Friday to where a delivery driver from Boston was found shot to death last week. Troopers were asking people who regularly travel an area off Interstate 91 to come forward with information that could help them solve a murder.

Vermont State Police believe 44-year-old Roberto Fonseca-Rivera of Boston was shot in the head and neck early-afternoon on Nov. 1 on Route 103 in Rockingham. A week later, troopers were back on the stretch of road where the driver was found dead in his produce truck.

They were handing out flyers, hoping to reach people who regularly travel through the area and ask if they had seen the Katsiroubas Wholesale Fruit & Produce vehicle driving Route 103 on Nov. 1, or anything else that seemed suspicious.

Detectives are also looking for any video of the road from that afternoon.

The delivery truck, with apparent bullet holes in the driver’s side windshield, was parked in a fenced-in area behind the Vermont State Police Barracks in Westminster Friday, as the investigation continues.

Inside the barracks, Lt. J.P. Schmidt urged anyone with information—even a small recollection—to come forward. 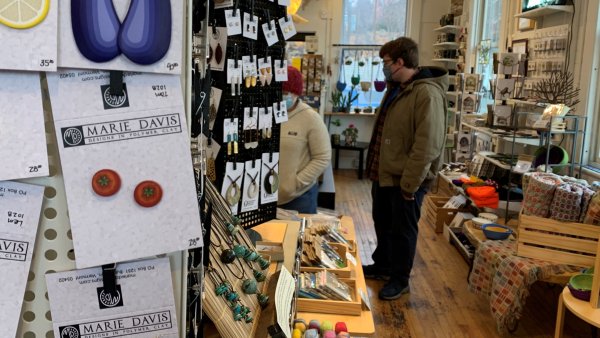 “We’ve collected a lot in the last week that we’re still processing,” Schmidt told reporters. “Being a week away from the incident—just timing-wise, it’s literally a week to the day—so we’re just trying to jog people’s memories and just motivate people to contact us.”

Schmidt declined to provide much specific information about the case or discuss any possible leads, citing the sensitive, ongoing nature of the detective work.

One of the questions from media organizations the lieutenant declined to answer was whether the shooting might’ve been related to a federal drug trafficking case involving the victim.

Earlier this week, Fonseca-Rivera’s boss told NECN and NBC 10 Boston he was a great worker and a kind man.

“He was always in uniform, he was always on time,” Ted Katsiroubas said Monday of Roberto Fonseca-Rivera, praising his work ethic and helpful attitude on the job. “We sincerely hope we’ll be able to expedite any search and figure out what happened and figure out why this tragedy occurred.”

State Police reiterated that even a seemingly minor bit of information could be a big help to their case, so they want to hear from the public at the barracks in Westminster. The phone number to the barracks is 802-722-4600.

Alternatively, tipsters can submit information online, where they can remain anonymous.