Not Over Yet: Gulf Coast Braces for 2nd Round of Flooding in Sally's Wake

Sally's rainy remnants pushed farther inland across the Southeast, causing flooding in Georgia and threatening more of the same on Friday in North Carolina and Virginia

Homeowners and businesses along the soggy Gulf Coast began cleaning up Thursday in the wake of Hurricane Sally, even as the region braced for a delayed, second round of flooding in the coming days from rivers and creeks swollen by the storm's heavy rains

In hard-hit Pensacola and surrounding Escambia County, where Sally's floodwaters surged through downtown streets and lapped at car door handles on Wednesday before receding, authorities went door-to-door to check on residents and warn them the danger wasn't over.

“We are not out of the woods yet,” said Escambia County emergency manager Eric Gilmore. 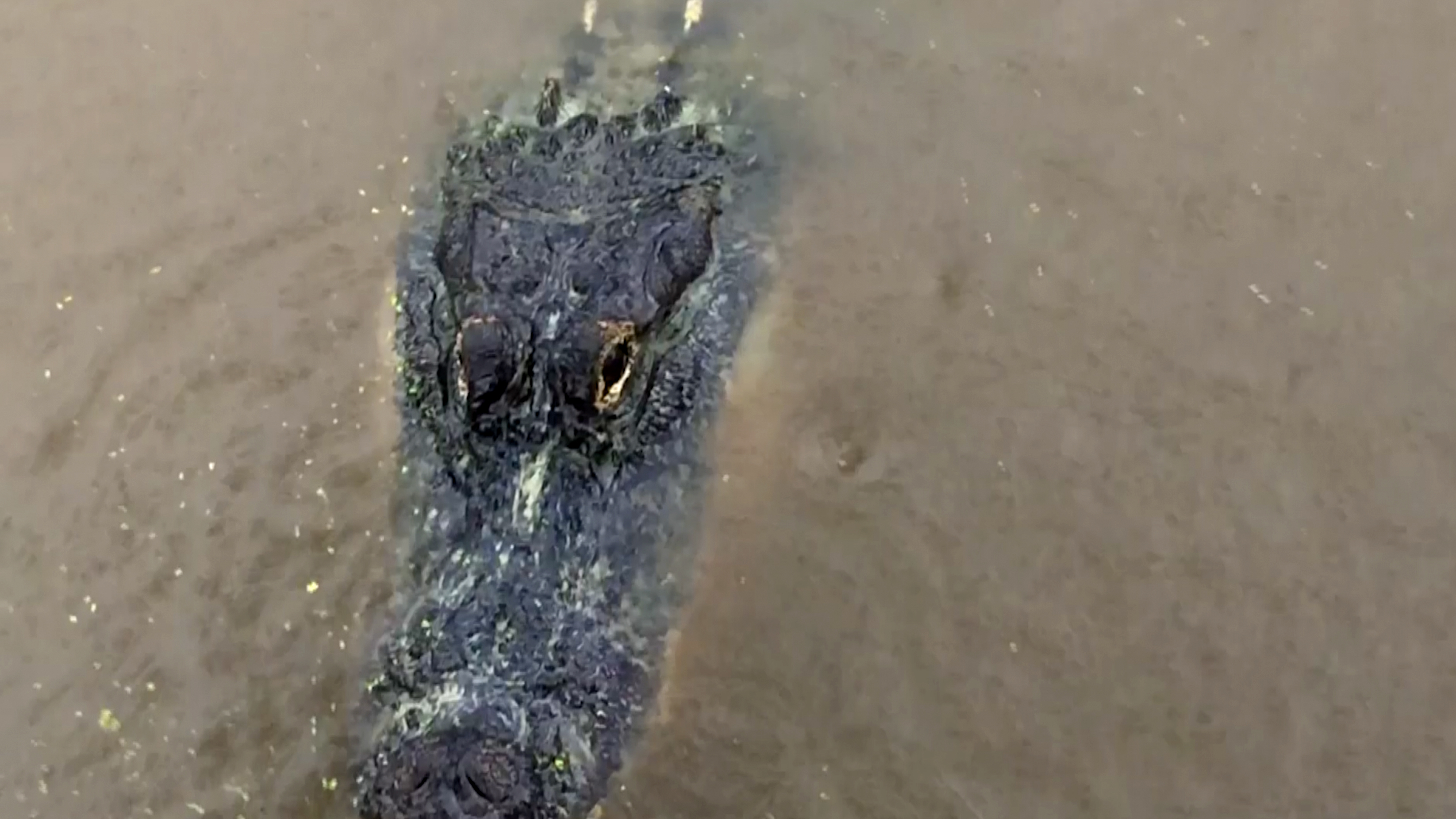 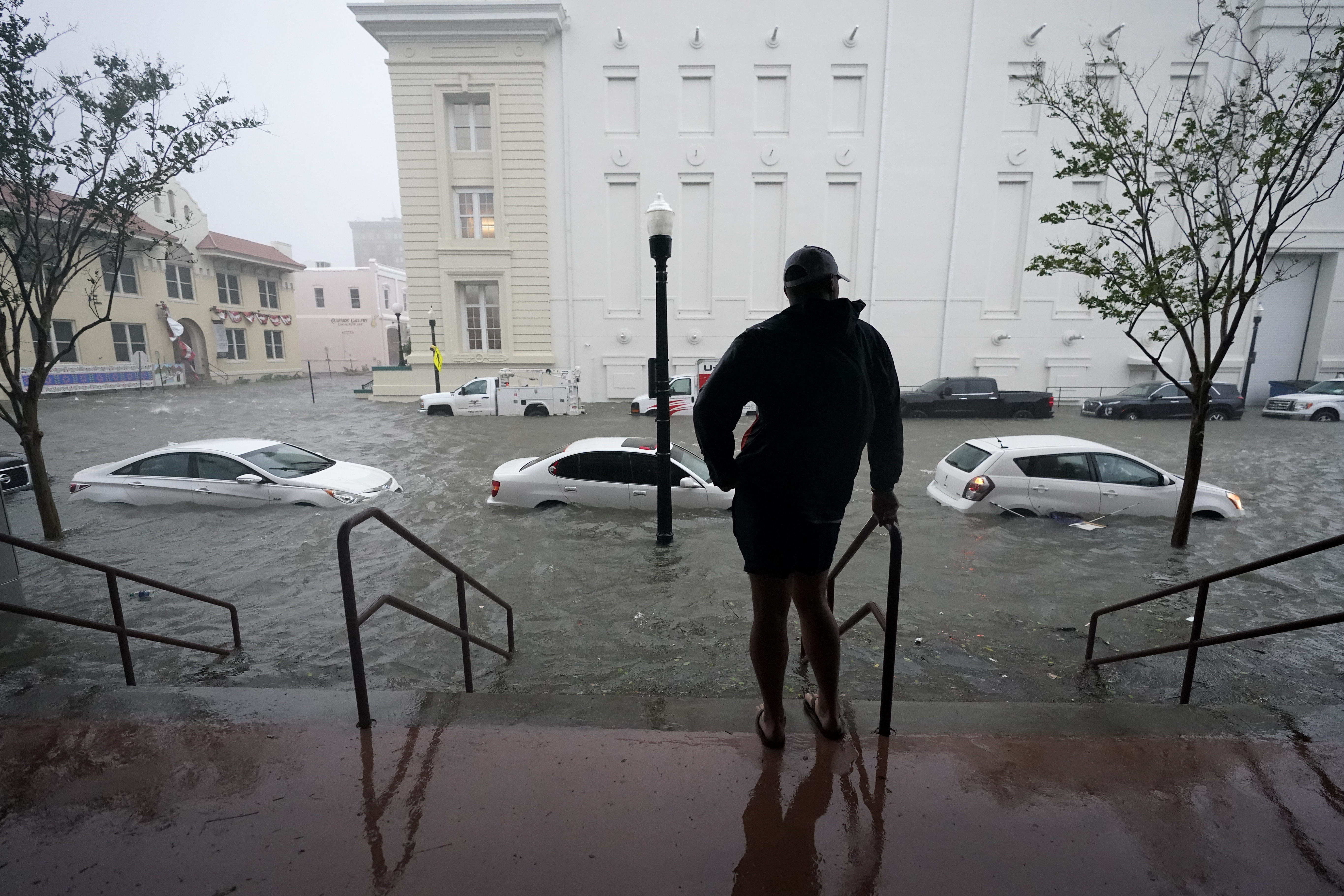 With the Florida Panhandle and Alabama on alert, Sally's rainy remnants pushed farther inland across the Southeast, causing flooding in Georgia and threatening more of the same on Friday in North Carolina and Virginia. Forecasters said Georgia could get up to a foot (30 centimeters), and South Carolina 10 inches (25 centimeters).

Along the Gulf Coast, officials inspected shut-down highways and bridges for damage. A section of the main bridge between Pensacola and Pensacola Beach collapsed after it was hit by a barge that broke loose during the storm.

At least 400 people in Escambia County were rescued by such means as high-water vehicles, boats and jet skis, county Public Safety Director Jason Rogers said. At least one death, in Alabama, was blamed on the hurricane, and more than a half-million homes and businesses were without electricity on the morning after the storm in Florida, Alabama and Georgia.

A few people cleaned up in Bristol Park, a creekside neighborhood where as much as 4 feet (1.2 meters) of water filled brick homes north of Pensacola.

Susan Cutts’ parents fled rising water inside their home into the garage, where they desperately called for help on a dying cellphone until aid arrived.

“They were on top of their car when they got to them,” Cutts said.

At least eight waterways in southern Alabama and the Florida Panhandle were expected to hit major flood stage by Thursday. Forecasters warned that some of the crests could break records, submerge bridges and flood homes.

Flooding in central Georgia forced Robins Air Force Base south of Macon to close one of its entrances and delay the start of the workday for some employees. Elsewhere in Georgia, sheriffs reported numerous trees down and some highways and streets closed because of high water.

Sally blew ashore near Gulf Shores, Alabama, with 105 mph (165 kph) winds, unloading more than 2 feet (61 centimeters) of rain near Naval Air Station Pensacola before weakening into a tropical storm and then a depression. Pensacola streets looked like river rapids, and parked cars were swamped.

At a downtown marina, at least 30 sailboats, fishing boats and other vessels were found clumped together in a mass of fiberglass hulls and broken docks. Some boats rested atop sunken ones.

The hurricane also drove two large ferry boats into a concrete seawall and left them grounded. The boats had been purchased with BP oil spill money.

“This is kind of the initial salvo,” Florida Gov. Ron DeSantis said of the hurricane’s onslaught, “but there is going to be more that you’re going to have to contend with.”