Congress Seeks to Block Goods From China Over Forced Labor

The U.S. Chamber of Commerce opposes both bills

A bipartisan bill aimed at keeping goods out of the U.S. that are made with the forced labor of detained ethnic minorities in China passed overwhelmingly Tuesday in the House of Representatives despite concerns about the potential effects on global commerce.

The House voted 406-3 to declare that any goods produced in the vast Xinjiang region of northwestern China are presumptively made with the forced labor of detained Uighurs and other ethnic minorities, and therefore banned from being imported to the U.S.

If enacted into law, it could have significant ripple effects in global trade by forcing companies to avoid a region that products 80% of the cotton in China, one of the world's top producers of the fiber, as well as tomatoes and manufactured goods.

Members of Congress say the measure is needed to press China to stop a campaign that has resulted in the detention of more than 1 million Uighurs and other predominantly Muslim ethnic groups under brutal conditions. 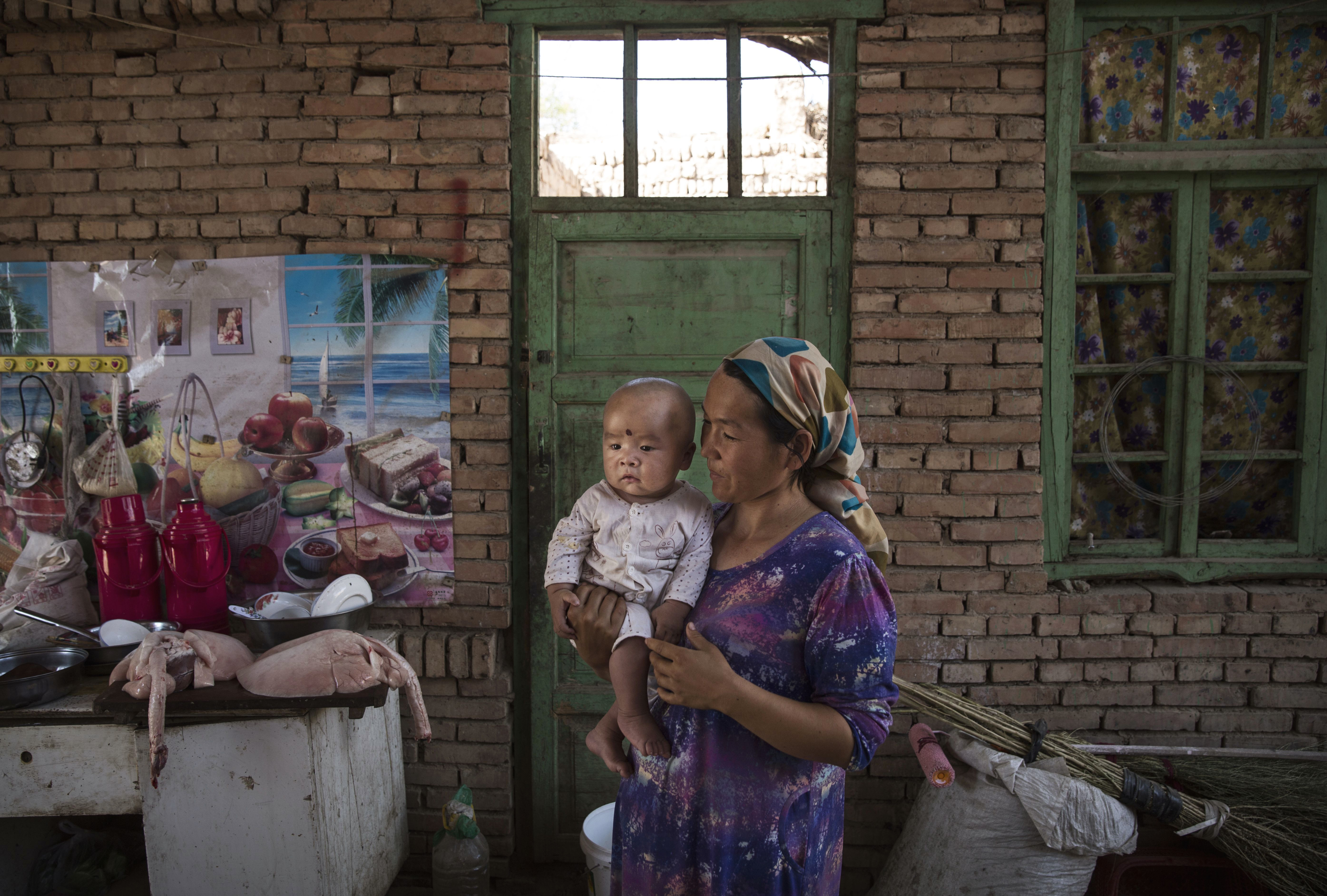 “If America does not speak out for human rights in China because of commercial interest we lose all moral authority to speak about human rights anywhere in the world,” House Speaker Nancy Pelosi said in defending the bill on the House floor.

The bill was authored by Rep. Jim McGovern, a Massachusetts Democrat, and had dozens of co-sponsors from both parties. It now goes to the Senate for consideration.

House members also called for passage of a companion bill that would require all publicly-traded companies in the U.S. to disclose whether any of their goods or any part of their supply chain can be traced to internment camps or factories suspected of using the forced labor of ethnic minorities in China.

That bill was authored by Rep. Jennifer Wexton, a Democrat from northern Virginia whose district is home to one of the largest Uighur communities in the U.S. A vote on that measure was put on hold, perhaps until next week.

The U.S. Chamber of Commerce opposes both bills, arguing in an letter to House members that the measures would cause companies to cease doing business in Xinjiang altogether, harming legitimate producers and manufacturers, because there is no effective way to inspect and audit suppliers in the region.

In his RNC speech on Tuesday, US Secretary of State Mike Pompeo insured Americans that China promises to follow phase one of the trade deal. Chad Bown, Senior Fellow for the Peterson Institute for International Economics, stops by to break down the deal and says we are nowhere near close to the level of commitment that was promised.

In the letter, the Chamber urged Congress to develop “targeted foreign policy tools and to work with the business community to combat these abuses."

There is strong sentiment among Republicans and Democrats to impose penalties on China amid increasingly bitter relations between the two nations over a range of issues, including trade, espionage and the coronavirus outbreak.

Some companies and trade groups oppose a region-wide declaration because it puts the burden on private enterprises to ensure an often complex, global supply chain is free of materials that have been produced with forced labor.

Imports made with forced labor have been banned since 1930 to ensure fair trade. Enforcement has increased in recent years and U.S. Customs and Border Protection has blocked shipments by eight companies and entities operating in Xinjiang over the past year. The bill passed Tuesday would go further, shifting the burden to any company that operates in Xinjiang or buys goods from there to prove their goods are not tainted.

“It’s going to require some dislocation,” said Rep. Earl Blumenauer. “We may even pay a dime or two more for a pair o socks or a T-shirt.”

Foreign policy expert Scott Caine breaks down on recent tensions with China and what's on the horizon between the two superpowers.

But it’s worth it to not be complicit in “horrific oppression,” the Oregon Democrat said.

A non-governmental organization, the Worker Rights Consortium, says about one in five cotton garments sold in the U.S. contain content from the Uighur region.

Republicans and Democrats have been vocal in their condemnation of China over the treatment of Uighurs and other ethnic minorities in the Xinjiang region. Since 2017, more than a million people have been swept up into vast internment camps where they are subjected to re-education programs intended to force them to assimilate into the dominant Han Chinese culture.

The Chinese government has portrayed its activities in Xinjiang as part of a campaign against a violent separatist movement and bristles at criticism of what it considers an internal manner. It says the camps are vocational training centers and denies allegations of what U.S. officials and human rights groups say amount to slavery in the region.

President Donald Trump signed legislation in June imposing sanctions on Chinese Communist Party officials over its treatment of the Uighurs and other minorities.

President Donald Trump on Tuesday signed a bill and executive order that he says will hold China accountable for its oppressive actions against the people of Hong Kong. "[Hong Kong's] freedom's been taken away, their rights have been taken away and with it goes Hong Kong in my opinion," he said.

That was the same day as the release of a book from former national security adviser John Bolton, in which he said that Trump told Chinese President Xi Jinping that he was right to build detention camps to house hundreds of thousands of ethnic minorities.

Trump later told Axios in an interview that he did not want to jeopardize trade talks with China by penalizing the government for its campaign against minorities in Xinjiang.