In Eastern Ukraine, Keeping the Lights on Is a Dangerous Job

“The repair crews have to go to the areas of combat operations, which is dangerous," said Vadym Lyakh, head of Sloviansk’s military administration

As the fighting in eastern Ukraine inches forward, Russian attacks are knocking out power, water and gas to entire towns and cities — and the utility crews sent to repair the smashed transmission lines and pipes are finding themselves in the middle of the shelling.

Crews sometimes arrive at a location only to be forced to retreat because of the fighting, officials say. Some villages are impossible to reach.

“It is dangerous, because we can hear the shells whistling above us,” said Sergii Marokhin, a water systems engineer in the town of Bakhmut, which has come under increased shelling recently as Russian forces press their offensive in the Donetsk region of the Donbas, Ukraine’s eastern industrial heartland.

Shelling the day before had damaged water pipes in a nearby village and in Bakhmut itself that he and his crew had been repairing that morning. There was a sewage pipe to fix, and damage to water lines in other nearby villages.

Even on quiet days, there is still regular maintenance work to be done.

“People still go to work during the war,” he said with a shrug.

In some hard-hit places, people have been forced to rely on makeshift outdoor ovens and stoves built out of bricks and stones.

“As of today, half of the city is without water. The other half of the city takes water from boreholes,” Oleksandr Marchenko, deputy head of the Bakhmut military administration, said Wednesday. A dam to the north had been blown up, drying up the canal that runs past Bakhmut, he said. 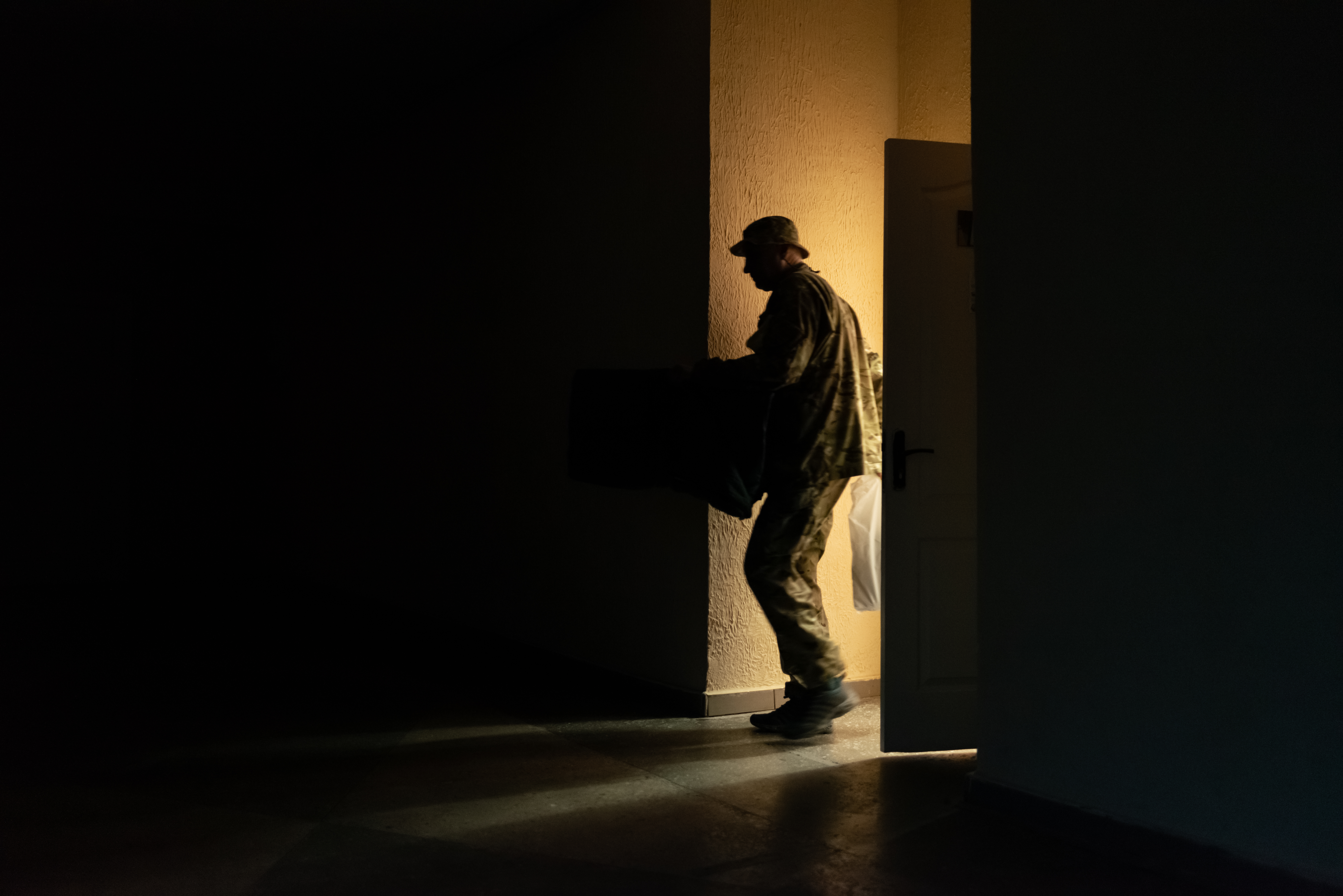 As Ukraine Loses Troops, How Long Can It Keep Up the Fight?

The city has a backup water supply, but downed power lines disrupted the pumping of the water. Engineers hoped to repair the damage if it was safe to do so.

“Unfortunately, the city gets bombed every day,” Marchenko said. As if to prove his point, mortar shells whistled over his head, sending him diving onto a grassy riverbank for cover.

The mortar fire landed with a thump in the northern part of the city, sending up puffs of black smoke.

“There is no gas, no electricity, no water!” thundered Viktor Paramonov as he and a few others on the edge of Bakhmut prepared to cook on a makeshift open-air stove consisting of a wood fire and a metal plate balanced on bricks. "There is nothing.”

A nearby construction materials factory had been destroyed in bombing a few days earlier. In mid-May, the apartment building next to his was struck, collapsing part of it.

Farther north in Sloviansk, a generator whirred in city hall after power was knocked out because of high-voltage lines downed by fighting just to the east. The water supply was also cut.

“The repair crews have to go to the areas of combat operations, which is dangerous," said Vadym Lyakh, head of Sloviansk’s military administration.

City authorities delivered water from reservoirs to the Sloviansk's inhabitants, who number around 30,000, down from a prewar 100,000, he said. Others used communal water pumps.

Behind a series of apartment buildings pockmarked by shrapnel from a recent rocket strike, residents filled buckets and plastic bottles from an old yellow pump in the street.

The pump takes too much strength to operate, grumbled an older man. Some women have to wait for a man to come by and work the lever, he said, as he put together a small metal stove to cook lunch outdoors.