This fall and winter have upended life for working parents of little children, who thought the worst of the pandemic was behind them

Forty-seven. That’s how many days of child care Kathryn Anne Edwards’ 3-year-old son has missed in the past year.

RSV, COVID-19 and two bouts of the dreaded preschool scourge of hand, foot and mouth disease struck one after another. The illnesses were so disruptive that the labor economist quit her full-time job at the Rand Corp., a think tank. She switched last month to independent contract work to give her more flexibility to care for her son and 4-month-old daughter.

In the first and even second year of the COVID-19 pandemic, multi-week quarantines and isolations were common for many Americans, especially children. But nine weeks of missed child care, nearly three years in?

“The rest of the world has moved on from the crisis that I’m still in,” said Edwards, who studies women’s issues. “That’s sometimes how it feels like to me.”

This fall and winter have upended life for working parents of little children, who thought the worst of the pandemic was behind them. The arrival of vaccines for younger children and the end of quarantines for COVID exposure were supposed to bring relief.

Instead, families were treated to what some called a “tripledemic.” Flu, COVID-19 and respiratory syncytial virus cases collided, stressing children’s hospitals and threatening the already imperiled child care system. Even parents of babies with less serious cases of COVID-19 have run into 10-day isolation rules that have taxed the patience of employers. What to Know About New COVID Variant XBB.1.5 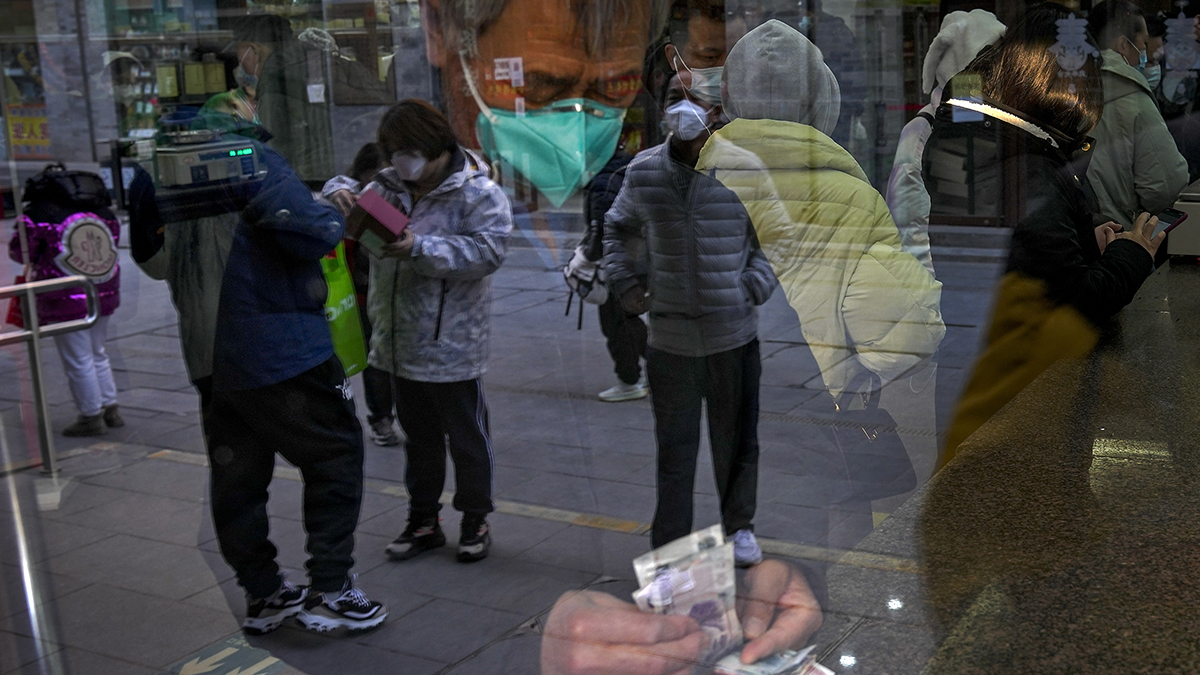 The instability has hurt many working parents’ finances. Most of those who missed work in October because of child care problems didn’t get paid, according to an analysis from the Center for American Progress, a left-leaning think tank.

Now, doctors are bracing for the number of sick children to rise after families gathered for the holidays.

“I think we’re going to have to be ready to do it all over again,” said Dr. Eric Biondi, director of pediatric hospital medicine at the Johns Hopkins Children’s Center in Maryland.

“This is the worst year I’ve ever seen in my entire life,” said Shaunna Baillargeon, owner of Muddy Puddles Early Learning Program in Uxbridge, Massachusetts. She faces “a constant battle of staff and children being sick with a different virus every day,” with no backups if a teacher calls in sick.

At the Washington, D.C., day care where Jana Williams teaches, illness has caused classroom shutdowns almost weekly since October. Her 19-month-old daughter is also enrolled there, coming down with the same viruses.

“It’s stressful,” she said before Christmas, when she was home with her sick toddler. “You want to stay home and care for your child. But then it’s like, you have to get to work.”

During the early months of the pandemic, women in the prime of their careers left the labor market at a rate far exceeding men. They were more likely to work in the service-oriented fields that were decimated, and they often were caring for children, Edwards said.

The CDC said the new COVID-19 variant is responsible for 75% of new cases.

Women have since returned to the workforce, particularly women of color, said economist Diane Swonk of professional services firm KPMG.

But the participation of prime-age working women in the U.S. lags most industrialized nations, Swonk said. Advocates have long blamed the country’s lack of universal preschool and paid family leave.

Finding child care and heading back to work has proved far from simple. At the pandemic’s height, more than one-third of day care jobs were lost, Edwards said. Staffing hasn’t fully recovered. As of November, the country had 8% fewer child care workers than before the pandemic, Bureau of Labor Statistics data shows.

The strong labor market has driven up the cost to hire new workers. That means child care spots are pricey and hard to find. Even centers with openings may close when staff or kids are sick.

That babies and toddlers are prone to illnesses adds to the challenge. In the wake of COVID, day cares are more anxious about accepting a snotty toddler.

Isolation guidelines have hit parents of babies especially hard. While older preschoolers who have COVID-19 may return with masks after five days, the Centers for Disease Control and Prevention recommends children under 2 stay home for 10 days, or until they test negative twice, 48 hours apart.

One issue is masks aren’t recommended for the under-2 crowd. Their smaller airways mean wearing them can increase the risk of suffocation, according to Nationwide Children’s Hospital in Ohio.

Not all centers are adhering to the CDC’s guidance. But many are following it to the letter, or even going further.

When Chicago educator Tamisha Holifield and her daughter had COVID-19 in May, the toddler had to miss 15 days of child care. Bouts of colds have followed, in what Holifield described as a “constant whirlwind” of sickness that has been stressful both financially and emotionally.

“It’s a major inconvenience. But I’m a single parent, so I don’t have a choice. If I drop the ball, the game is over,” Holifield said.

Disruption from illness can have ripple effects on young kids. Unduly stressed parents can become a stress on the baby, which can in turn cause sleep, gastrointestinal or socialization problems, said Dr. Sherri Alderman, a developmental-behavioral pediatrician.

The situation has also strained employers. Brad Lukas, chief nursing officer at Corewell Health Beaumont Grosse Pointe Hospital in Michigan, has seen eight or nine nurses calling out per shift, some because of sick children.

“We’re seeing a lot of people reduce their hours,” Lukas said. His own wife cut back nursing shifts so she can mostly stay home with their young children.

The continued chaos for young families is isolating, especially when other Americans’ lives are back to normal, said Lauren Hipp, early learning chief at MomsRising, an advocacy organization.

“I feel pretty angry about it,” said Hipp, whose own 2-, 6- and 8-year-old children have been wracked with illnesses, including RSV. “To feel like society has passed you by is a really difficult and lonely feeling.”

Savage is a corps member for the Associated Press/Report for America Statehouse News Initiative. Report for America is a nonprofit national service program that places journalists in local newsrooms to report on undercovered issues.

The Associated Press education team receives support from the Carnegie Corporation of New York. AP is solely responsible for all content.