Someday, perhaps, John Roberts will swear in a new president who doesn’t wish someone else was chief justice of the United States.

Wednesday won’t be that day.

When Roberts leads President-elect Joe Biden in the oath of office, security will be unusually tight following the Jan. 6 riot at the U.S. Capitol, and inaugural events will be curtailed because of the coronavirus pandemic.

But it will be the fourth time that Roberts will stand across from a man who either voted against his confirmation to the Supreme Court or has made no secret of his unflattering views of the chief justice.

Security has been ramped up across the country ahead of President-elect Joe Biden’s inauguration as threats against the U.S. Capitol and state capitals continue to be a major concern. Charles Marino, CEO of Sentinel Security Solutions, breaks down the steps being taken to ensure a successful transition of power and what it is costing the country.

Biden was one of 22 senators who voted against Roberts in 2005. Another was President Barack Obama, who twice took the oath from Roberts. President Donald Trump has castigated the chief justice as a “disgrace” for his role in upholding Obama’s health care overhaul. Roberts presided over Trump's first impeachment trial last year and could preside over his second, as well.

Roberts is far from the only justice whose confirmation Biden and Vice President-elect Kamala Harris opposed. Biden, who was a senator from Delaware for more than 35 years, also voted not to confirm Justices Clarence Thomas and Samuel Alito. Harris, a California senator, cast votes against the nominations of the three Trump appointees to the high court: Justices Neil Gorsuch, Brett Kavanaugh and Amy Coney Barrett.

It’s the first time in American history that the incoming president and vice president have together voted against a majority of the court.

The unusual milestone reflects that both halves of the Democratic ticket served in the Senate at a time of increasing political polarization that found full expression in Supreme Court nomination fights.

Tens of thousands of soldiers, police and federal agents are working to secure Washington ahead of President-elect Joe Biden's inauguration.

“It’s more partisan, more polarized, more contentious than at any time since” after the Civil War, said Richard Friedman, an expert on Supreme Court history at the University of Michigan law school.

But Friedman and others dismissed the idea that bruised feelings would play any role in how justices decide cases.

“It’s a remarkable thing what life tenure does. It can diminish the force of any kinds of grudge. You don’t need to get back at anybody,” Friedman said.

Deanne Maynard, an appellate lawyer who served as a Supreme Court clerk in the 1990s and also worked in the Justice Department, said it would be a mistake to think justices allow personal feelings to influence decisions.

In 1789, George Washington was elected as the first president of the United States. As we prepare for President-elect Joe Biden's swearing-in, here is a look at our country's very first presidential inauguration.

“The court likes to think of itself as approaching, and does try to approach, every case on its facts and on its own law. I can’t imagine the justices are thinking back to the tally in their confirmation hearings when they decide any given case,” Maynard said.

Roberts’ record on issues that were important to Obama and Trump offers support to the idea that deciding cases isn’t personal. He cast the decisive vote and wrote the opinion that upheld Obama’s health care law in 2012. He also upheld Trump’s ban on travel from several mostly Muslim countries in 2018, then ruled against Trump on other immigration-related cases, including the administration’s failed effort to add a citizenship question to the 2020 census and wind down protections for about 650,000 immigrants brought to the country illegally as children.

Biden and Harris also are taking office at a time when the court is more conservative than it’s been since the early days of the New Deal and Franklin Delano Roosevelt’s administration.

If the administration runs into trouble at the Supreme Court, it’s likely to be over a clash of ideologies. 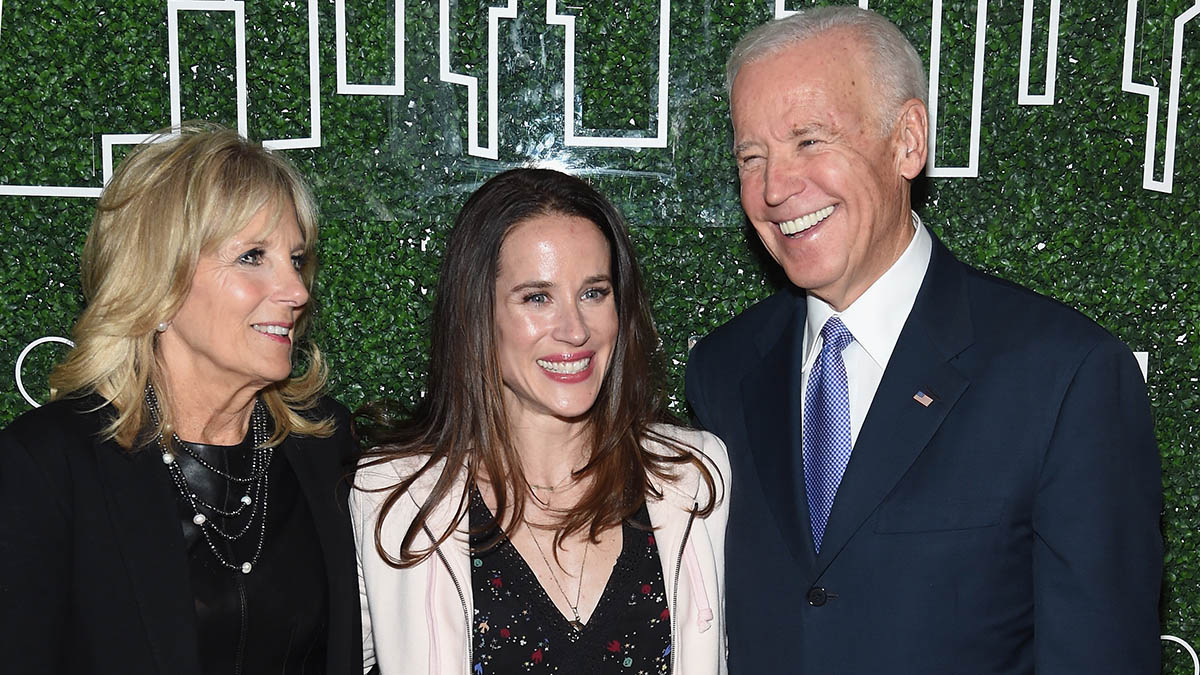 Ashley Biden on Her Dad's Safety Ahead of Inauguration: ‘Yes, You Worry' The court’s conservatives “are not going to necessarily like big pieces of legislation,” said University of South Carolina political scientist Jessica Schoenherr. When Roberts joined the liberal justices in the 2012 “Obamacare” case, four conservative justices were prepared to strike down the law in its entirety.

Efforts by the new administration to reverse Trump positions on some issues also could meet resistance on the court, Maynard said. “To the extent it is a situation where the Biden administration might take a different view, then I think that’s where the composition of the court might matter,” she said.

Presidents don’t always see eye to eye even with the justices they put on the court. In addition, preserving the court’s independence is practically an obsession of Roberts’, Friedman said.

“All justices are very conscious of their role,” he said. “They may not always be totally dispassionate, but it’s not as if they go in saying, ‘I like this president, let me do him a favor.’”

The attack on the U.S. Capitol and threats of more violence have prompted law enforcement agencies to take extreme steps to ensure the security of President-elect Joe Biden's inauguration events. David Fahrenthold of The Washington Post joined LX News to explain what to expect on Inauguration Day and how little precedent there is in U.S. history for this type of security action.

Trump has criticized his three appointees for failing to take his side in election challenges.

President Theodore Roosevelt was enraged when Justice Oliver Wendell Holmes voted against the president in a major antitrust case. “Out of a banana I could carve a firmer backbone,” Roosevelt said of Holmes.

President Dwight Eisenhower also soon regretted his choice of Chief Justice Earl Warren, referring to the man who led the court during its liberal era “the biggest damned-fool mistake I ever made.”