Lawyers on Standby If Cloudy Election Outcome Heads to Court

Both sides say they're ready, with thousands of lawyers on standby to march into court to make sure ballots get counted, or excluded

Democratic and Republican lawyers already have gone to court over these issues in the run-up to Tuesday's election. But the legal fights could take on new urgency, not to mention added vitriol, if a narrow margin in a battleground state is the difference between another four years for President Donald Trump or a Joe Biden administration.

Both sides say they're ready, with thousands of lawyers on standby to march into court to make sure ballots get counted, or excluded.

Since the 2000 presidential election, which was ultimately decided by the Supreme Court, both parties have enlisted legal teams to prepare for the unlikely event that voting wouldn't settle the contest. But this year, there is a near presumption that legal fights will ensue and that only a definitive outcome is likely to forestall them.

Election Week 2020 will be unlike any other in history, with more votes, more emotion – and more misinformation than ever. It’s that intentionally-deceptive information, designed to manipulate us, that threatens our democracy. And as NBCLX’s Noah Pransky explains, it's up to all of us to help stop it from spreading.

It's impossible to know where, or even if, a problem affecting the ultimate result will arise. But existing lawsuits in Pennsylvania, North Carolina, Minnesota and Nevada offer some hint of the states most likely to be ground zero in a post-election battle and the kinds of issues that could tie the outcome in knots.

Roughly 300 lawsuits already have been filed over the election in dozens of states across the country, many involving changes to normal procedures because of the coronavirus pandemic, which has killed more than 230,000 people in the U.S. and sickened more than 9 million.

Most of the potential legal challenges are likely to stem from the huge increase in absentee balloting brought on by the coronavirus pandemic. In Pennsylvania, elections officials won't start processing those ballots until Election Day, and some counties have said they won't begin counting those votes until the following day. Mailed ballots that don’t come inside a secrecy envelope have to be discarded, under a state Supreme Court ruling.

“I still can't figure how counting and verifying absentee ballots is going to go in some of the battleground states like Pennsylvania,” said Ohio State University law professor Edward Foley, an election law expert.

The deadline for receiving and counting absentee ballots is Friday, an extension ordered by the Pennsylvania's top court. The Supreme Court left that order in place in response to a Republican effort to block it. But several conservative justices indicated they'd be open to taking the issue up after the election, especially if those late-arriving ballots could mean the difference in the state.

Both presidential campaigns head west Wednesday, vying for Arizona's 11 electoral votes. Joe Biden is also making a bid for red-state Texas, a huge haul with 38 delegates, as Donald Trump tries to hold onto the trio of midwest states he won from Democrats four years ago.

Trump, though, was not happy the extension was left in place, even though Pennsylvania will keep those ballots separate from the rest in case of renewed court interest.

“This is a horrible thing that the United States Supreme Court has done to our country," Trump said in Pennsylvania Saturday.

On Sunday, he said that as soon as the polls close, “We’re going in with our lawyers.”

Like Pennsylvania, North Carolina also has seen a court fight between Democrats who support extending the deadline for absentee ballots and Republicans who oppose it. The issue is a six-day extension approved by a state court — beyond the three extra days after Election Day that the Republican-controlled legislature agreed to in response to the pandemic.

One person, one vote is the democratic ideal. So why is the American system of voting still based on the Electoral College? In this opinion piece from The New York Times, Jesse Wegman explains the myths that keep us clinging to this system of voting – and why it may be finally time to let them go.

The justices last week allowed the extra days to remain in effect, over a dissent by three conservatives on the court.

In Minnesota, late-arriving ballots also will be segregated from the rest of the vote because of ongoing legal proceedings, under a federal appeals court order.

Republican lawsuits have challenged local decisions that could take on national significance in a close election.

In Nevada, a state court judge rejected a bid by the Trump campaign and state Republicans to stop the count of mail-in ballots in Las Vegas, the state’s most populous and Democratic-leaning county.

Trump campaign in Nevada co-chairman Adam Laxalt said an immediate appeal to the Nevada Supreme Court is being considered. 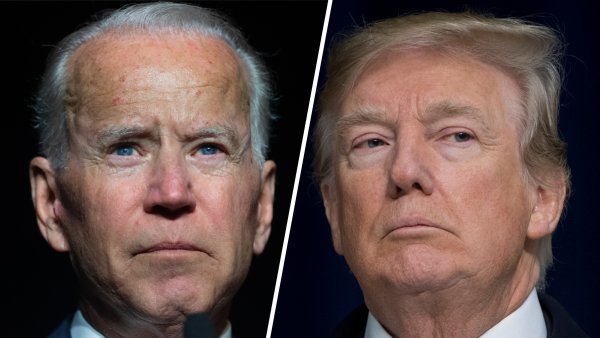 In Texas, Republicans are asking state and federal courts to order election officials in the Houston area not to count ballots dropped off at drive-in locations. The Texas Supreme Court on Sunday denied the GOP's plea. A federal judge is holding a hearing on Monday.

The scale and scope of legal action related to the presidential election has never been seen before. Trump has suggested the outcome could well be decided in court. The closer the contest, the more likely his prediction proves true.

You're going to be flooded with news alerts come election night. But here are the five things you should keep your eyes and ears open for.
Associated Press