The crises, many of Trump's own making, have come so quickly that they are hard to keep straight

President Donald Trump’s long-hidden tax returns leaked out. His first debate performance ignited a firestorm over white supremacy. He was hospitalized for COVID-19 after months of playing down the threat of a pandemic that has killed more than 200,000 Americans.

And that was just this past week.

Trump's reelection team, battered on all sides, now enters the final month of the campaign grappling with deficits in the polls, a shortage of cash and a candidate who is at least temporarily sidelined.

The crises, many of Trump's own making, have come so quickly that they are hard to keep straight.

Dr. Brian Garibaldi of Johns Hopkins Hospital addressed the media on Sunday to provide an update on President Donald Trump's treatment and condition at Walter Reed Hospital. Garibaldi said the president could be released as early as Monday.

Recordings revealed that he acknowledged minimizing the dangers of the coronavirus earlier this year. A blockbuster story raised questions over whether he privately belittled members of the military. And even the first lady was captured on tape expressing disdain for having to decorate the White House for Christmas.

“Are the political gods simply saying, ‘Your run is over’? That four years of chaos has caught up to you?” asked Michael Steele, former head of the Republican Party. He predicts the president’s coronavirus diagnosis will overwhelm all the other massive storylines.

“We are a caring, forgiving people,” Steele said of the American public. “But while they may show him empathy, they also won’t forget that he didn’t do all the things he needed to protect himself and the American people.”

The president’s team is launching what it calls “Operation MAGA" to propel his campaign forward, even as he was being treated Sunday at Walter Reed National Military Medical Center. Although Trump's medical team raised the possibility that he could be released as early as Monday, significant questions remained about the president's health and schedule.

President Donald Trump posted a brief video on social media on Friday evening before his departure to Walter Reed Medical Center, saying that he and first lady Melania Trump are “doing very well.”

The challenges facing the reelection team are enormous.

And that comes just days after Brad Parscale, who was demoted from his campaign manager post over the summer but remained in a senior role, was hospitalized. Police were called to his Florida home after his wife said he had a firearm and was acting suicidal.

Deputy campaign manager Justin Clark is temporarily overseeing the campaign's headquarters in Arlington, Virginia. Stepien organized a late Saturday staff call to project an optimistic tone, even as he acknowledged the loss of the campaign’s “best asset,” the president.

Doctors treating President Donald Trump for the coronavirus at Walter Reed Medical Center gave updates on the president’s treatment on Saturday morning. “At this time, the team and I are extremely happy with the progress the president has made,” said the president’s physician, Dr. Sean Conley.

“We built a team that’s stronger than any one of us singularly,” he said.

With early voting already underway in many states, Trump has consistently trailed Democrat Joe Biden in national polling even as the margins in most battleground states have been closer.

“This race is going to be super close. This is officially October. It’s officially game time,” Stepien said. “These are crazy times. These weeks feel like months with the amount of action and news packed into each week.”

Vice President Mike Pence outlined plans to launch a new effort to ramp up campaign appearances by Trump lieutenants who haven’t been infected. Pence himself will star in the new effort, in addition to Trump's children. Pence promised that he and the first family would begin fanning out across the country aggressively in person after Wednesday’s vice presidential debate.

“We’ve got a campaign to run,” Pence said. “I promise you, this president, as soon as his doctors say so, he’s going to be back out there.”

Although Pence tested negative for the virus on Sunday, COVID-19 can have a lengthy incubation period. Pence attended a Sept. 26 White House event where Trump announced his Supreme Court pick. Several attendees at that event have since tested positive. Pence also has interacted with key aides since then who have also been exposed.

With Trump still not “out of the woods,” in the words of his doctors, Pence plans to travel to Arizona on Thursday, Indiana on Friday and Florida on Saturday for events rather than isolating himself after potential exposure and trying to protect himself from contracting the virus anywhere else.

“We’re in a campaign. We have a month to go,” senior campaign adviser Jason Miller said Sunday on NBC's “Meet the Press." “We see Joe Biden and Kamala Harris out there campaigning.” 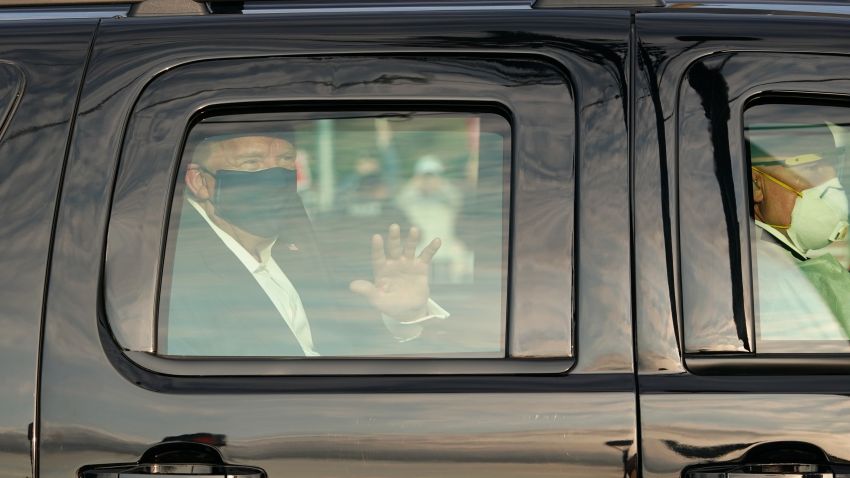 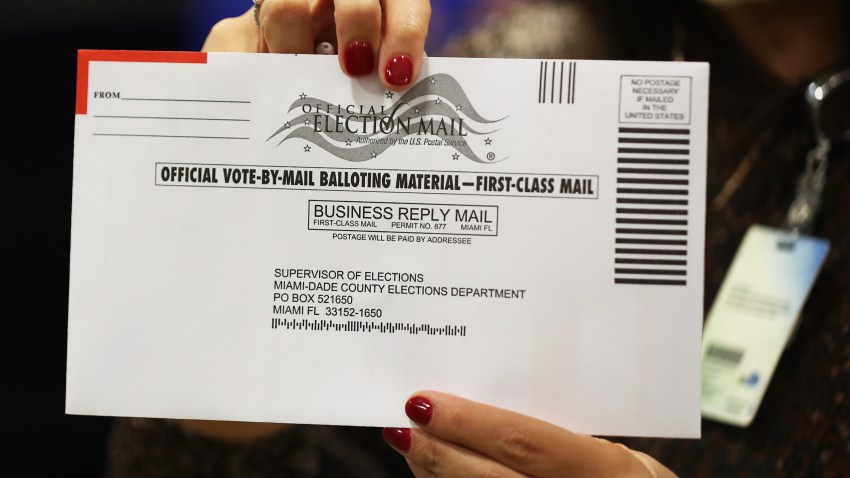 The Trump campaign was already facing a significant cash deficit to Biden, and now the president has been sidelined from in-person fundraising as well as his signature rallies just as the campaign was about to ramp up his travel schedule. Plans for upcoming events in Florida, Wisconsin, Arizona and Nevada were all scrapped after his diagnosis, and it remained unclear when — or if — the president would be able to resume campaigning.

“He’s losing, and the debate was a disaster, and the campaign is imploding,” said Republican strategist Steve Schmidt, a vocal Trump critic.

The president’s hospitalization also underscores what has long been the Trump campaign’s greatest challenge: its inability to shift the national discourse away from the virus. For months, even as the campaign has tried to frame the election as a choice between Trump and Biden, the race has been perceived largely as a referendum on the president’s handling of the pandemic.

And Trump’s tone on the virus has changed little despite his illness. In a video released late Saturday from the hospital, he expressed no contrition for his handling of the virus and still spoke of quickly moving beyond the pandemic.

In his first campaign appearance since President Donald Trump’s COVID-19 diagnosis, Joe Biden wished the president a speedy recovery. He also said, “This is not a matter of politics. It’s a bracing reminder to all of us that we have to take this virus seriously.”

”He is a struggling incumbent, and this all makes reelection much harder. More importantly, the more the nation is discussing the pandemic, the harder the debate gets for the president,” said Julian Zelizer, a presidential historian at Princeton University. Still, Zelizer said it would be premature to count Trump out, with a full month to go until Election Day.

“He has three tools still at his disposal — unyielding Republican loyalty, the Electoral College and the power of the presidency,” Zelizer said. “His ability to tie up voting and spread disinformation remains formidable.”