What The Big Storm Means for New England

Coastal flooding will also be a concern throughout the region.

Nothing but sunshine! It was a stellar day all around New England, thanks to a fresh, new high pressure system moving in the area. While we just cracked freezing in Boston and hovered in the 20s elsewhere, it felt a lot milder without the howling wind.

The big story continues to be the storm evolving across the Deep South and the unfolding blizzard in the Mid-Atlantic this weekend. Even before it gets cranking, we already have a mighty storm. Tornado Watches are up across Louisiana and Mississippi right now as warm air is catapulted into the storm center. Meantime, cold air is feeding down into the Lower Appalachians, setting the stage for the historic snowfall.

Instead of prepping for Snowmageddon, we sit here and wonder how we miss out on all of it. I mean, how is it that we put up these feeble amounts and literally stare down a storm of this size? 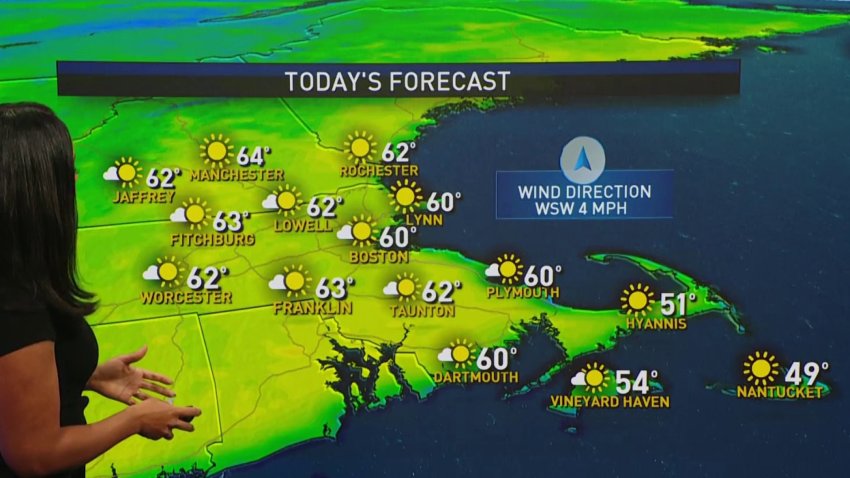 Well, there has to be a line in the sand somewhere. This storm, as big as it is, can't cover every spot in the Northeast. It just so happens that with the current upper level setup that we are right on the edge, with just enough of a nudge from the northern branch of the jet stream to the tempest offshore

First flakes will fly late morning or early afternoon across the Connecticut/Rhode Island coasts. Some flakes are also possible on Cape Cod and the Islands. Steadiest snow will be Saturday night in those locations, but it never qualifies as steady to the north - only intermittent. All snow will shut down by Sunday morning as the storm pulls away.

Winds and attendant coastal flooding are our main concern with this storm in New England. All high tide cycles are being watched for minor to moderate coastal flooding from Boston to Nantucket. In addition, wet, pasty snow (occasionally mixed with rain) clinging to the trees, power lines and telephone poles could be enough to cause power outages on the Cape and Islands.

Gusts will ramp up to 45-50 mph at times Saturday night into Sunday morning as the storm makes its closest pass to Cape Cod and the Islands. Farther north, winds could still gust to 40 mph in Plymouth and Marshfield, but this is mostly a coastal wind event, I'm not expecting any issues from Boston to Worcester or points north and west.

Finally, this is NOT the start of a stormy pattern in New England (like last year). We go into a mild spell early next week as the arctic air is in full retreat.

Here's hoping our friends to the south weather the storm as best as they can. We certainly have been there before.