After Investigation, Lawmaker Calls for More Transparency on MBTA Projects

NBC10 discovered that stripped-down shells of Mattapan trolleys have been sitting in an Everett facility, nowhere near a return to service

A state lawmaker from Boston is calling for more transparency from the MBTA.

The development comes following an NBC10 investigation, which reported a $7.9 million project to refurbish historic trolleys on the Mattapan High Speed Line was two years behind schedule.

NBC10 discovered the stripped-down shells were still sitting in an Everett facility, nowhere near a return to service.

Lawmakers who approved funding for the upgrades said the MBTA had not communicated the delays, which the agency attributed to an extensive lead paint removal process along with the effects of the pandemic.

Sen. Nick Collins filed an amendment that would require the T to start providing quarterly updates on capital projects. The amendment passed in the Senate and will be part of current budget debate taking place on Beacon Hill.

“I was disappointed and surprised,” Collins said when he first saw the NBC10 report. “I was surprised we didn’t hear directly from the T, given the magnitude of the project and the significance with respect to the communities it serves.”

MBTA spokesman Joe Pesaturo said the agency is targeting the middle of June for a formal briefing with lawmakers who represent Mattapan, Milton and Dorchester on the status of the trolley project.

However, the page dedicated to the Mattapan line transformation does not reflect the two-year delay. When asked, Pesaturo also said it did not appear the topic had come up during a FCMB meeting.

More on the MBTA Trolley Repairs 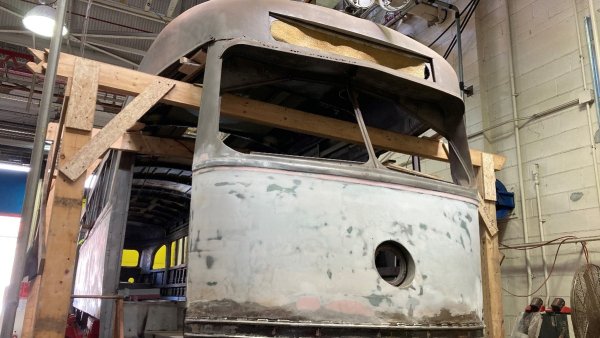