Ridership on many MBTA routes plummeted during the pandemic, but even without passengers, the overtime train kept chugging along for hundreds of workers at the cash-strapped transit agency last year.

That figure is on par with the T's overtime spending before the pandemic. And the tally comes as the agency begins scaling back services this month – a controversial approach aimed at closing a massive budget shortfall projected for later this year.

MBTA managers blame lost fare revenue for the estimated roughly $600 million budget gap. Ridership sank in the spring as coronavirus restrictions shuttered many businesses. It's now only about a quarter of the level seen around the same time last year, before those restrictions went into place.

But critics say the T's budget woes predate the pandemic, driven by poor planning and staff shortages in key roles.

Stacy Thompson, executive director of the transit advocacy group LivableStreets Alliance, called the overtime tab "a byproduct of a philosophy that is penny wise and pound foolish," explaining the agency needs to hire more workers.

"The overtime numbers are really a canary in the coal mine, pointing to a long-term under-investment in personnel of the T," she said.

Overtime by the numbers

So if trains were largely empty last year, where did all that overtime money go?

The MBTA routinely exceeds its overtime budget, spending an average of $13 million more than it planned every year for the past decade, according to the MBTA Advisory Board, a group that represents cities and towns served by the agency.

And payroll records reviewed by NBC10 Boston suggest spending patterns were similar to the past.

Some 50 MBTA employees earned at least double their base salary thanks to overtime work last year, records show. And many of the top earners haven't changed. Fourteen of the MBTA's top 25 overtime earners during the 2020 calendar year also made the same list in 2019. Those at the top of the list earned more than $300,000 total compensation for the year.

Hundreds of employees were sidelined last year because they either caught COVID-19, or they had to quarantine, requiring others to fill in their shifts, Pesaturo wrote. The T also paid overtime to Transit Police officers during a series of protests against racial injustice in Boston this summer.

And the T fast-tracked some repair work while riders were largely staying home, taking advantage of quiet subway tunnels and empty streets to accelerate capital projects. For example, it crammed 22 days' worth of weekend work on the Blue Line into a 14-day stretch at the end of May, improving the track between the Airport and Bowdoin stations, and shaving 51 seconds off the travel time.

The accelerated timetable spared riders "months if not years of having to shut down parts of the system on weekends and nights," according to the T.

But that fact was cold comfort to many riders, who slammed the agency at a series of public hearings in November and December 2020 for planned service cuts. The T received more than 7,000 public comments, with feedback overwhelmingly negative.

Mayra, a Chelsea resident, told NBC10 Boston she works two restaurant jobs, and relies on MBTA buses to get to work. She said the agency should look to trim costs elsewhere.

"Let's be honest," she said, speaking in Spanish. "People in our communities make the minimum wage and are barely making ends meet." 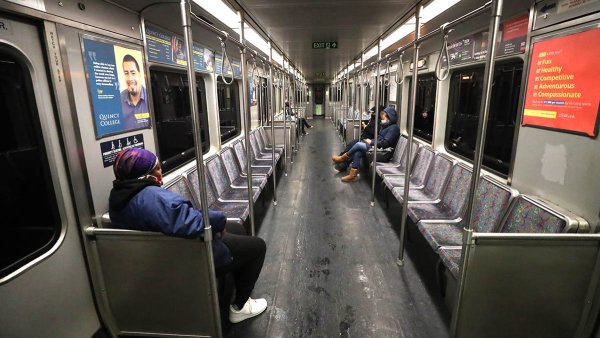 Furloughs to Begin on MBTA Due to Low Ridership, Lost Revenue 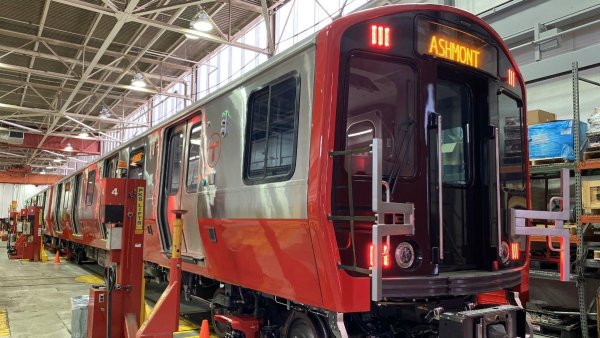 Charlie Chieppo, a transit watchdog at the Pioneer Institute, said he agrees. He points to the MBTA's successful belt-tightening in 2015 after a snowstorm crippled transit services across the state. He argues it will take political will to stand up to powerful public transit unions.

"Getting this overtime dilemma under control is about backbone," he said.

But MBTA labor leaders have pushed back on that characterization, saying short-staffing is to blame for the perennial overtime payouts. And as essential workers, MBTA workers faced greater risks this year keeping the transit system running.

Wayne Peacock, an MBTA bus driver of 22 years, said he was temporarily off the job last year after he contracted COVID-19.

"I was pretty sick," he recalled. "I had all the symptoms."

Peacock earned about $8,000 of overtime last year, a relatively modest sum compared to many colleagues. He hopes people appreciate the burden that MBTA workers have shouldered during the pandemic, he said.