After a June storm, a utility pole leaned at a precarious angle for weeks in a Mattapan backyard. When the homeowner couldn't get anyone to fix it for weeks, he called the NBC10 Boston Investigators.

There are thousands of utility poles scattered across our communities.

You probably don't give them much thought — unless there is one that looks like it's about to crash into your house.

That's exactly what happened after a June storm, when a utility pole teetered at a 45-degree angle in a backyard in Boston's Mattapan neighborhood.

Homeowner Julian said the structure looked like it could give way at any minute. 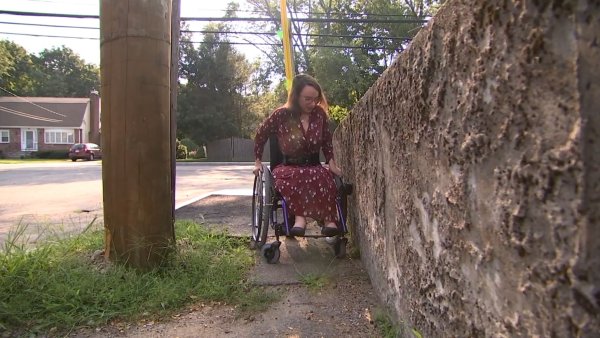 "My wife and I were worried," he said. "We were looking out the window and watching it bob up and down in the wind."

Julian learned the pole belonged to Verizon and figured it would be a quick fix. He was wrong.

What followed were weeks of waiting on hold, trying to get someone on the phone. He also submitted several online tickets that were inexplicably closed without the issue being resolved.

The software engineer couldn't seem to crack the code.

"I was so annoyed," he told me, saying he had to rely on finding free public hot spots to access internet coverage. "First, it's a pandemic. And second, everyone is working from home. My job is basically to be on the internet all the time. There's a very real chance I could've lost my job because of this."

Julian finally said he typed in a Google search, "How do you get Verizon to fix a broken pole?"

One of the first results took him to our story about how we helped a Dorchester homeowner with a fractured pole that had been left frozen in a state of disrepair.

Julian also saw our coverage of dangerous eye sores: double poles that are supposed to be replaced by utility companies within 90 days. Instead, a large percentage languish in Massachusetts communities for years.

"It felt like déjà vu, like my exact situation," Julian recalled. "You got results, and I had no idea who else to call."

Julian's message to the NBC10 Boston Investigators described himself as a "regular guy," and was accompanied by a photo of the leaning pole.

We contacted Verizon and almost immediately, crews showed up at Julian's house. They removed the damaged wooden pole and replaced it with a sturdy fiberglass one.

Other than leaping into action, the telecommunications giant didn't offer a detailed explanation for the lengthy delay.

"When we learned about the homeowner's concerns with the pole, we dispatched a crew to inspect it," company spokesman David Weissman wrote. "We prioritized damaged poles following the storm, and have now completed work on this one."

When we met Julian in his backyard, the Mattapan resident was just happy to be back online.

"I really appreciate it," he expressed. "You have no idea how grateful to have people in the world like you."