Police records obtained by NBC10 Boston name a pair of officers facing ongoing probes, details the department has declined for months to release.

The Boston Police Department continues to investigate complaints against at least two officers stemming from the Jan. 6 insurrection and comments made in its aftermath.

They show police launched an inquiry into officer Joseph Abasciano on Jan. 19 after he was publicly identified on Twitter as the author of a series of controversial posts about the event.

Those posts, from user @mailboxjoe, have since been deleted. They suggested the writer was traveling to Washington, D.C., on the day of the insurrection, and accused Vice President Mike Pence of treason.

Police opened a separate investigation into officer Michael J. Geary after a caller reported on Jan. 7 that Geary posted a message to "entice violence" on Facebook, according to the documents.

The complainant, who asked to stay anonymous, said Geary wrote the message "rats get bats" in response to a post from the FBI seeking information about violence in Washington, police records show.

Both officers declined to comment on the allegations through a police spokesperson. Representatives of the union that represents them did not respond to emails about their cases from NBC10 Boston. 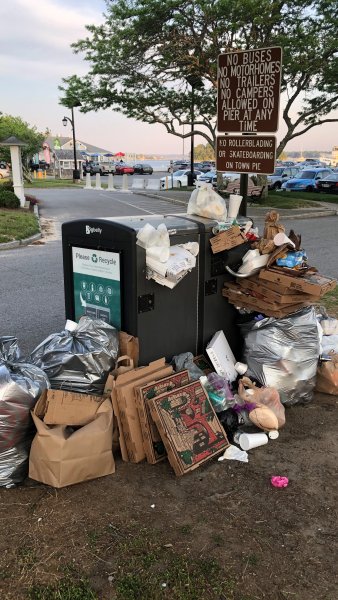 A 311 Deep Dive: What Are Bostonians Complaining About?

City Councilor Andrea Campbell, who has repeatedly pressed for more information, said the ongoing secrecy around misconduct cases erodes trust in the department.

"There is a whole host of information that our department can proactively release to keep the public abreast of what's going on, and this idea of just saying it's an ongoing investigation, it is unacceptable."

Elsewhere, police throughout the country have faced sanctions connected with the Jan. 6 riot, including in Chicago, where a 29-year-old officer with the Chicago Police Department was arrested by FBI and CPD officers earlier this month and charged with five misdemeanors, including violent entry or disorderly conduct at the Capitol, according to NBC News.

NBC10 Boston first requested records from Boston Police about misconduct probes in mid-January. Authorities declined to release them, saying it would compromise their investigations.

The station won two subsequent appeals to the state's supervisor of records, but it wasn't until the case was referred to the attorney general's office for enforcement months later that the department provided the documents.

They describe Abasciano as a 44-year-old patrol officer assigned to work in Brighton. He is currently listed as medically incapacitated, a form of sick or injury leave, according to a police spokesperson.

Geary, 33, is a patrol officer assigned to East Boston, according to police files. He remains on active duty, according to the department.

Police declined a request from NBC10 Boston to make a representative of the department available for an on-camera interview. The department didn't answer our questions about why the investigations have stretched on for months.

Facing questions at a City Council hearing last month, superintendent Gregory Long said he expected the investigations would finish soon, saying he wants to ensure they're done the right way.

"I can promise you for one second, if I thought an officer on the Boston Police Department had participated in that, they would not be a Boston Police officer today," Long said at the time.

Campbell says each passing day without answers does further damage to the department's perception in the community.

"It absolutely erodes trust and absolutely undercuts the credibility of our department," she said. "And that's a problem, not just for residents, but the officers that show up every single day to do their jobs and to be effective in that."