CDC Director Dr. Rochelle Walensky endorsed a series of recommendations from an advisory panel — and added another it had rejected

The Centers for Disease Control and Prevention on Thursday endorsed booster shots for millions of older or otherwise vulnerable Americans, opening a major new phase in the U.S vaccination drive against COVID-19.

CDC Director Dr. Rochelle Walensky signed off on a series of recommendations from a panel of advisers late Thursday. The advisers said boosters should be offered to people 65 and older, nursing home residents and those ages 50 to 64 who have risky underlying health problems. The extra dose would be given once they are at least six months past their last Pfizer shot.

A CDC panel of advisers voted to recommend a booster shot of Pfizer’s COVID-19 vaccine to people over 65 and high risk Americans, backing a similar decision by the FDA.

However, Walensky decided to make one recommendation that the panel had rejected.

The panel on Thursday voted against saying that people can get a booster if they are ages 18 to 64 years and are health-care workers or have another job that puts them at increased risk of being exposed to the virus.

But Walensky disagreed and put that recommendation back in, noting that such a move aligns with a FDA booster authorization decision earlier this week. The category she included covers people who live in institutional settings that increase their risk of exposure, such as prisons or homeless shelters, as well as health care workers.

A CDC panel of advisers voted to recommend a booster shot of Pfizer’s COVID-19 vaccine to people over 65 and high risk Americans, backing a similar decision by the FDA.

The panel had offered the option of a booster for those ages 18 to 49 who have chronic health problems and want one. But the advisers refused to go further and open boosters to otherwise healthy front-line health care workers who aren't at risk of severe illness but want to avoid even a mild infection.

The panel voted 9 to 6 to reject that proposal. But Walensky decided to disregard the advisory committee's counsel on that issue. In a decision several hours after the panel adjourned, Walensky issued a statement saying she had restored the recommendation.

“As CDC Director, it is my job to recognize where our actions can have the greatest impact,” Walensky said in a statement late Thursday night. “At CDC, we are tasked with analyzing complex, often imperfect data to make concrete recommendations that optimize health. In a pandemic, even with uncertainty, we must take actions that we anticipate will do the greatest good.”

Experts say getting the unvaccinated their first shots remains the top priority, and the panel wrestled with whether the booster debate was distracting from that goal. 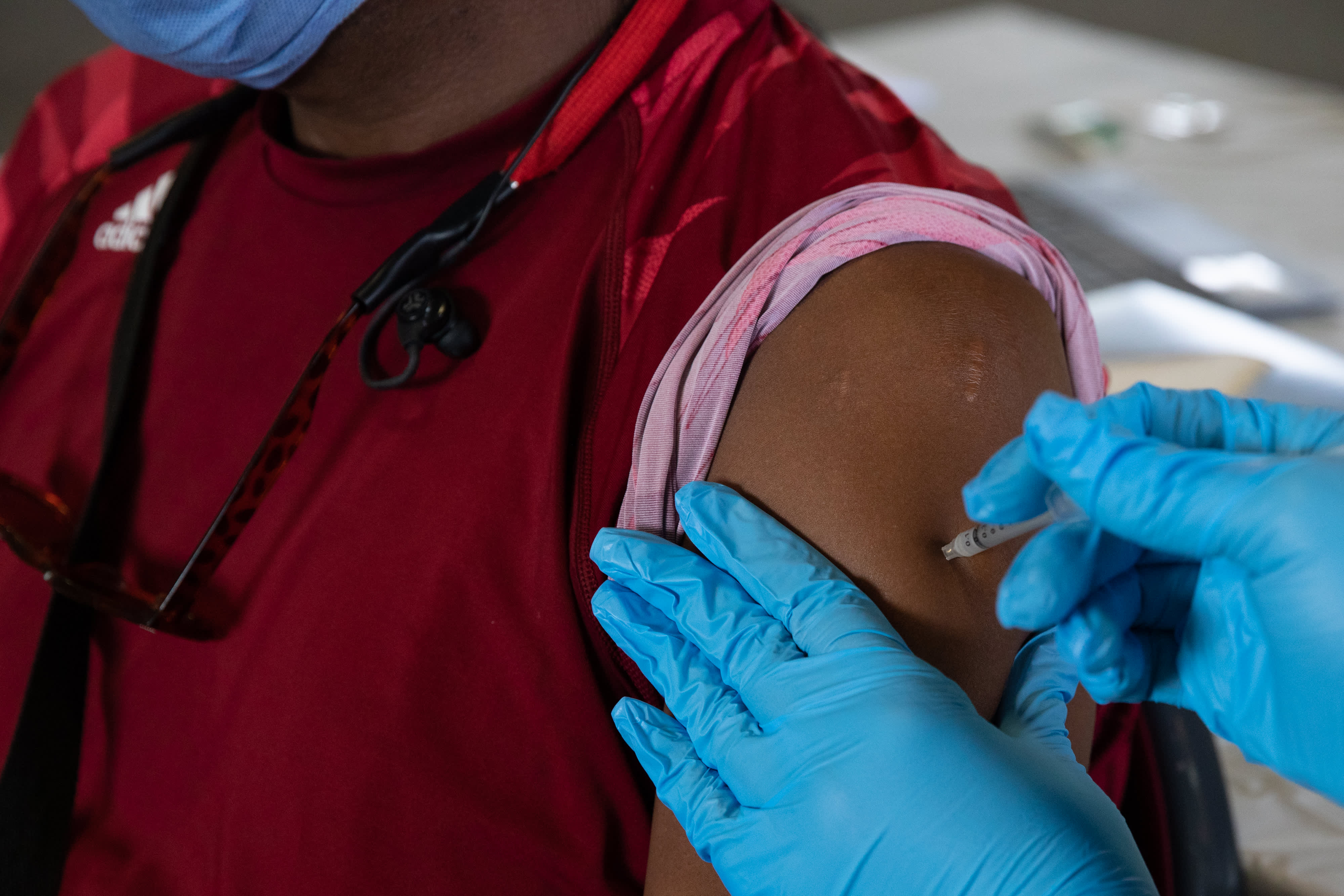 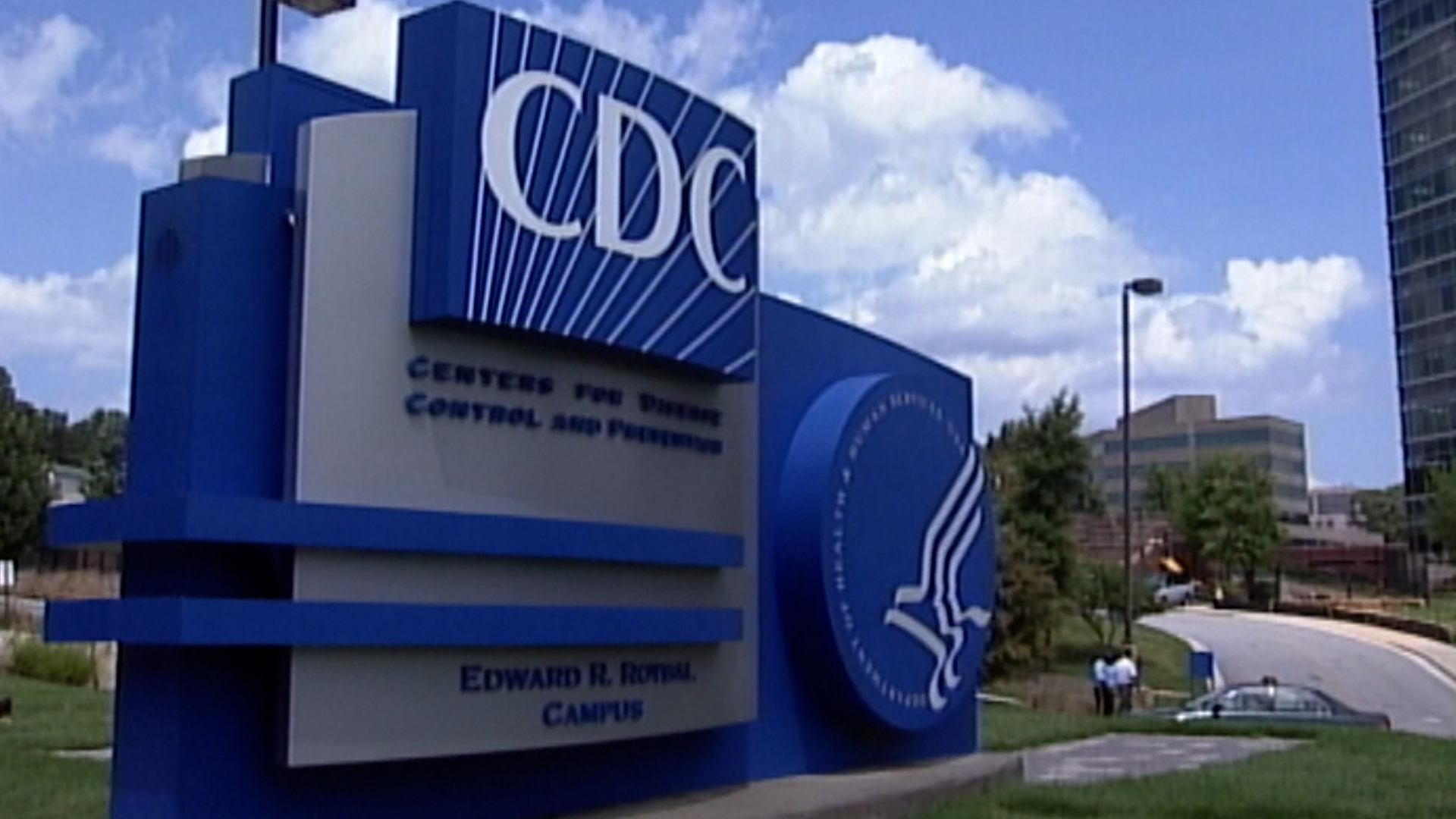 All three of the COVID-19 vaccines used in the U.S. are still highly protective against severe illness, hospitalization and death, even with the spread of the extra-contagious delta variant. But only about 182 million Americans are fully vaccinated, or just 55% of the population.

“We can give boosters to people, but that’s not really the answer to this pandemic,” said Dr. Helen Keipp Talbot of Vanderbilt University. “Hospitals are full because people are not vaccinated. We are declining care to people who deserve care because we are full of unvaccinated COVID-positive patients.”

Thursday's decision represented a dramatic scaling back of the Biden administration plan announced last month to dispense boosters to nearly everyone to shore up their protection. Late Wednesday, the Food and Drug Administration, like the CDC panel, signed off on Pfizer boosters for a much narrower slice of the population than the White House envisioned.

“These booster shots are free,” President Joe Biden said Wednesday. “It will be easy. Just show your vaccination card, and you'll get a booster. No other I.D., no insurance, no state residency requirement."

The booster plan marks an important shift in the nation's vaccination drive. Britain and Israel are already giving a third round of shots over strong objections from the World Health Organization that poor countries don't have enough for their initial doses.

Walensky opened Thursday's meeting by stressing that vaccinating the unvaccinated remains the top goal “here in America and around the world.”

Walensky acknowledged that the data on who really needs a booster right away “are not perfect.” “Yet collectively they form a picture for us,” she said, "and they are what we have in this moment to make a decision about the next stage in this pandemic.”

The CDC panel stressed that its recommendations will be changed if new evidence shows more people need a booster.

The U.S. death toll from COVID-19 is now over 675,000, surpassing the 1918 flu as the deadliest pandemic in the nation's history. The record comes as leaders are pleading with unvaccinated adults to get their shots, while already vaccinated adults are wondering about booster shots to boost their immune response. Dr. Alok Patel weighs in.

The CDC advisers expressed concern over the millions of Americans who received Moderna or Johnson & Johnson shots early in the vaccine rollout. The government still hasn’t considered boosters for those brands and has no data on whether it is safe or effective to mix-and-match and give those people a Pfizer shot.

“I just don’t understand how later this afternoon we can say to people 65 and older, ‘You’re at risk for severe illness and death, but only half of you can protect yourselves right now,’” said Dr. Sarah Long of Drexel University.

About 26 million Americans got their last Pfizer dose at least six months ago, about half of whom are 65 or older. It's not clear how many more would meet the CDC panel's booster qualifications.

Dr. Anthony Fauci said on Tuesday that data is being studied to see if there will be recommendations for COVID booster shots in the future.

CDC data show the vaccines still offer strong protection against serious illness for all ages, but there is a slight drop among the oldest adults. And immunity against milder infection appears to be waning months after people's initial immunization.

For most people, if you’re not in a group recommended for a booster, “it’s really because we think you’re well-protected,” said Dr. Matthew Daley of Kaiser Permanente Colorado.

Public health experts not involved in Thursday’s decision said it is unlikely people seeking third doses at a drugstore or other site will be required to prove they qualify.

Even with the introduction of boosters, someone who has gotten just the first two doses would still be considered fully vaccinated, according to the CDC's Dr. Kathleen Dooling. That is an important question to people in parts of the country where you need to show proof of vaccination to eat in a restaurant or enter other places of business.

Among people who stand to benefit from a booster, there are few risks, the CDC concluded. Serious side effects from the first two Pfizer doses are exceedingly rare, including heart inflammation that sometimes occurs in younger men. Data from Israel, which has given nearly 3 million people — mostly 60 and older — a third Pfizer dose, has uncovered no red flags.

The U.S. has already authorized third doses of the Pfizer and Moderna vaccines for certain people with weakened immune systems, such as cancer patients and transplant recipients. Other Americans, healthy or not, have managed to get boosters, in some cases simply by asking.