Lawmakers in Mass. Push for Vaccine Equity, Say Racial Justice Must Be Priority

"Even though Black and Hispanic residents have borne the brunt of this pandemic here in Massachusetts and all across the country, these communities are not receiving the vaccine in proportion to their share of their population," Sen. Ed Markey said Saturday.

Lawmakers in Massachusetts participated in a virtual discussion Saturday that focused on racial disparities with COVID-19 vaccination efforts across the country.

Markey said these are the leaders who have been advocating for equity and accessibility "at the top of their lungs to ensure this is done correctly."

Last month, Pressley, Warren and Markey called on the U.S. Department of Health and Human Services urging health officials to work with the relevant federal agencies to monitor and address racial, ethnic and other demographic disparities in the national COVID-19 vaccination deployment strategy.

"Even though Black and Hispanic residents have borne the brunt of this pandemic here in Massachusetts and all across the country, these communities are not receiving the vaccine in proportion to their share of their population," Markey said Saturday.

The federal government blamed the delays on winter weather and staffing shortages. In Framingham, Saturday's coronavirus clinic was postponed two weeks, before the state announced more than 135,000 doses had arrived three days earlier than expected.

As of Friday, more than 1 million coronavirus vaccines have been administered in Massachusetts, Markey said -- 976,000 first doses and 357,000 second doses.

"We cannot turn our backs on these communities that continue to shoulder the burden of this pandemic," Markey said.

Markey says this means we first have to focus our distribution efforts on location to ensure ample and accessible resources and vaccination sites to underserved and communities of color.

Secondly, he said, we have to build trust between the vaccine and these communities which have faced decades of health care racism. This is done by getting the message out about the safety and efficacy of the vaccine, Markey said.

"The digital divide has become a vaccine divide and we must bridge it immediately," he said.

Lawmakers say underserved communities need all the resources they can get, which includes the internet.

Warren agreed with Markey on what she called "a blunt fact."

"Black and Brown and Native communities have been hardest hit by COVID-19, they had the most trouble getting testing initially, they've had higher rates of contracting COVID, higher death rates, and greater vulnerability," Warren said. "And now with the vaccines, evidence is mounting that these communities are having the most difficulty in getting vaccine distributions and equitable distributions through those communities."

Warren also cited Chelsea -- one of the hardest hit communities in Massachusetts and in the entire nation, she said -- as one example of what it means to fight back and to work together to make sure that people within the community are getting equitable access.

For her part, Pressley referenced her previous outreach to Gov. Charlie Baker in which she urged him to step up vaccination efforts in Black and Brown communities amid troubling reports of growing racial disparities in vaccination and vaccine access across the state.

"Last month calling on him [Baker] to step up vaccination efforts in community of color because right now the administration is really failing those most impacted," she said.

Massachusetts lawmakers will hold oversight hearings on how the Baker administration handled the coronavirus vaccine rollout.

Pressley also said we knew early on from the outset of the pandemic what communities would be hardest hit because "history has proven that."

"We knew anecdotally how this was going to play out," she said.

Pressley said it's essential that we enlist every stakeholder and leverage faith houses and institutions that are trusted -- like community health centers.

"Only in close partnership with them will we be able to bring folks into this process and gain their trust," Pressley said. "It is incumbent on the medical community to regain the trust, because it is the medical community that violated the trust of Black Americans and other marginalized communities because of the practice of medical apartheid so it is going to take all of us."

Gov. Charlie Baker is trying to make coronavirus vaccine distribution more equitable in Massachusetts by pumping money and resources into some of the communities that have felt the heaviest impact of the pandemic.

Also participating in Saturday's discussion were some of those very stakeholders she referenced -- Michael Curry, the president and CEO of the Massachusetts League of Community Health Centers, and Rev. Miniard Culpepper, of Pleasant Hill Missionary Baptist Church.

Warren acknowledged there is a lot of work to be done on this front, saying it is up to leaders to confront racial disparities head on in the national vaccination strategy.

"We've got a lot of work to do in Washington to be able to support the efforts here in Massachusetts," Warren said.

Markey also said he is working on adding $25 million for vaccine equity to the $1.9 trillion COVID relief bill on Capitol Hill, saying he is going to make sure that racial justice is at the very heart of Joe Biden’s coronavirus legislation. 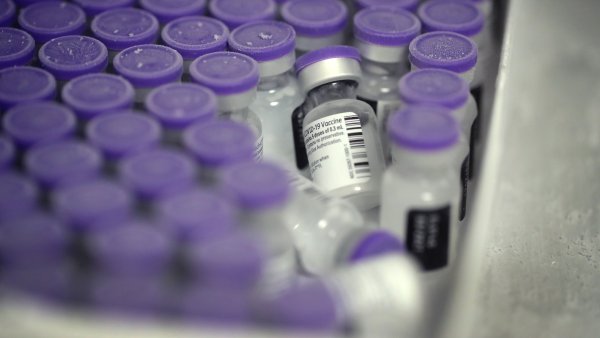 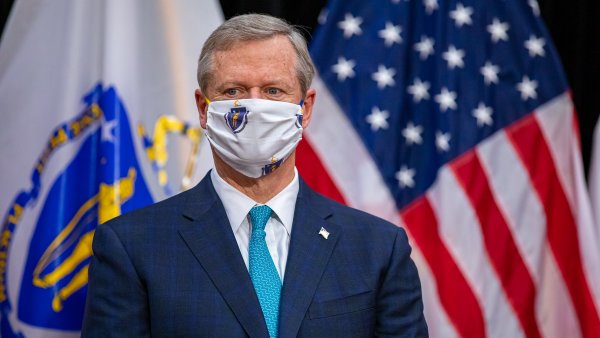