On Thursday, skyrocketing demand overwhelmed a web portal to sign up for the vaccines but a Maine Center for Disease Control & Prevention spokesman said that problem has since been fixed

Walmart and Sam’s Club stores in Maine are joining the state’s coronavirus vaccination effort as the only federal partner administering shots there.

First doses were given to eligible Mainers, including residents of the state who are 70 and older, at dozens of the stores’ pharmacies beginning on Friday.

Each week, the stores will receive more than 4,000 doses to dole out to patients who sign up for appointments.

On Thursday, skyrocketing demand overwhelmed a web portal to sign up for the vaccines but a Maine Center for Disease Control & Prevention spokesman said that problem has since been fixed.

“The overwhelming interest caused some technical difficulties on their system,” said Dr. Nirav Shah, the director of the Maine CDC, during a media briefing Thursday.

He added that he had been in constant communication about the problem with Walmart that day.

Maine health officials have found the U.K. coronavirus variant in the state.

As of mid-afternoon Friday, there were appointments available for eligible Mainers to get vaccine doses at Walmarts in Houlton and Presque Isle.

Stores in many other areas, like Greater Portland, Western Maine and Downeast Maine, did not show any availability at that time.

“I got a 12:40 slot today,” said Sandy Asmussen, one of the people who was able to sign up for an appointment at the Falmouth Walmart earlier in the week, and received her first COVID-19 shot on Friday.

“It was frustrating, exciting, and it was accidental,” she explained, recalling how she received a notification to sign up for a vaccine appointment by chance while purchasing cat food on the Walmart website on Tuesday night.

“As I was putting my order in my cart, the pop-down appeared, “ she said. 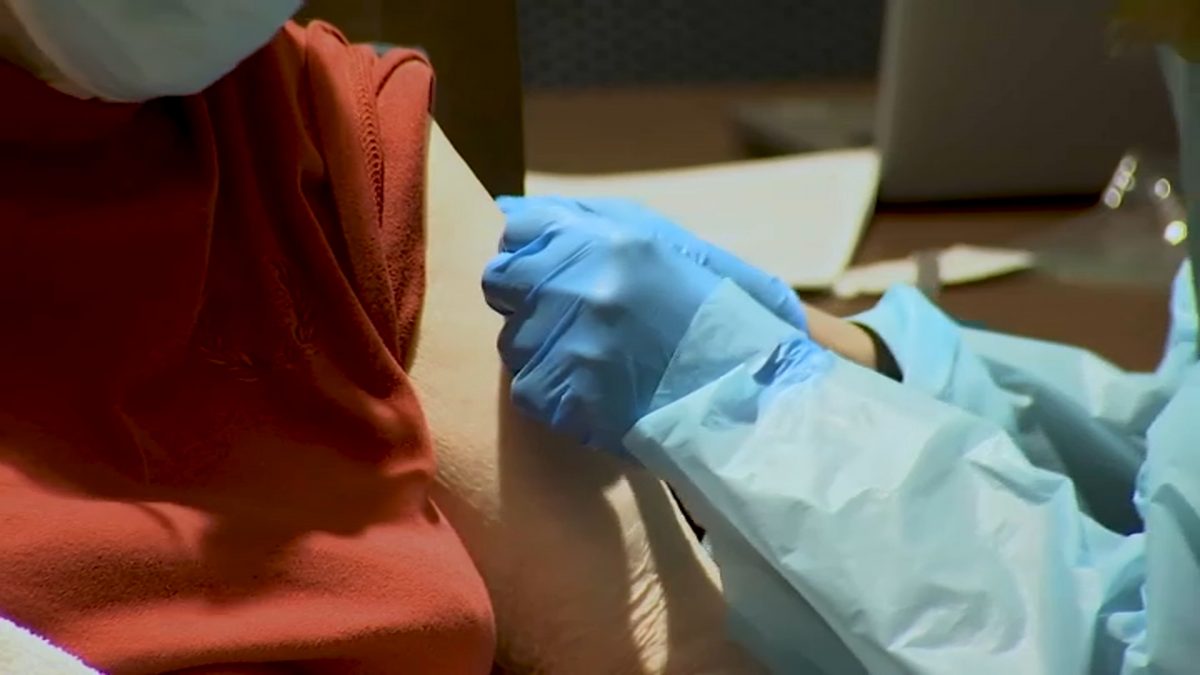 However, Asmussen never received a confirmation e-mail and had to go to the Walmart store in-person to confirm she had an appointment.

She was relieved to find out that she had, in fact, locked in a time and felt even more comforted after getting her injection.

“There’s this feeling of relief just washing over me and I feel a bit safer and protected,” she said.