Risky Behaviors on the Rise in Mass. Since 1st Wave of COVID, Survey Finds

People in Massachusetts say they are more often gathering with people in enclosed spaces and doing other things tied to spreading the new coronavirus, according to a report released by researchers Friday, amid a COVID-19 surge in the state and across the country.

Researchers at multiple institutions, including Northeastern University and Harvard Medical School, surveyed nearly 200,000 people across the nation eight times between April and October for the COVID-19 Consortium for Understanding the Public’s Policy Preferences Across States. Friday's report focused on Massachusetts residents; other reports have looked at school reopenings, mental health and more.

Massachusetts will start requiring that people arriving in the state from New York and Washington State, as well as the nation's capitol, stay in quarantine.

Massachusetts' respondents told the survey in October they were more likely to meet non-household members in an indoor space, go to a restaurant or a gym or visit a friend than they had been at the end of April. Those behaviors have all been tied to spreading of COVID-19.

Nearly three-quarters of people said at the end of April they were avoiding contact with other people, but that dropped to just over half by late October, according to the report.

One exception to this trend is mask wearing, which has increased since April, the survey found.

An estimated 80% of people in Massachusetts very closely follow mask-wearing guidelines, the survey found, one of the highest levels of adherence to mask wearing in the country.

Still, researchers suggest lax policy and so-called pandemic fatigue may be major culprits in case spikes locally and across the country. Massachusetts is now reporting coronavirus levels not seen since the pandemic. 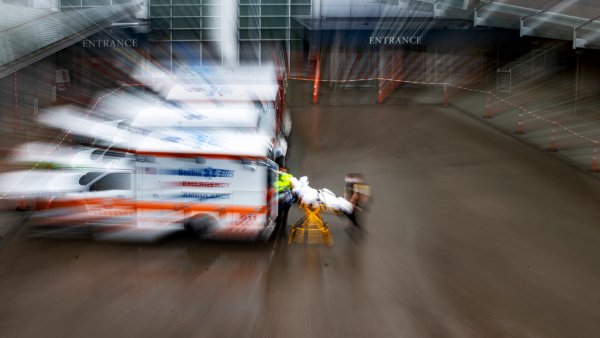 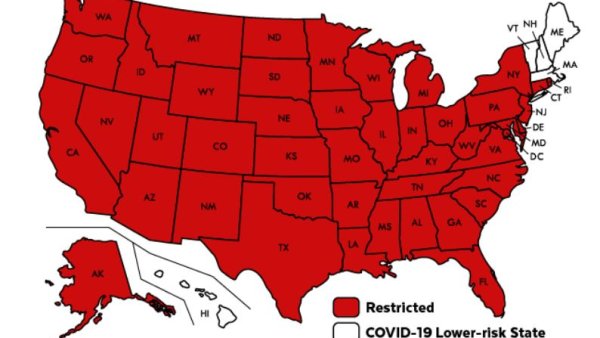 What to Know: More States Added to Mass. Travel Order Before Thanksgiving

The researchers' report noted that "the pandemic has resurged with a vengeance" in the Bay State, with the level of new daily cases doubling in three months, then one month, then in just 10 days, indicating the virus' spread is accelerating to a point that may overwhelm hospitals.

"The good news, and the bad news, is that human behavior is likely driving the resurgence," the researchers wrote. "This means that infections need not continue to explode in Massachusetts, but also that real changes in behavior (and policy) may be required to bring it back under control."

Earlier this month, Gov. Charlie Baker required that restaurants end dining in by 10 p.m. in a bid to stop risky gatherings. But researchers said that measure currently may actually be counterproductive.

A week after Massachusetts' new curfew went into effect in an effort to combat COVID-19, restaurants say they are already suffering.

"It is possible that some measures, such as limiting the hours restaurants are open, might actually make matters worse, because it may result in more people being in a restaurant at any given hour," the researchers wrote.

Massachusetts is set to reopen its coronavirus field hospital at the DCU Center in Worcester as the state anticipates the possibility of bed shortages. COVID-19 hospitalizations have doubled since Labor Day, and case growth and hospitalization trends have been heading in the wrong direction since the end of summer, Gov. Charlie Baker said Friday.