Lane Kessler and two other dock attendants were working at Point Bay Marina's gas dock when a boat full of fuel burst into flames in Charlotte, Vermont.

"Very much shocked. It's not something you ever expect to happen on a boat."

At Point Bay Marina in Charlotte, boaters say they heard a loud boom Sunday afternoon, then saw smoke and fire. When it happened, they say fish jumped out of the water.

A 19-foot Chris Craft had just finished gassing up when firefighters say a fuel- vapor explosion ignited in the engine compartment inside the boat.

"There were eight people on the boat originally," said Dick St. George, fire chief of the Charlotte Fire Department. "Two of them had exited the boat before the explosion, thankfully because they were the little kids. Most of the explosion was down low it wouldn't have been a good story if they were on board."

Four people on the 1946 powerboat were taken to Fletcher Allen with minor to moderate burns.

One passenger who was blown overboard may have suffered broken leg. 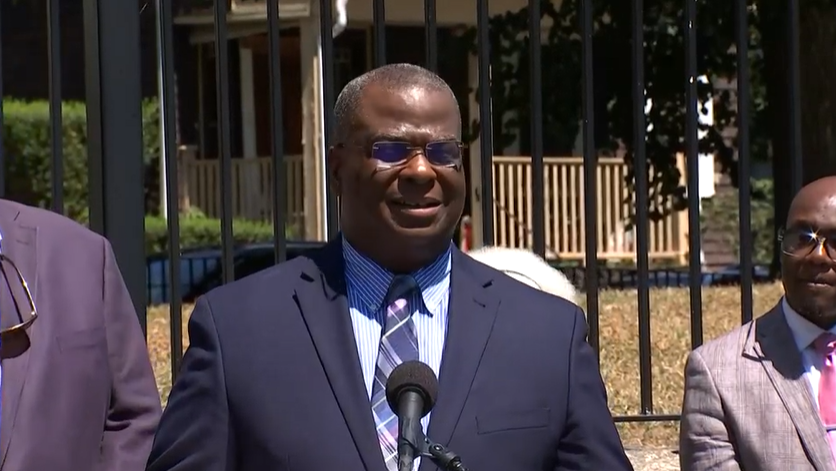 "The fire was knocked down by the marina gas crew. They did an excellent job knocking it down. Our crews just had to overhaul the boat to make sure there was no potential for another fire or explosion," St. George said.

"We have safety valves and shut offs," said Kessler. "There is a red button that shuts down everything out there. We have fire extinguishers up and down the docks, we definitely went through a couple today."

The dock attendant says at the time of the fire, the gas dock was loaded with other boats. The crew was thankful they had managed to hang up the other hoses and shut off all the gas before the explosion happened.

"In a place like this, one boat fire can mean ten in a rather hurry," said St. George.
Kessler says it was a community effort.

"We had other boaters coming off the docks saying what do you need, and then after that everyone stayed out of the way and it was very helpful," Kessler said.

Initially the antique boat was moved to a nearby mooring. Marine workers believe it's been taken out of the water and deemed a complete loss.