The encampment has grown over the last several months, and the city has said the tent encampment is a public health risk, unsanitary and dangerous

People living in the area known as Mass. and Cass were ordered to clear out by Monday morning, but much of the area remained a mess by the afternoon.

Boston city workers made some progress tearing down tents in the encampment following the 6 a.m. deadline for residents to leave and an 8 a.m. start to the cleanup, deadlines set last week, but plenty of tents remained.

The encampment near Massachusetts Avenue and Melnea Cass Boulevard has grown over the last several months, and the city has said it is a public health risk, unsanitary and dangerous. But officials also promised that people wouldn't be kicked out before being offered support at least twice.

Sixteen tents were stored or removed from the encampment Monday, the city said in the evening. Additionally, 17 people were connected "with pathways to transitional housing," nine of whom toured new apartments, and several other people sought treatment, entered a shelter or returned to a permanent home.

"While the progress on the first day was extraordinary, in the weeks ahead, the City remains committed to engaging with every individual who is suffering from unsheltered homelessness or substance use disorder across our city, including those who did not engage in services today," the official said.

City crews on Monday pulled out and packed up peoples' belongings, as well as throwing trash into a garbage truck.

Diamond O'Connell, with Health Care Without Walls, walked around the area for hours Monday picking up used needles.

"This should've never happened," she said.

O'Connell's story helps her connect with people living at Mass. and Cass, she said. "I was formerly homeless, and I'm in recovery. So, seeing this is going back to what I went through 15 years ago."

But not everyone who's been living in the area suffers from addiction. David Carroll, from Quincy, lost his job as a wallpaper hanger during the pandemic, and had ended up "at the homeless shelter for something to eat."

If he hadn't found a spot at a shelter near Mass. and Cass, he'd have had no choice but to live in one of the tents in the encampment, Carroll said.

He said it gets "a little scary out here at night, especially at night. A lot of people [overdosing] and stuff, and even inside [overdosing]. The cops are here all night with ambulances."

Carroll wasn't confident that the city's efforts to remove the homeless people from Mass. and Cass would work.

The city confirmed Friday that it was stepping up enforcement of its recent push to clear the area. Information posted on the city's website explained the steps that were being taken, including the notification of residents of shelter and services.

People living in the area known as Mass. and Cass were ordered to clear out by Monday morning, but tents still line the streets.

However, some residents said Friday they received the notice but weren't aware of offers to go anywhere else.

City officials insisted Friday that people wouldn't be asked to vacate the area without getting an offer of shelter, services or both, and the city's website said offers would be made twice: on the day the notice goes up and at least a day before the tents are removed.

But Mass. and Cass residents like Tina Lunn said Friday they hadn't gotten any offers so far.

Some worry what will happen come Monday morning when the deadline to move out is up.

While Lunn is tired of living in a tent, she doesn't want to be kicked out either. She wants more time to figure out a plan.

‘I hate it out here. I don’t want to be out here,” she said. "It’s not about getting high and doing drugs and whatever else. It’s about keeping ourselves sheltered, warm and dry.”

Like the hundreds of others living in Boston’s tent encampment, Lunn got a notice on Friday alerting residents that the tents around Southampton Street will be removed Monday morning at 8.

"They just left a notice and told us to get out. I think it's just despicable that they're not helping us more than they are," she said.

He says the ultimatum residents are facing is not a good idea, and fears many will just disperse around the city. Beletsky believes more preventative measures need to be taken to address affordable housing, mental health and substance abuse.

“This very situation arose a couple of years ago when Mass. and Cass was cleared out under Operation Clean Sweep,” he said. “And we’re back where we started so clearly this kind of approach doesn’t work.”

Some living in the tents worry about what will happen come Monday morning when their deadline to move out is up. Resident Ray Vargas said he doesn't think everyone living in the area will leave on their own.

Boston Mayor Kim Janey announced that the city will no longer allow people to live in tents, a move meant to address the situation at Mass. and Cass

The area near Massachusetts Avenue and Melnea Cass Boulevard has been inundated with people struggling with homelessness and addiction. It's also become a haven for crimes.

This month, Boston Mayor Kim Janey said the rampant drug use and homelessness in the area was a public health crisis and vowed to remove the tents scattered along the sidewalks near the intersection.

On Monday, Boston Public Health Commission employees went out with bins to help people start to pack up their belongings, but no one or their personal belongings were seen being forcibly removed. City workers spoke with people about housing alternatives as well as options for mental health resources and treatment for drug addiction.

Linda Sprague Martinez, an expert in social welfare policy at Boston University's School of Social Work, has said she hopes the city continues to take a slow approach to the process and emphasized the importance of taking the time to ensure that the effort does not fail the neighborhood or the people who are living in the homeless encampment.

“We don’t need to say, ‘Rush, rush, rush. Everyone out.' That’s not going to solve the problem because what will happen is, there’ll be a new tent tomorrow, or it’ll pop up somewhere else," Martinez said this week. "I don’t think we can make an assumption that, ‘I know what’s best for you, I think you need to stop using drugs right away.' I think people need to hear their options."

City officials have not yet revealed a specific deadline for when tents need to come down. Anyone who doesn't comply could face a charge of disorderly conduct.

Officials have estimated that about 150 tents need to come down.

The cleanups earlier this week were in areas that needed scheduled building maintenance, officials have said. 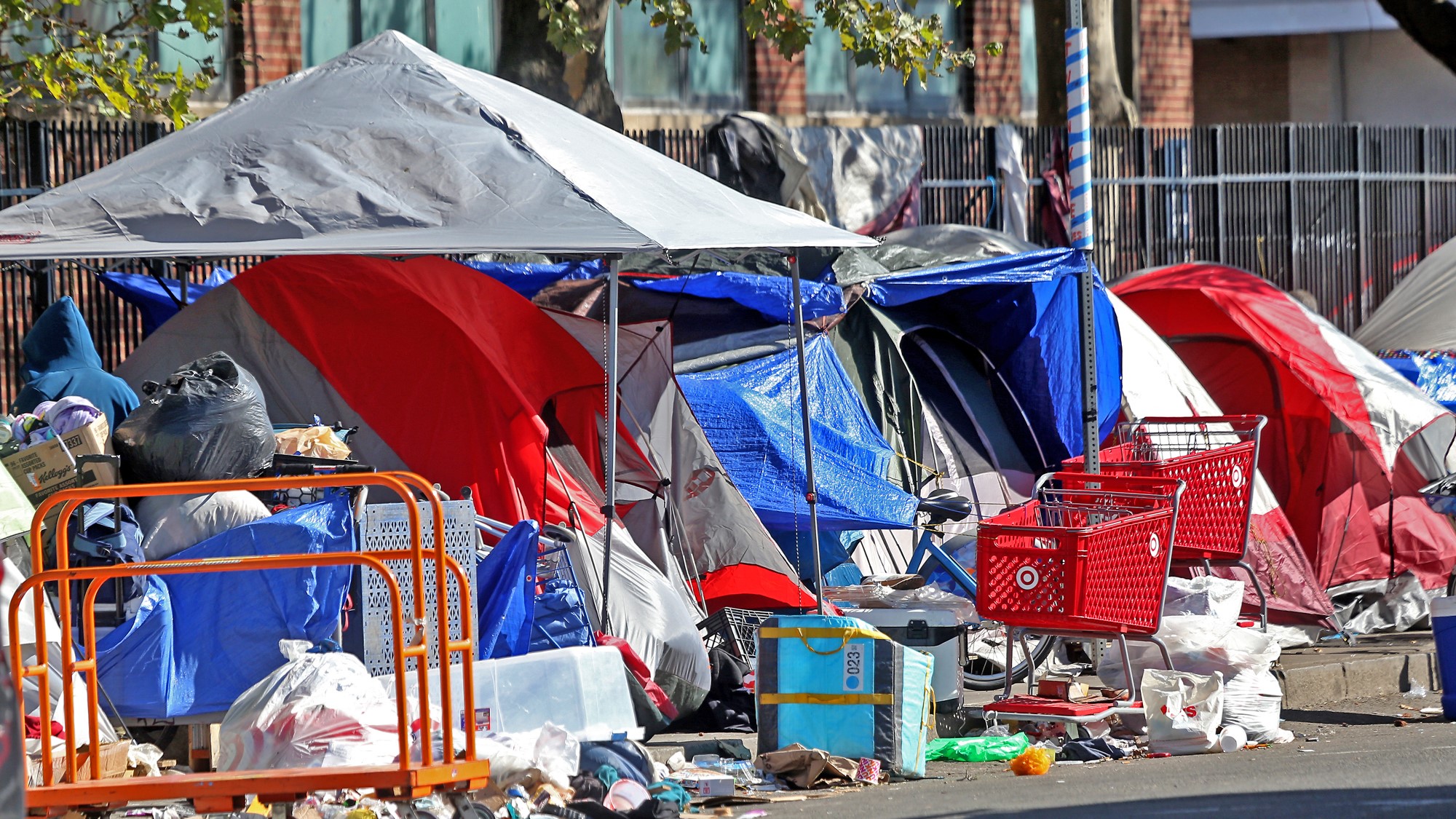 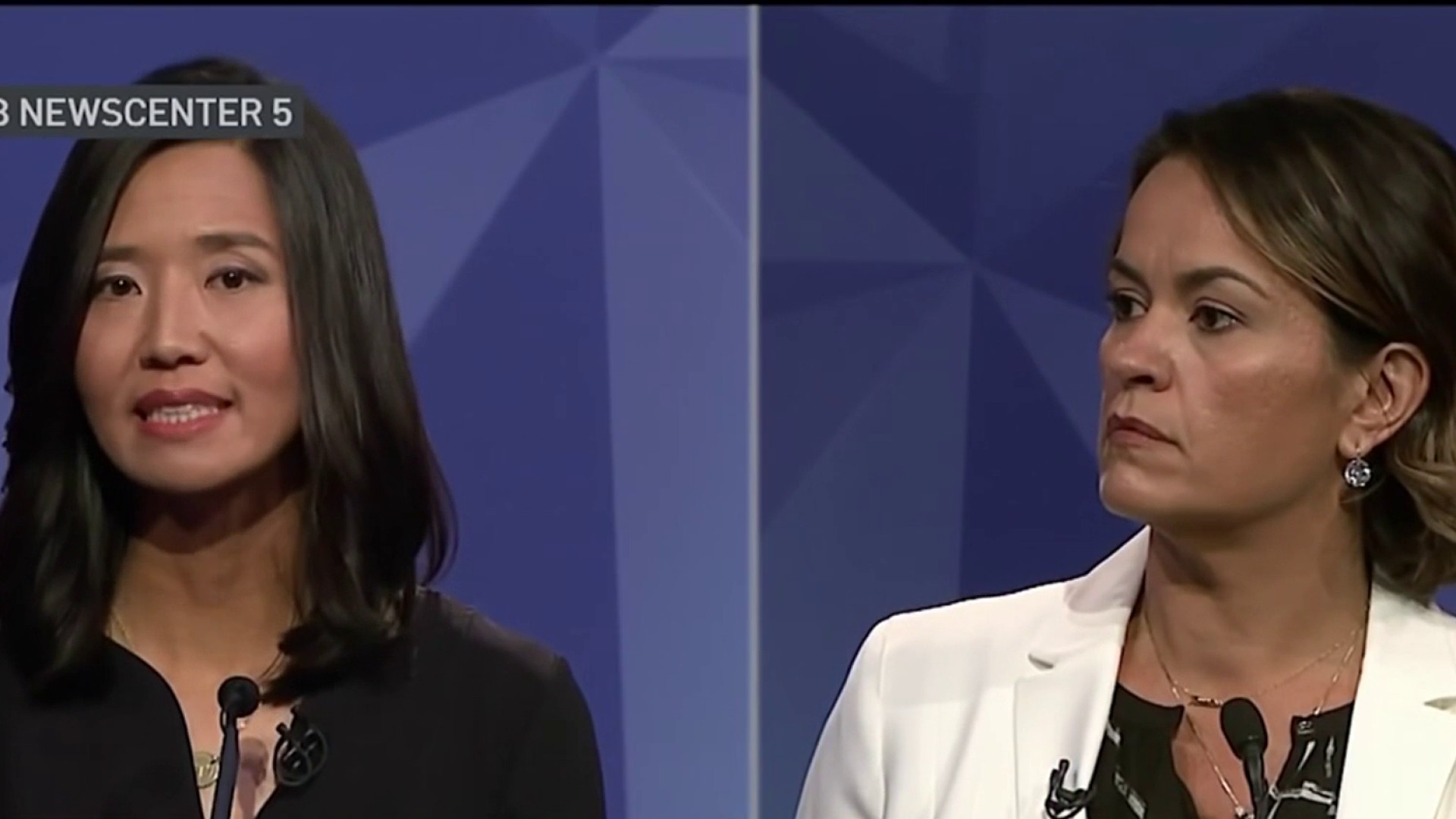