To those who are unfamiliar with the area, Braintree may be known for two things: the South Shore Plaza for shopping and the Braintree Split for traffic. But once you get beyond these two spots, you find a quiet, tight-knit community that has a lot of hidden gems when it comes to dining, and outdoor spaces as well.

Braintree is kind of a bookend to Burlington or Peabody to the north in which two major highways meet up on the outskirts, and with it, a mini-city of sorts right by the intersection that includes a mall, industrial and commercial buildings, and a good number of chains. And much like those two communities, driving a short distance past the mall (the South Shore Plaza) and the surrounding hustle and bustle brings you into a mostly unspoiled suburb with tree-shaded streets, views of the Blue Hills just to the northwest, and three town centers including one that is shared with neighboring Weymouth.

All three “downtown” areas have some excellent options for dining (and in particular, takeout as the pandemic continues), and you can also find some good restaurants and food/drink spots a bit off the beaten path as you head away from the commercial districts.

If you feel an appetite coming on, a good place to start is South Braintree Square, an historic neighborhood with an old-fashioned town center and a number of good dining spots. Those who like old-school Italian will want to consider Campanale’s, a homey little spot on Pearl Street that has outstanding pasta dishes and pizza along with chicken, veal, steak, and seafood options, all of which can be ordered for takeout.

A few Asian eateries can be found here as well, including Ganh Pho and Sake, both of which reside on Washington Street in the heart of the square and which offer Vietnamese food and sushi, respectively (the noodle soups are particularly good at Ganh Pho). If it’s Greek pizza you crave, Braintree House of Pizza on Washington Street has an excellent version of this regional item, and their subs (including a terrific steak and cheese) are well worth getting, too. 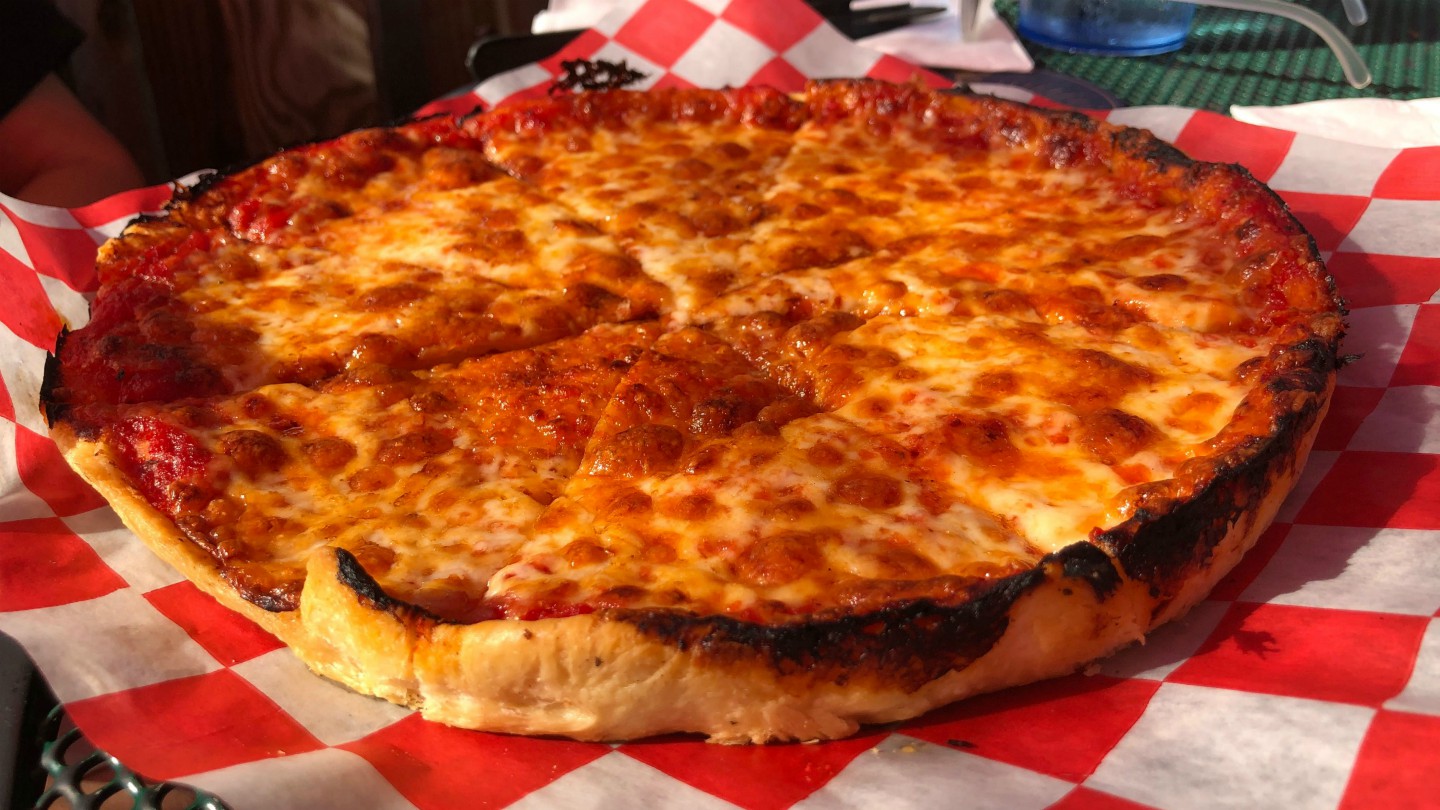 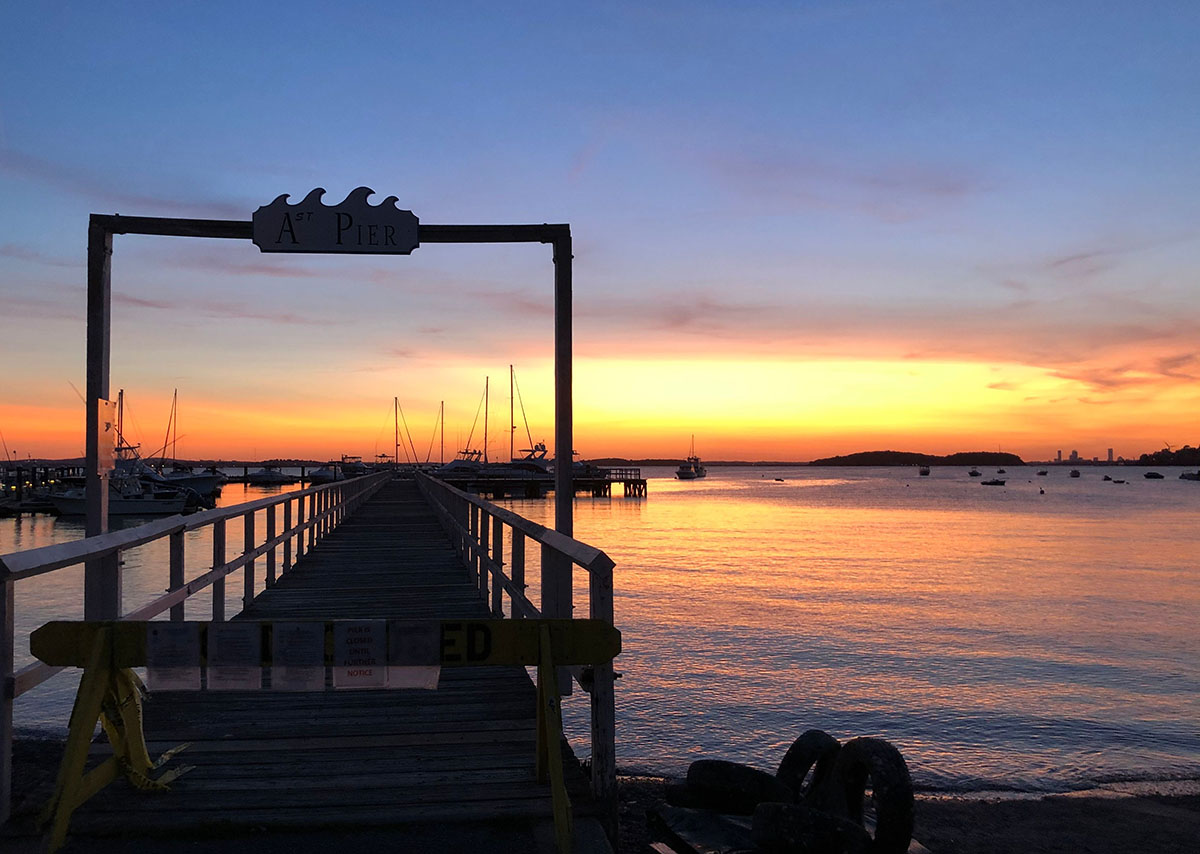 Just around the corner from BHOP is the Olympian Diner, a longtime fave for breakfast items and comfort food; this cash-only place is a true local hangout where you’ll find regulars ordering such dishes as pancakes, corned beef hash plates, club sandwiches, and fried and broiled fish.

Heading north on Washington Street will bring you to Braintree Square, which is a bit smaller and quieter than South Braintree Square, and which is just off Route 3, making this a very easy place to get to if you’re on the highway and need a quick bite to eat. Two restaurants stand out here, including a great breakfast spot called Kristin’s, a local fave on Washington Street that has some rather unusual options for pancakes, including fluffer nutter, German chocolate, birthday cake, and butterscotch.

On the same side of Washington Street is Anchan, a tiny Thai eatery that is perfect for takeout and one that does great takes on chicken satay, pad Thai, and more, including a few delicious shrimp dishes.

A few minutes east of South Braintree Square and Braintree Square is Weymouth Landing, whose name is a bit confusing because part of this busy commercial area is actually in Braintree. And the Braintree side has a few restaurants of note (all of which offer both takeout and dine-in service), including El Sarape, a longtime Mexican spot on Commercial Street that features some comfort food options that are perfect for the winter, including tacos, nachos, quesadillas, enchiladas and chile rellenos.

A new place in Weymouth Landing is Rivershed, which is on the same block as El Sarape and whose original location is in Scituate. Expect to find all kinds of BBQ items here such as ribs, brisket and pulled pork along with chicken and waffles, burgers and wings. Across the street from both restaurants is Bates Bar and Grill, a casual spot that features a mix of classic American and New American dishes, including a great take on another regional food — steak tips.

As mentioned earlier, several other restaurants and food/beverage shops are scattered about here and there in Braintree, including three (four, actually) that are next to each other in a small shopping center just north of the Randolph line. Braintree Brewhouse, Montilio’s, and Granite Grill FX all sit in the Granite Plaza on Granite Street, with the brewhouse being known in part for some of the best bar pizza in the region, Montilio’s being an old-fashioned Italian bakery and pastry shop — and also housing the new and impressive Newcomb’s Breakfast and Lunch within the space — and Granite Grill FX being a casual upscale place that features American and Italian dishes.

Speaking of Italian, way over on the other side of town in East Braintree are two great Italian restaurants on the same road (Quincy Avenue), and it’s indeed tough to choose between Maria’s and Spazio, though if you want old-school Italian with some Greek options as well, go with Maria’s while if it’s seasonal Italian and Mediterranean fare that you’d like, Spazio is a very good bet — and both are big on takeout these days.

A short distance west of South Braintree Square and a few blocks south of Granite Plaza is Rosie’s, another local spot that is well under the radar, and the thin-crust pizza here is something to behold, so much so that you’ll hear rumblings from Braintree residents that it is among the best of its kind in the Greater Boston area.

Some of the areas surrounding South Braintree Square also have some worthwhile options for food, including Cielo, a Mexican eatery near where Washington Street, Hancock Street and Plain Street all meet, and while during better times, this spot is a great option for dining indoors while sampling some of their marvelous tequilas, takeout is the name of the game for many here now, including such items as tamales, ceviche, tortilla soup, carne asada, chipotle shrimp and cochinita pibil (pork lovers will really like this last one).

Heading east on Union Street from the square you’ll find Tennessee’s, a quick-service BBQ joint that does great takes on pulled pork, burritos, wings, chopped beef, ribs and mac and cheese. If you head north, beyond the South Shore Plaza on the other side of the highway, there’s a tiny strip of Braintree on Wood Road that is mostly industrial, but which is home to Widowmaker, a relatively new brewery that is really starting to make a name for itself thanks in part to its sublime IPAs; and Bin Ends Wine next door which is a friendly and welcoming shop with tons of wine options as well as a good supply of spirits and beer.

With so many options for takeout food, you may be wondering if there are many spots to grab a bench or picnic table, or (if you’re more of a hiker or outdoors person) a rock, log or ledge to dine on if the weather cooperates.

Braintree has a number of such places where you can do this, with one of the easiest ones to get to being Sunset Lake just west of South Braintree Square. This serene body of water is — as you might expect — particularly beautiful at dusk, but the views from the park areas near the square are great anytime, and especially when there’s snow on the ground. Near Sunset Lake just beyond the northern edge of South Braintree Square is French’s Common and a charming little village green, both of which abut the town hall and are across the street from the library.

While you won’t find much walking around here, it’s a perfect spot to sit and have a bite, that is, if it’s a mild winter day with no snow on the ground. Heading toward East Braintree is Pond Meadow, a conservation area that extends into Weymouth as well, having more than 300 acres of woodlands, fields and a gorgeous pond with a dam that has memorable views from the top of it, and there are plenty of benches and picnic tables (and docks) throughout.

Finally, while the Blue Hills reservation has just a tiny bit of its 7,000 acres in Braintree, you’ll find some pretty interesting sections of this massive outdoor space in town (or just over the border), including a little wedge between West Street and the highway near the Randolph line that includes a small part of the “old” Route 128, while entrances off Wood Road near Widowmaker and Bin Ends will lead you into Quincy and the heart of the park where you could hike 10 or more miles if you’re so inclined.

Braintree is one of those overlooked communities that is much more than simply a place with a mall and a major highway intersection, and even though a number of restaurant chains do make their home here (mostly near the mall and in other shopping center areas), there are also endless options on the indie dining side, nearly all of which offer takeout.

Do yourself a favor and go beyond the plaza sometime to search for takeout and maybe a bench on which to sit, and you’ll soon forget all about the constant hum of the highway and the crowds. 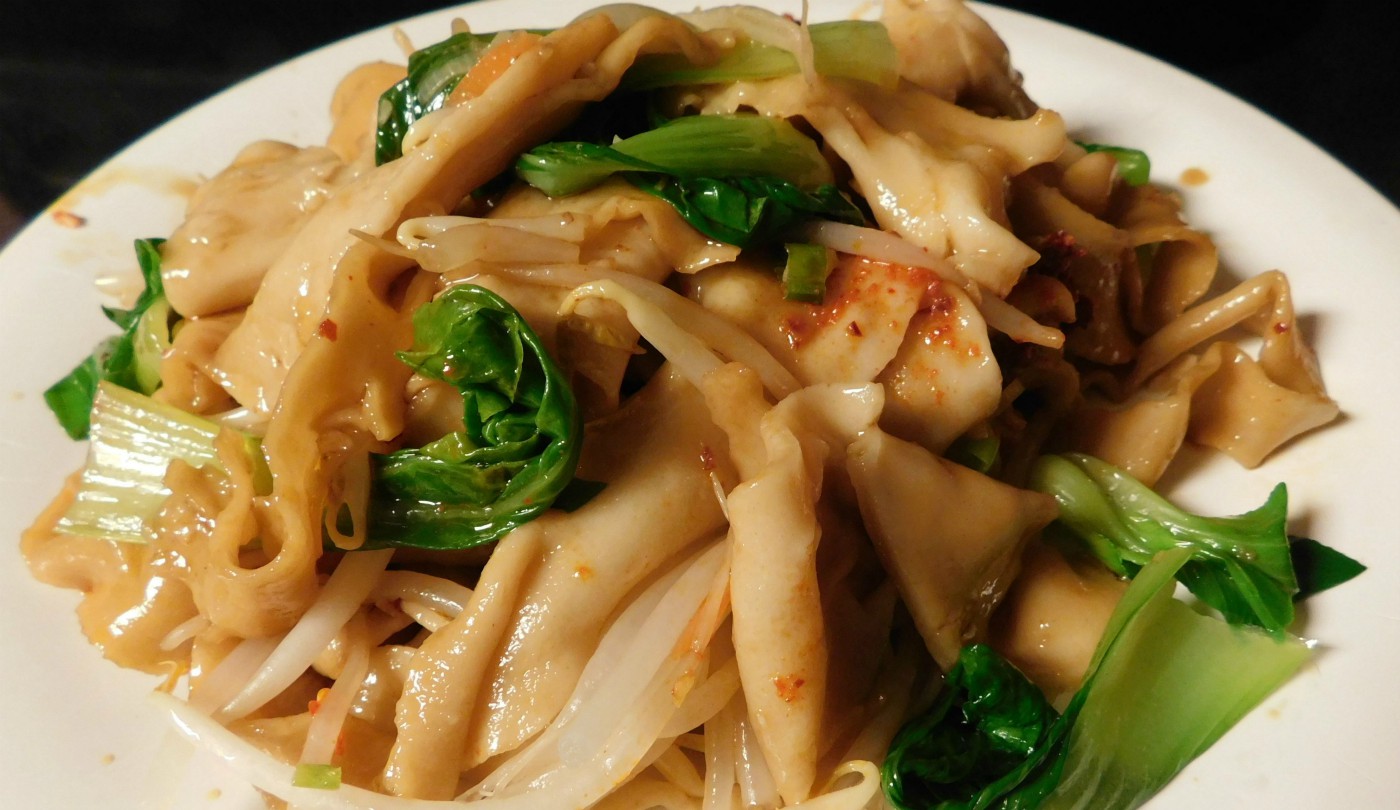 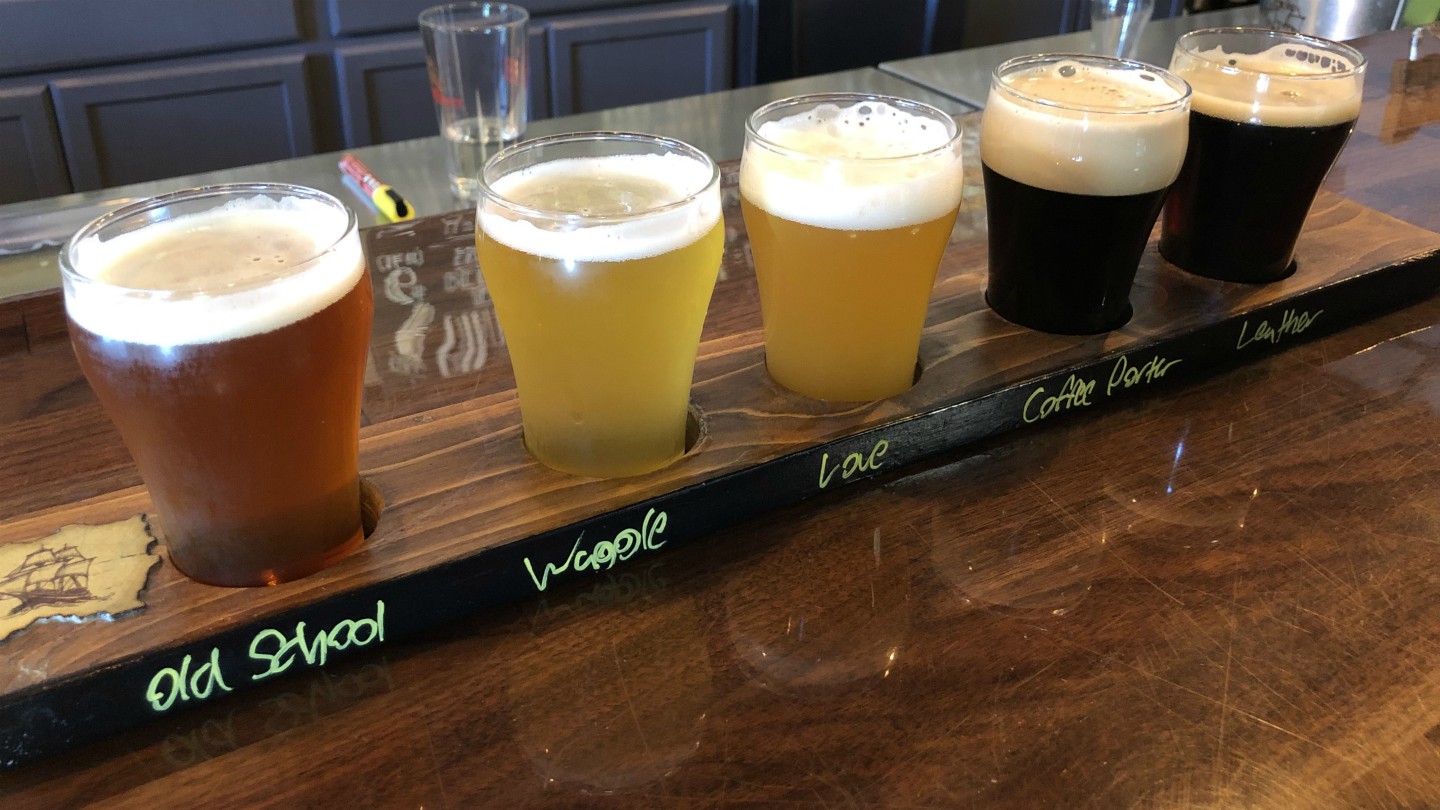