President Joe Biden marked his first Memorial Day weekend as commander in chief by honoring the nation’s sacrifices in a deeply personal manner as he paid tribute Sunday to those lost while remembering his late son Beau, a veteran who died six years ago to the day.

As a cold rain fell, Biden made his annual appearance at the commemoration in New Castle, not far from his Wilmington home, a day before he planned to do the same at Arlington National Cemetery on the official observance.

The death of his son from brain cancer at age 46 is ever-present for the elder Biden, with the loss defining so much of his worldview, dotting his speeches and stirring his empathy for others in pain.

The Memorial Day weekend, long an important moment for Biden, took on added poignancy this year as the president spoke frequently and emotionally of his own loss while expressing the gratitude of a nation for the sacrifices of others.

“I can’t thank you enough for the continued service for the country,” said Biden, addressing a crowd of Gold Star military families and other veterans in a ceremony at War Memorial Plaza in the shadow of the Delaware Memorial Bridge. “I know how much the loss hurts.”

Though a tent was overhead, the cold wind whipped the rain onto the guests as they watched a lone military trumpeter play taps at a memorial to Delaware’s fallen troops. Biden appeared to pay the chill no mind, remaining for the entirety of the 75-minute ceremony and mouthing the words to the closing rendition of “God Bless America.” When it was time, he snapped a salute to the wreath laid at the memorial.

Biden had attended the ceremony nearly every year for decades, and it was at last year’s event when he emerged for the first time since the onset of the COVID-19 pandemic, spotted with a mask while laying a wreath.

Hours before Sunday's ceremony, the president, first lady Jill Biden and other family members attended a memorial Mass for Beau Biden at their local church. After the service, the Bidens greeted well-wishers outside the church and, for the first time in more than a year, were able to receive warm hugs and handshakes at their home parish.

The Bidens walked to Beau’s grave, which is on the property of St. Joseph's on the Brandywine, and left flowers amid several American flags that had been placed on the well-manicured lawn next to the marker. 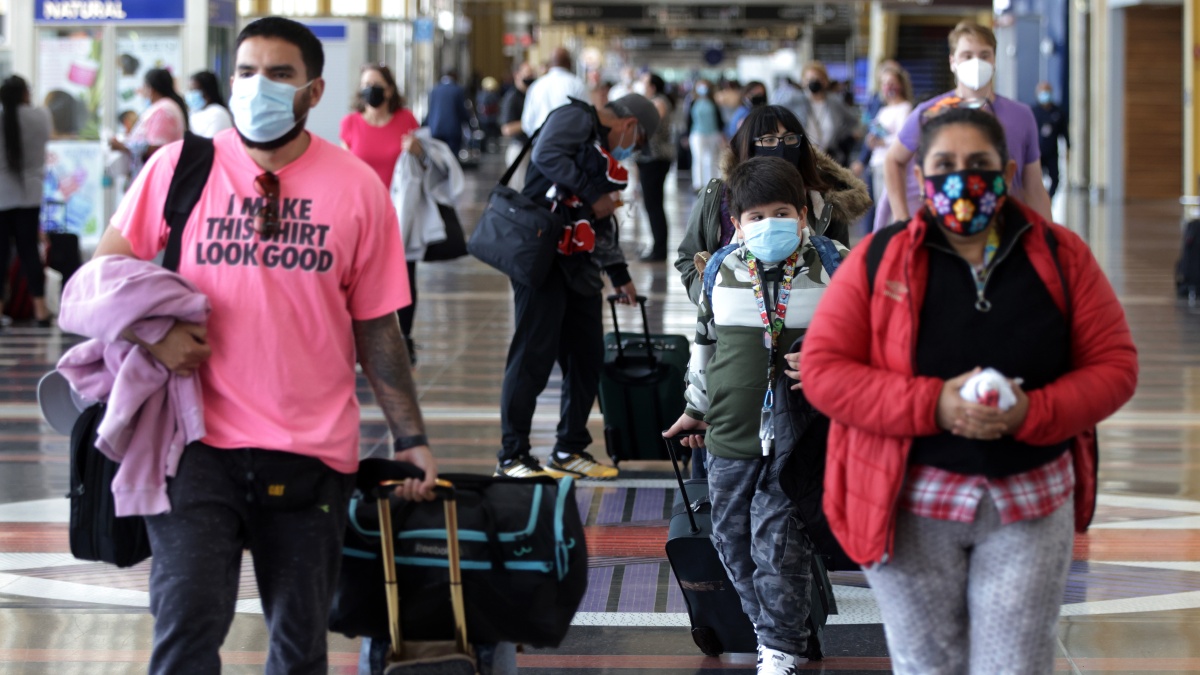 Beau Biden served two terms as Delaware's attorney general before declaring a run for governor, and many saw in him the same aspirations that brought his father to the White House. Beau Biden also served in Delaware’s National Guard and, when sent to Iraq, received permission to wear a uniform emblazoned with a different last name so as not to receive special treatment.

That story, which Biden told Friday at a Virginia air force base, was one of the many moments in which Biden’s son defined the Memorial Day weekend. After beginning with an emotional remembrance of his late son, Biden acknowledged the unheralded sacrifices made by the service members and their families.

“You are the very best of what America has to offer,” Biden said then.

Biden also underscored his recent decision to pull troops out of Afghanistan later this year, expressing gratitude to service members who took multiple tours of duty in America’s longest war.

He largely avoided the particulars of international affairs on Sunday, though he pledged to press Russia’s Vladimir Putin on human rights during their summit in Geneva next month and said that the moment was right to show the world, and namely China, that the United States was ready to lead again after four years of a largely inward-looking foreign policy under President Donald Trump.

“It’s time to remind everybody who we are,” he said.