What We Can Learn From a RI Hospital's COVID Outbreak — Could It Happen in Mass.?

A Rhode Island hospital is dealing with a COVID-19 outbreak among patients after it asked staff who had tested positive, but were asymptomatic, to come in due to a staffing shortage.

Massachusetts hospitals have been struggling with staffing shortages for months, while the latest omicron-driven surge has prompted "astronomical" case numbers. And new rules are in place allowing hospitals that are short on staff to bring health care workers who've tested positive back in under a week.

During NBC10 Boston's weekly "COVID Q&A" series Tuesday, three top Boston doctors discussed whether a COVID-19 hospital outbreak like what happened in Rhode Island could happen in Massachusetts as well.

Eleanor Slater Hospital, a state-run facility with campuses in Cranston and Burrillville, Rhode Island, reported it had 47 infected patients as of Wednesday, according to the Boston Globe. That was in addition to 28 infected patients reported last week. The hospital has roughly 200 patients.

State health officials have maintained that COVID-positive workers were not connected to the outbreak.

The hospital had at least five COVID-positive staff members come into work last week due to staffing shortages, according to a memo posted on the official Rhode Island state website.

Last month, the Centers for Disease Control and Prevention updated guidance for health care workers, allowing them to come back to work seven days after an infection if they test negative and don't have symptoms, or even fewer if there are severe staffing shortages.

Massachusetts hospitals are also struggling with major staffing shortages amid a surge in COVID-19 cases, which prompted Gov. Charlie Baker to activate hundreds of members of the National Guard.

The National Guard is joining understaffed hospitals to help manage a dramatic rise in admissions.

Some Massachusetts' COVID metrics have been spiking to heights not seen even in previous surges, thought to be driven at least in part by the omicron variant.

And while case numbers appear to be dipping since then, along with the level of COVID in the Boston area overall, the number of hospitalizations and deaths are expected to continue the pattern seen earlier in the pandemic of surging several weeks after case numbers.

Could Massachusetts hospitals have COVID outbreaks?

Dr. Shira Doron, the hospital epidemiologist at Tufts Medical Center, is responsible for establishing policies like return to work and investigating outbreaks among staff.

"It is not a comfortable place to be where we need to return health care workers to work early," Doron said.

Tufts Medical Center is considered to be in "contingency staffing," Doron said, which means the hospital asks staff to return to work after five days if they feel well enough. However, if the hospital enters a "crisis" staffing level, that policy would change to allow COVID-positive employees to come to work.

"That is a trade-off, because nobody is saying that people aren't still contagious on day six," Doron said. "But surgical medical grade masks do work as source control to prevent ongoing spread, so we do have that layer of safety that we can add to the situation."

"The bottom line is, we have to fulfill our mission to patient care and we cannot do it with the number of infected staff that we have, the staff shortages that we have and the increase in hospitalizations and the acuity that we have," Doron said. "So it is a necessary trade-off. There is just no question and it's something that we have to do."

In terms of outbreak investigation in the hospital, Doron said the majority of cases she investigates each day are linked to in-home exposure, rather than a breakdown of infection control protocols within hospital units.

"We've never seen anything like this before, but because we've never seen levels of COVID in the community like this before," Doron said. "And so any time you hear about an outbreak in a hospital, I think you need to take that with a grain of salt because the predominant method of exposure actually is out in the community and usually in your own home."

Like during the start of the COVID-19 pandemic, some hospitals in Massachusetts are implementing restrictions for visitors.

"We're seeing exactly what Dr. Doron is saying," Boston Medical Center's Dr. Sabrina Assoumou said. " A lot of the the infections are occurring in the community, not like inside the hospital."

She emphasized that the best way to remove the strain on the overwhelmed hospital is for the public to get vaccinated and wear high-quality masks in indoor public settings, improve facility ventilation and through testing.

"One thing that's really been different about this surge is the number of health care workers who have to be out, so they know we really need to mobilize the community to really help us get over this surge," Assoumou said.

Dr. Daniel Kuritzkes, chief of infectious disease at Brigham and Women's Hospital, noted that the outbreak in Rhode Island lacked definitive evidence that the health care workers who went to work with COVID were connected to the outbreak.

"There is an important balance in assuring adequate staffing to be able to care for people in the hospital and the desire to minimize the risk of what we call nosocomial or in-hospital transmission of a virus from health care workers to patients," Kuritzkes said. 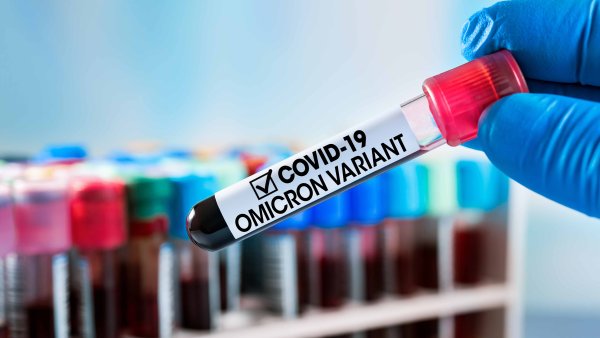 Is the Omicron Surge Peaking? Here's What Boston Doctors Say 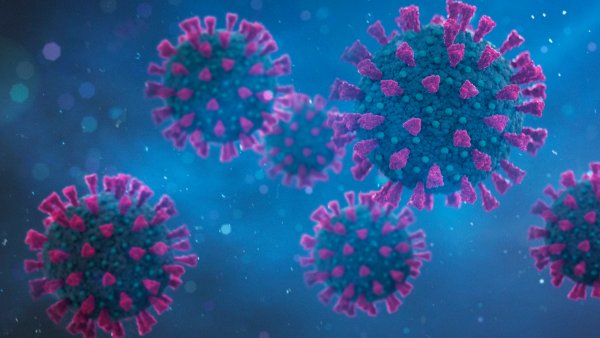 ‘More COVID Than Ever Before': Boston Doctors Stunned by Surge