Here's How to Help People in Hurricane Ian's Path

As Hurricane Ian, now a Category 3 storm, makes landfall over western Cuba, resources all the way in Massachusetts are on standby ahead of potentially severe impacts to the Tampa Bay area of Florida.

Ian could potentially morph into a Category 4 storm as it inches towards the Sunshine State.

Florida has declared a statewide emergency and evacuations along the west coast, including the Tampa Bay area, are underway. Many have been boarding up and gathering supplies to prepare their homes for the impacts of Hurricane Ian.

Salvation Army crews in New England are ready to jump into action if Hurricane Ian lives up to its potential and causes serious damage.

People have also been filling sandbags to prepare for potential flooding from increased rainfall, which could occur as Ian approaches. Stores across the area are wiped clean, after people emptied shelves in preparation.

"When you hear words like catastrophic being thrown around you never wanna take that lightly," Disaster Services Director for the Salvation Army's eastern territory Bob Myers said. "So I think that the fact that you’re seeing widespread evacuations in place in large areas of Tampa Bay region and the western coast of Florida that signifies the seriousness of the situation that folks are facing."

If you want to help people who will likely be impacted by the storm, one option is to support the Salvation Army by either sending donations to its disaster relief fund, or signing up to be a volunteer. You can also help by contributing to the American Red Cross. 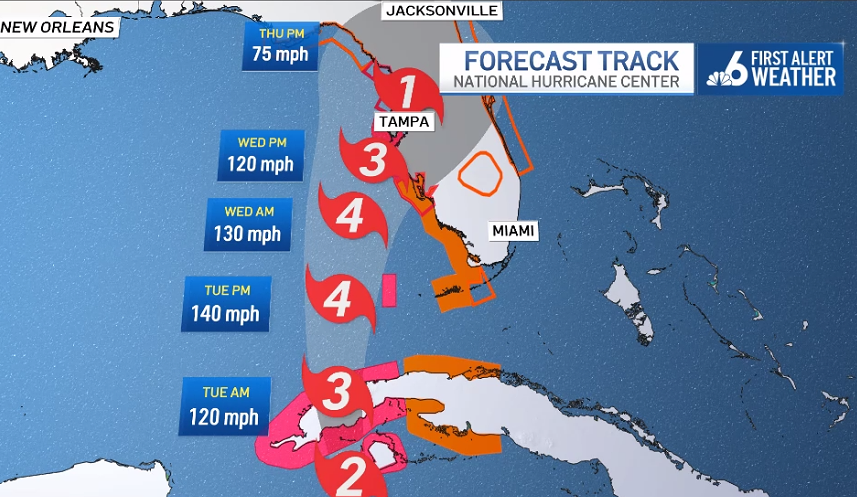 Ian Expected to Become Major Hurricane as It Nears Cuba