‘It Wasn't Worth It': Threats Against Election Workers Have Some Leaving the Job

Records obtained by the NBC10 Investigators show more than a half-dozen election workers in New England reported threats of violence, harassment and intimidation since 2020

Patty McKerley had dealt with election observers before.

But she said nothing could have prepared her for the encounter she had last November, when an armed election observer walked into the Manchester, New Hampshire, polling location where she was the moderator.

“He came in with his camera and he was videotaping. Then he lifted his shirt to let us know he had a gun. So, right there we were a little bit ‘OK, this is a little bit different,’” McKerley said.

For nearly an hour the observer walked throughout the polling location, ignoring McKerley’s request that he stay in the dedicated observer's area.

“He stated that he was there to be an observer and to make sure that there was no corruption,” she said. “We had to keep pushing him back and then people that had to go to the checklist, he stood right there videotaping them as they were going through and occasionally lifting a sweater up so that people would see that he was armed, which started making everybody uncomfortable. And at one point, people stopped coming into the room.”

McKerley said she and her colleagues felt threatened and intimidated.

Eight months after the video was recorded, the New Hampshire Attorney General’s office issued the man a cease-and-desist letter.

It’s practically been a year since the encounter, but McKerley says that rewatching the video, which the observer posted to YouTube, brings back the fear she felt.

“There were other young poll workers that were working that actually left the room because they were getting uncomfortable. Everybody was starting to get fearful,” she said. “Everybody has the right to be an observer, but nobody has the right to intimidate and to prevent other people from voting.”

Following the 2020 election, poll workers and election officials have found themselves the targets of intimidation, harassment and threats of violence.

“We've seen a little bit of that trend towards threats to election officials, which is why that becomes kind of more of a focus force leading into 2022,” said Matthew Giacobbi, assistant special agent in charge of the FBI’s Boston Division. “A threat to our election workers, is a threat to our democracy.”

More on threats against election workers 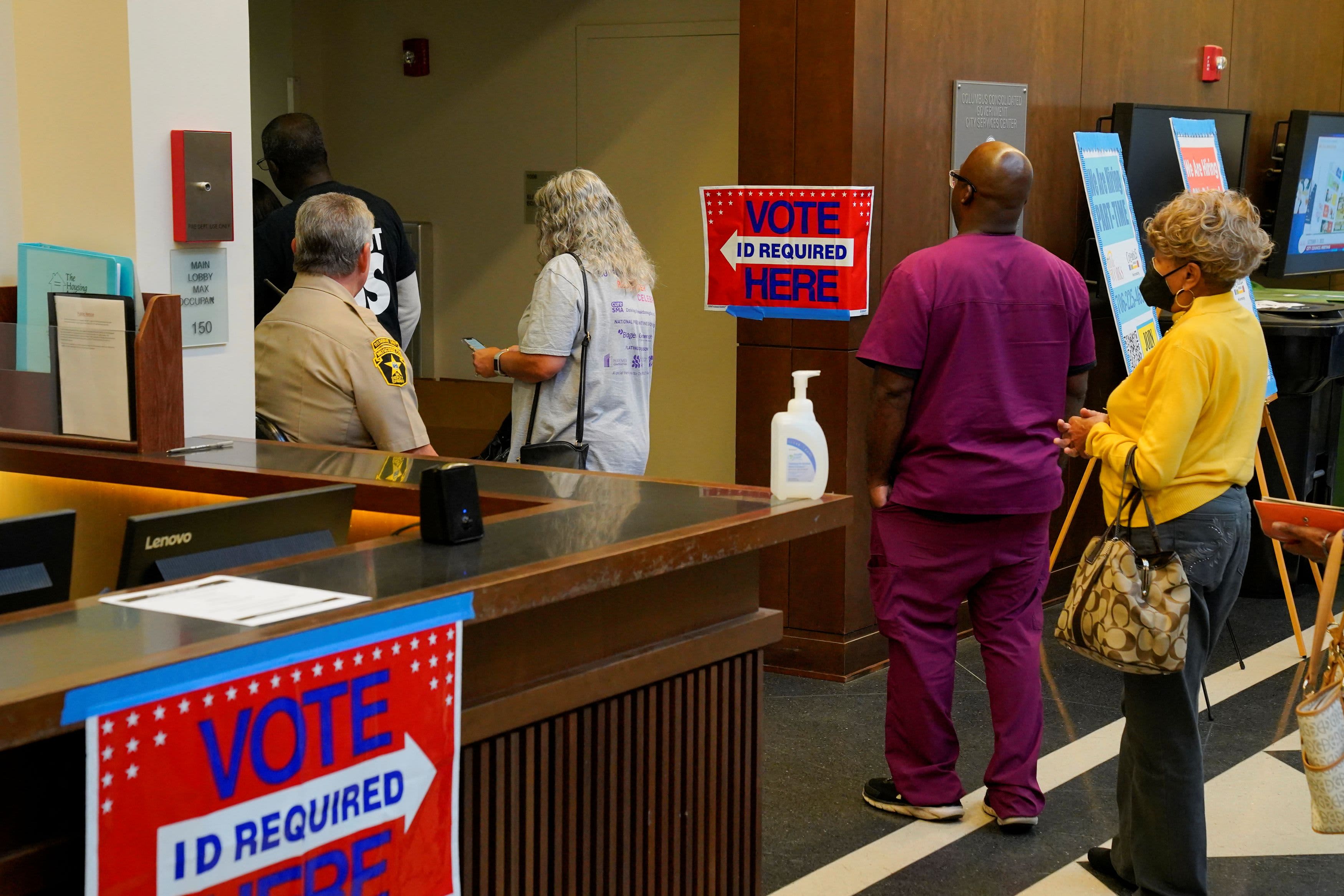 ‘We're Going to Hang You': DOJ Cracks Down on Threats to Election Workers Ahead of High-Stakes Midterms Facing Threats, Some Election Workers Weigh Whether to Stay

The FBI plays a critical role in the Department of Justice’s Election Threats Task Force.

Since its inception last year, the task force has reviewed more than 1,000 reports of hostile or harassing behavior toward election workers nationwide.

More than 100 of those incidents met the threshold for a criminal investigation.

“The states are ultimately responsible for conducting the elections, but we are right there in partnership with our various secretary of state's office offices to make sure we're in coordination and learning about anything they're seeing on a state level that may rise to the federal level,” Giacobbi said.

Records obtained by the NBC10 Investigators show more than a half-dozen election workers in New England reported threats of violence, harassment and intimidation since 2020.

Some of the more troubling incidents include a voter in Cambridge, Massachusetts, who was skeptical that poll workers would count her vote and became verbally abusive.

In Waterville, Maine, a man was arrested for making a death threat against the city clerk.

While alarming, Giacobbi says other pockets of the country have it much worse

“We've seen a little bit on the threat side as far as threats of physical violence, but it really runs the gamut. Thankfully, here in New England, as we sit here, we've been in relatively good shape as far as those threats go,” he said.

On election night a command post will be set up in conjunction with the U.S. Attorney’s Office.

Giacobbi says the FBI won’t respond directly to polling places and will leave any issues to be dealt with by local law enforcement.

He said agents are already on the ground coordinating with secretary of state offices should an incident warrant a federal response.

“We want folks to have faith in our system, know that we're there to monitor. [We] encourage people to come forward if they see abnormalities or see things that don't seem right,” he said. “We're so politicized right now as a country. You're going to have people on either side trying to pull at the sort of foundation of our democracy. I think, for me, it's just knowing when I wake up the next day, November 9th, that I have confidence that we did everything we could from our side. And hopefully people wake up and realize the election went well without any major issues.”

“I have not heard anything at this point that would lead me to believe that there's going to be any type of organized effort to disrupt election,” he said.

In some parts of the country, security concerns have also led to staffing issues. Some election offices have struggled to find volunteers to work the polls.

Multiple election offices across Massachusetts told the investigators they’re staffed up, and Scanlan is confident the Granite State will have enough poll workers come Nov. 8.

Patty McKerley will not be one of them. Her encounter last November was the last straw.

“I chose to, at that point, never volunteer again,” she said. “I have a lot to live for. I have a lot of children and grandchildren. The risk, it wasn't worth it.”