The Maine Lobstermen’s Association has pushed back against the rules, and is now doing so in federal court

A lobster fishing group based in Maine filed a lawsuit against the federal government on Monday charging new rules designed to protect whales are not based on the best available science.

The National Oceanic and Atmospheric Administration announced the rules, designed to protect North Atlantic right whales, in August. The rules include new standards that reduce the number of rope lines that link buoys to lobster traps that can be in the water.

The Maine Lobstermen’s Association has pushed back against the rules, and is now doing so in federal court. The group said Monday that NOAA failed to give the industry credit for steps it has taken to save the whales via new conservation measures. It also said there has not been a right whale entanglement with Maine lobster gear in almost 20 years.

Maine is taking a stand against a strict new federal plan to stop right whales from dying by releasing its own protections for both the whales and the fishermen.

“They are punishing Maine lobstermen, and they are not going to save whales,” said Patrice McCarron, executive director Maine Lobstermen’s Association.

A NOAA spokesperson declined to comment on the litigation.

The right whales number only 360 and have suffered high mortality and low reproduction in recent years. 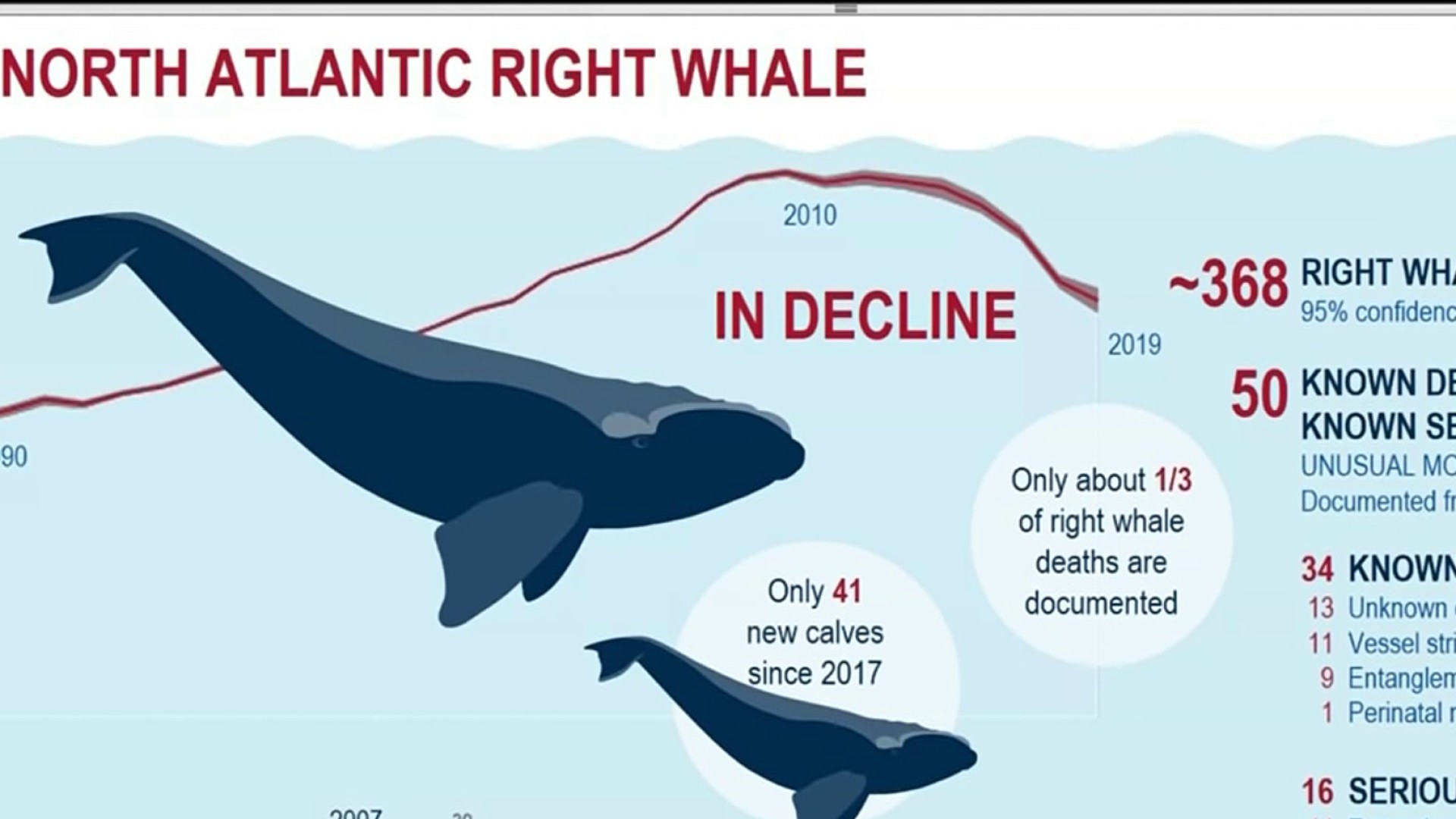