Maine Lobster Week Kicks Off for the First Time

Mid-September, when seaside lobster shacks either have closed or often schedule closing dates, made specific sense for Maine Lobster Week, according to the group that created it

Visitors and locals in Maine unabashedly order up lobster at restaurants in the state year-round. But this week, through Saturday, is the first-ever Maine Lobster Week.

The idea for a week-long celebration of the crustacean that is synonymous with Maine came from the Maine Lobster Marketing Collaborative, a lobster industry group, when its leadership team saw an opportunity and the success of similar festivities like city restaurant weeks.

"It reminds people that the lobster season is still going strong in the fall, when a lot of people might not be thinking about it," said Marianne LaCroix, the executive director of the Maine Lobster Marketing Collaborative.

She explained that there is no reason to panic about shaky lobster demand in the state.

"Demand's been really strong for lobster this year," she said, adding that mid-September, when seaside lobster shacks either have closed or often schedule closing dates, made specific sense for Maine Lobster Week.

"Normally, the summer highs have started to slump a little bit, the holiday season hasn't really picked up, we figured this was sort of a sweet spot and we also have National Lobster Day on Sept. 25," LaCroix said.

It was quite a catch for one captain.

To develop its plan for Maine Lobster Week, the marketing collaborative said it partnered with organizers of Maine Restaurant Week, which last happened in March.

While people are encouraged to buy lobster, live or otherwise, from Maine stores or lobster pounds, they can also go out for special lobster-themed meals and lobster rolls at restaurants listed on the organization's website.

They are located everywhere from Ellsworth to Portland to Kennebunkport. Options include multi-course meals that feature lobster toast, lobster niçoise and lobster pot pie.

However, even the Lobster Marketing Collaborative admits that lobster -- be it whole or in a roll -- is, in many places, a bit pricier this year than in year's past.

LaCroix said that does not necessarily have to do with demand alone, since data on this year's lobster landings won't be available until for 2021 until the winter.

Instead, she explained, shipping and logistics can actually add on to crustacean cost.

"There's been a supply chain challenge getting products to consumers, not just with lobster but with other products," she said. 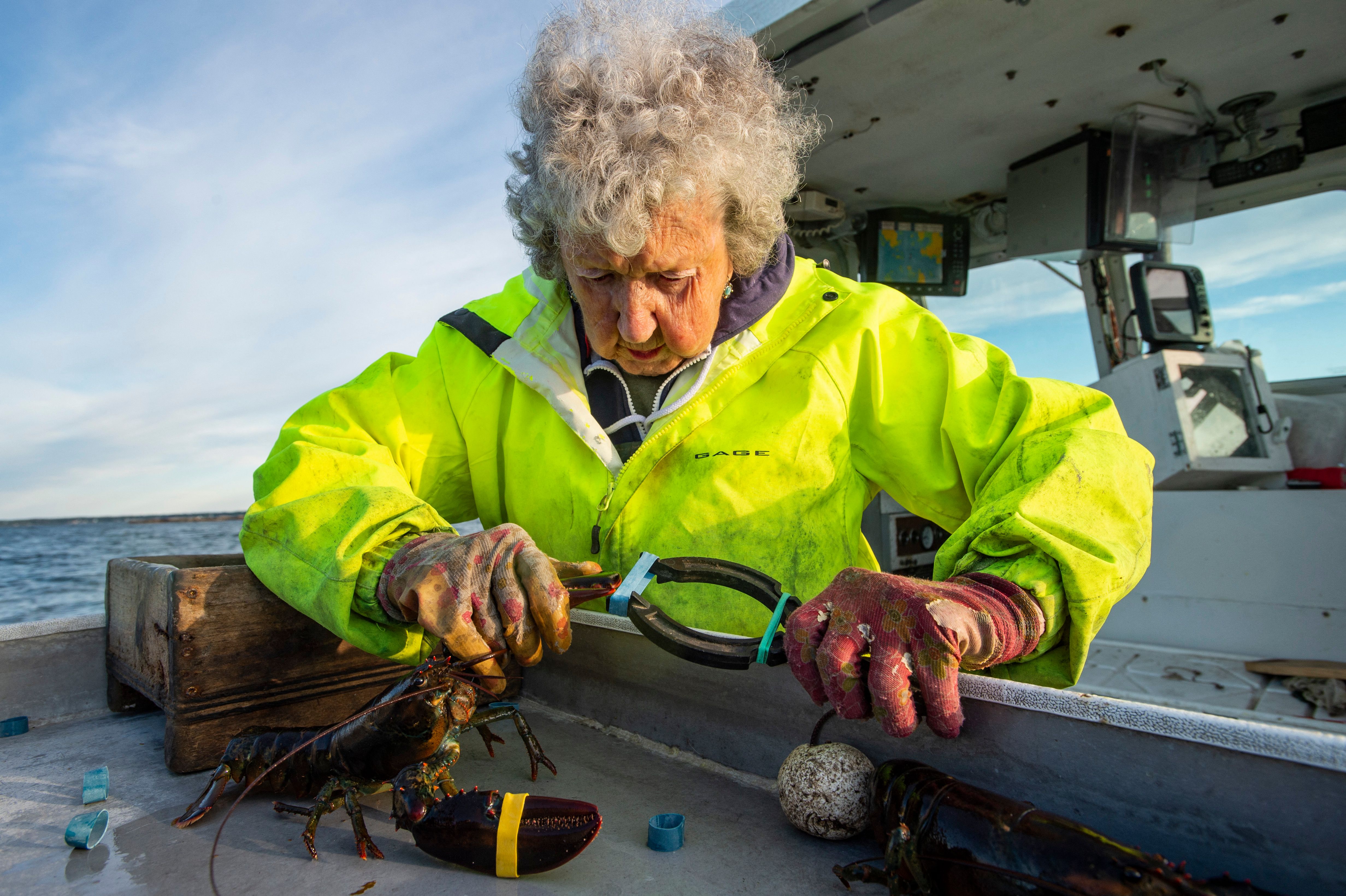 At 101, She's Still Hauling Maine Lobsters With No Plans to Stop

Asked if imminent changes to lobstering regulations from NOAA meant to protect endangered right whales was something else Maine's lobster industry hoped to raise awareness of during the week, LaCroix replied that, "Certainly, the lobster industry is facing a lot of challenges this year with new regulation, potential loss of fishing areas they're used to fishing in, and it's a good time to highlight all the work fishermen have done to protect right whales and the ocean environment."

However, she added that the group's primary goal is that it wants "people to enjoy lobster however they want to do it," and she's hopeful there can be more in-person Maine Lobster Week events during future iterations of the celebration.