A former Falmouth elementary school teacher contends the school district declined to renew her contract because she took three breaks a day to pump breast milk for her baby.

Thirty-three-year-old Shana Swenson, of Portland, sued last week in federal court, claiming discrimination on the basis of gender and pregnancy.

Melissa Hewey, an attorney for Falmouth schools, told the Bangor Daily News that the claims of discrimination are "false." She said the district provides on-site daycare, extended parental leave and paid time for breast pumping or breastfeeding.

"As she will have to admit when she is under oath, there was never a time that she was denied the ability to breast feed or express milk and she did so multiple times each day," Hewey said. "It is therefore disappointing that she made the allegations she did."

"The decision not to continue Ms. Swenson’s contract was because she did not meet the standards that Falmouth has set for its teachers – nothing more, nothing less."

The lawsuit says Swenson gave out a schedule of times she would need to pump or feed but was approached by the school principal, asking if she could cut down on her breaks to twice a day. 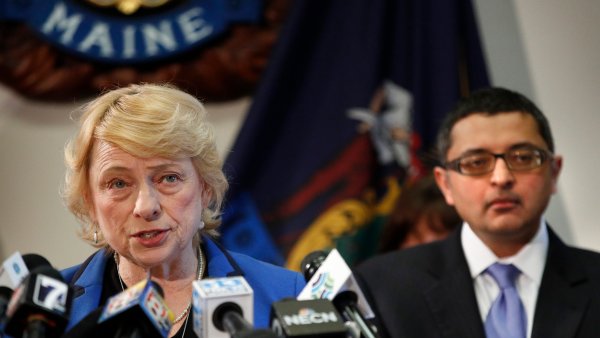 Maine Recommends Everyone Return to Masking in 2 Counties

Swenson told the principal no and, Swenson informed the principal, she would need to continue to take three breaks during work to pump or nurse in order to properly feed her child and avoid health complications related to breast feeding, such as clogged ducts and Mastitis.”

The teacher then claims she tried to quote be "flexible," but by October and November 2017 she was harassed and "admonished" by colleagues and was given a performance review.

Swenson was a "response to intervention" teacher who helped students in the third through fifth grades who struggled with reading and math. The lawsuit says she was subjected to "extreme animosity and hostility" because of her breaks during the day.

Neither lawyers for Swenson nor Swenson herself responded to phone calls and Facebook messages requesting comment on Monday.