The man accused of killing a 2-year-old boy in Manchester, New Hampshire, is being held without bail after waiving his arraignment Thursday afternoon. 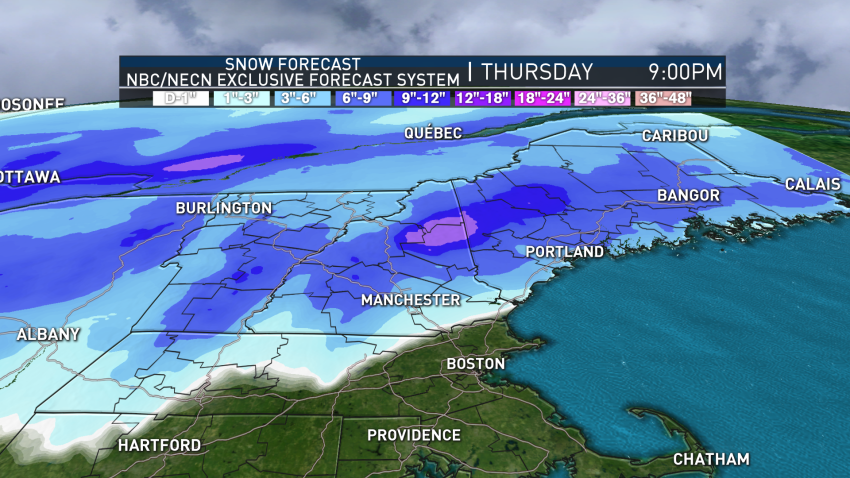 They tell NBC Boston they’re heartbroken, just too distraught to talk on camera.

Prosecutors say at about 11:30 Monday morning, police responded to 551 Howe St. for the report of an unconscious toddler.

Pelletier was rushed to the hospital, where he later died. Heath was arrested Wednesday on two counts of second-degree murder.

"The cops have frequented that apartment a lot," said one woman who lives in the apartment complex. "I live right here, I can see the cops are there quite often."

Family members say Heath is the boyfriend of Jacob’s mother, but authorities would only say they were both living in the same apartment.

The family of Pelletier’s mom asked for privacy but texted NBC Boston the following statement:

"Right now, the family needs to mourn the loss of Jake, and the horrific act done to him."

Heath's case will eventually head to a grand jury for indictment.