There have now been totals of 551,550 confirmed cases and 15,822 deaths in the state, according to the Massachusetts Department of Public Health.

Massachusetts health officials reported 1,248 new confirmed coronavirus cases and 26 more deaths on Monday amid relaxed restrictions on restaurants, live performance venues and other businesses as the state moved into Phase 3, Step 2 of its reopening plan.

There have now been totals of 551,550 confirmed cases and 15,822 deaths in the state, according to the Massachusetts Department of Public Health. Another 322 deaths are considered probably linked to COVID-19.

Generally, Massachusetts' coronavirus metrics have been trending down in the past several weeks, according to the Department of Public Health's interactive coronavirus dashboard, with the average number of cases, hospitalizations and deaths peaking in the second week of January. The testing rate peaked Jan. 1. The figures reported daily are important for tracking trends with the virus' spread, though a single-day change may not reflect a larger trend, and may reflect incomplete data.

Monday's report from the DPH saw increases in hospitalizations, estimated active cases and the 7-day average of percent positivity.

The percentage of coronavirus tests coming back positive, on average, inched slightly higher to 1.77% Monday from 1.73% on Sunday.

The number of patients hospitalized for COVID-19 increased from 760 on Sunday to 788 on Monday. Of that number, 184 were listed as being in intensive care units and 119 were intubated, according to health officials.

The number of estimated active cases also increased from 30,062 on Sunday to 30,486 on Monday. 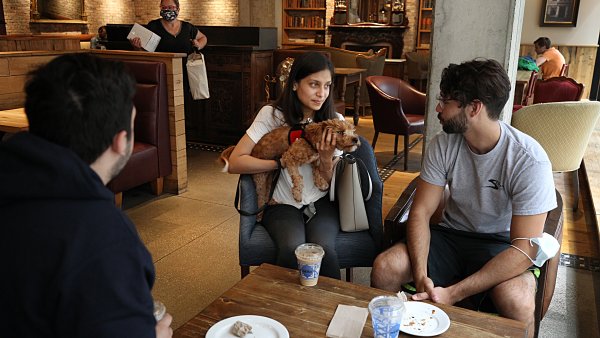 Mass. Moves to Phase 3, Step 2 of Reopening: Here's What to Know 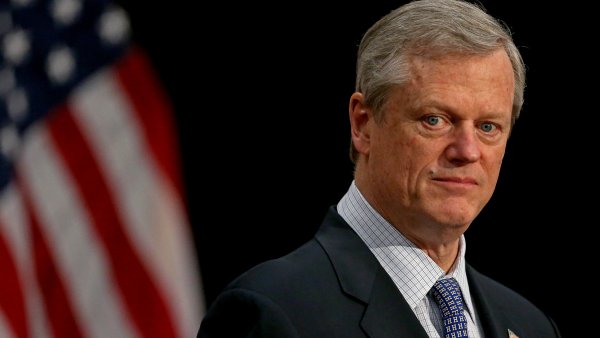 The latest report from health officials comes as Massachusetts on Monday made it much easier to grab dinner and a show amid a continued decline in daily coronavirus cases.

Gov. Charlie Baker lifted restaurant capacity limits entirely. Theaters can open at 50% capacity, with a maximum of 500 people. And capacity limits across all businesses have been raised to 50%.

Also on Monday, Boston Public Schools welcomed nearly 8,000 students back to classrooms. Pre-K children to third graders returned Monday with other grades to be phased in by the end of March.

Starting Monday, the capacity limit on Massachusetts restaurants was lifted, and theaters, concert halls and entertainment venues can also reopen at half capacity with up to 500 people.

Baker announced Thursday that the state would be easing restrictions imposed to combat the most recent surge in the virus. New daily cases of COVID-19 in Massachusetts have dipped to their lowest levels since October and Baker said Monday about 68 percent of residents 75 and older had been vaccinated. In the long-term care sector, 90 percent of residents and about 70 percent of staff had received vaccines.

After touring a vaccination site in Boston's Mattapan neighborhood Monday, Baker stood by his decision to relax some restrictions.

"We felt based on that data, and the success of the vaccine rollout so far that it was appropriate to make some adjustments," Baker said. "We'll continue to review the data every day and every week, and if we see stuff in the data that concerns us we'll make adjustments again. But I think it's important for everybody to understand that this is a constant balancing act."

Director of the Centers for Disease Control and Prevention Rochelle Walensky says she is concerned about the leveling off in recent declines of COVID-19 cases across the country.

States eager to reopen for business are easing coronavirus restrictions despite warnings from health experts that the outbreak is far from over and that moving too quickly could prolong the misery. On Monday, the head of the CDC, Dr. Rochelle Walensky, urgently warned state officials and ordinary Americans not to let down their guard, saying she is "really worried about reports that more states are rolling back the exact public health measures that we have recommended.''

"I remain deeply concerned about a potential shift in the trajectory of the pandemic,'' she said. "We stand to completely lose the hard-earned ground that we have gained.''

Cases and hospitalizations have plunged since the end of January, and deaths have also dropped sharply, but they are still running at dangerously high levels and have even risen slightly over the past several days.

Overall, the outbreak has killed more than a half-million Americans.

New England's six states all have different rules in place regarding who can currently get the coronavirus vaccine.

The push to reopen comes as COVID-19 vaccine shipments to the states are ramping up. Nearly 20% of the nation's adults -- or over 50 million people -- have received at least one dose of vaccine, and 10% have been fully inoculated 2 1/2 months into the campaign to snuff out the virus, according to the Centers for Disease Control and Prevention.

Johnson & Johnson shipped out nearly 4 million doses of its newly authorized, one-shot COVID-19 vaccine Sunday night to be delivered to states for use starting on Tuesday. The company will deliver about 16 million more doses by the end of March and a total of 100 million by the end of June. That adds to the supply being distributed by Pfizer and Moderna and should help the nation amass enough doses by midsummer to vaccinate all adults.

"This vaccine is obviously a critical part of how we get to the next normal," Baker said. "The introduction of that vaccine over time will certainly dramatically boost our vaccination efforts here."

Both Baker and the White House are encouraging Americans to take the first dose available to them, regardless of manufacturer.