A Massachusetts man was arrested Sunday night while chasing another man in Boston's Dorchester neighborhood, police said, and is facing a number of charges after a stabbing and head-on vehicle collision.

Edward Delossantos, 41, of Lawrence, faces charges including armed carjacking and kidnapping, but two other people remain at large, including one believed to have stabbed a man in a carjacking, Boston police said in a statement

Boston police were initially called to the Lucerne and Arbutus streets about 8:47 p.m. for a report of a person with a gun. When officers arrived, they saw a gray SUV "driving at an accelerated rate of speed," according to the police statement.

Officers eventually caught up with the SUV, later found to be stolen, after it crashed head-on into another vehicle at the intersection of Callender and Don streets, two blocks away. 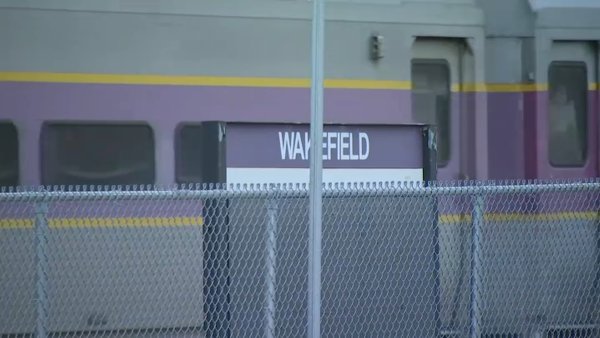 There, the officers saw a man chasing another man, police said. The officers chased after them until one of the men was caught near Carlos Street.

That man, who police said was later identified as the victim, told officers the man chasing him had a gun, according to police.

The victim told police he had been driving down Callendar Street, a one-way street, where Delossantos was driving the wrong way and struck him head-on. When the victim got out of his vehicle, Delossantos and another man jumped out, according to the police statement.

The victim told the officers he'd chased Delossantos until he stopped, turned around and pressed a firearm into his abdomen, police said. That's when police arrived and arrested Delossantos.

A person who'd been stabbed was located nearby and was taken to an area hospital for non-life-threatening injuries, according to police. That victim later told officers he had been walking to his SUV when Delossantos showed him a firearm and got into the vehicle with two other men.

The man who'd been stabbed allegedly said Delossantos and the others demanded his money before hitting him on the head with the weapon.

But it was one of the other men in the SUV who the victim said stabbed him, according to police.

Upon retracing Delossantos' path, police said, officers located a Springfield Armory firearm loaded with six rounds of live ammunition and a knife in some bushes.

When the stabbing victim attempted to flee his SUV during the carjacking, someone fired a gun but he was able to escape. Two of the other suspects also fled the scene.

Delossantos was expected to be arraigned Monday in Dorchester District Court. He's facing a number of charges including carrying a loaded firearm, unlawful possession of a firearm, unlawful possession of ammunition, armed assault to rob, armed carjacking, kidnapping, assault by means of a dangerous weapon and two counts of assault and battery by means of a dangerous weapon.