At rallies Friday in Nebraska and Oregon, Trump pounded away at Democratic front-runner Clinton - "crooked Hillary," his preferred nickname. But Trump also raised President Bill Clinton's marital infidelities and dismissed her criticism of how the billionaire businessman treated women.

"Bill Clinton was the worst in history and I have to listen to her talking about it?" Trump said. "Just remember this: She was an unbelievably nasty, mean enabler. And what she did to a lot of those women is disgraceful. So put that in her bonnet and let's see what happens." 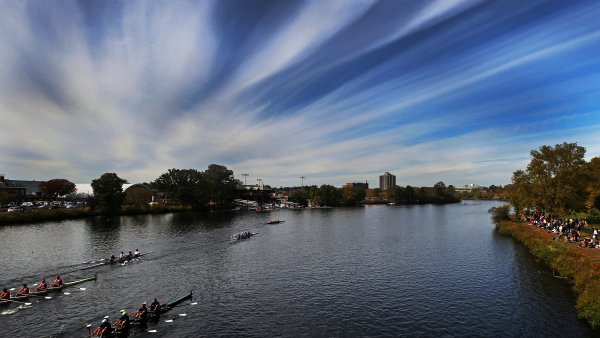 Head of the Charles 32 mins ago 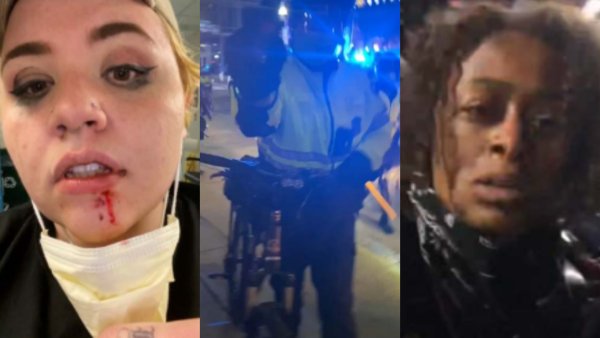 Trump also tore into Warren, the Massachusetts Democrat and favorite of the left whom some would like to see as Clinton's running mate. To Trump, Warren is a "goofus" and a "basket case" who has done nothing in the Senate.

Warren had insulted Trump earlier on Twitter, calling him "a bully who has a single play in his playbook."

Bashing Democrats is to be expected. Trump's problems with his own party are, like so much in his nontraditional campaign, untried ground.

The nominee-to-be grudgingly agreed to meet next week with House Speaker Paul Ryan, the nation's highest-ranking Republican. Ryan's statement on Thursday that he was not ready to embrace Trump's nomination set off the fireworks. Trump said he had "no idea" if he and Ryan would patch things up.

Trump told supporters Friday night in Eugene, Oregon, that he and Ryan had had a nice phone conversation three weeks ago but that, "all of a sudden, he wants to be cute." Still, Trump assured the thousands gathered that "we're going to be a unified party."

Ryan said his meeting with Trump would occur next Thursday and that Trump also would meet with other House GOP leaders. Discussions will center on "the kind of Republican principles and ideas that can win the support of the American people this November," Ryan said.

Trump is shrugging off the high-profile Republicans who have stated they aren't voting for him, among them former Florida Gov. Jeb Bush and Sen. Lindsey Graham, R-S.C., both one-time rivals for the nomination he has all but won.

He says such naysayers don't really matter in the context of all the votes he garnered in primary elections. Still, he's not shy about mocking Bush, Graham and others.

Democrats generally are steering clear of the Republican infighting.

But President Barack Obama, when questioned about it at the White House on Friday, said: "This is not entertainment. This is not a reality show," and candidates need to show they have the qualities to lead the world's strongest nation.

Ryan's position "emboldens others to be equally publicly difficult. And that runs the risk of creating a Goldwater kind of moment where the party really does split," former House Speaker Newt Gingrich told The Associated Press.

Arizona Sen. Barry Goldwater was the 1964 Republican presidential nominee. His candidacy divided the GOP and was followed by a big Democratic victory by President Lyndon Johnson.

"I don't necessarily know that that's his role, to be a sticking point for the Republican nominee," said Rep. Duncan Hunter of California, one of a growing number of Trump supporters in the House. Added Rep. Lou Barletta of Pennsylvania: "The voters of our party have spoken loud and clear, and it's their voice that matters."