Wake to Be Held for Mass. Woman Found Dead in Her Home

A wake is being held in upstate New York for Kelly Sugarman, 36, who was originally from the area.

Calling hours are Thursday for a Grafton, Massachusetts, woman who was found dead at her home.

A wake is being held in upstate New York for Kelly Sugarman, 36, who was originally from the area.

Calling hours will be Thursday from 4-7 p.m. at Dimbleby, Friedel, Williams & Edmunds Funeral Home in Whitesboro. Funeral services are Friday at 11 a.m. at Our Lady of the Rosary Church in New Hartford. 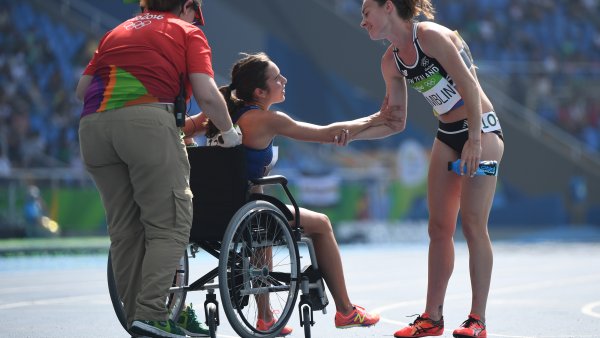 Mass. Runner Has Shot at Olympic Return After Heartbreak at Rio Games

She was found dead at her home last week and her husband, Michael Sugarman, has been held without bail since being arrested following the discovery of his wife's body.

Police responded to the home last week after finding their 5-year-old daughter wandering the streets in pajamas.

Officers found Michael Sugarman on the floor with a knife “protruding” from his neck. Police said his injuries appear to have been self-inflicted.

The girl is in DCF custody now, but her maternal grandparents are working to get custody of her.

He's pleaded not guilty to assault and battery.