‘This Is a Marathon, Not a Sprint': RI Gov. Announces 8 New Coronavirus Cases

"I want to remind everybody...this is a marathon, not a sprint. the fight against coronavirus is absolutely a marathon," Gov. Raimondo said

In a 2:30 p.m. news conference, state officials said the eight new COVID-19 cases are five men and three women who range in age from their 30s to 60s.

Gov. Raimondo said while there will be more cases, she's very encouraged about not seeing spikes that other places are seeing.

Regulations surrounding retail and grocery stores were also put into effect later Wednesday. As of 5 p.m. Thursday, all stores are not permitted to have more than 20% of the fire capacity in the store at one time. They're also required to count the number of customers coming in and out of stores, and mark 6 feet of spacing in lines. Self-serve food, such as buffets and salad bars, are discontinued, and exclusive hours for high-risk populations, such as seniors, are mandated.

Larger grocery stores and retailers with more than 25,000 square feet are encouraged to offer pickup and delivery options.

Raimondo reiterated the consumers also have to help out by avoiding lines. The governor said she hopes the new guidelines work because she wants to keep large retailers open.

State police are fully aware, Raimondo said, and they will be conducting spot checks of big retailers as they plan to enforce these guidelines.

Raimondo started the press conference by praising the federal government and Congress for reaching a deal on a $2 trillion stimulus package.

"I would say this is a good day in our collective fight against the coronavirus," Raimondo said of the "unprecedented" deal. "I want to remind everybody and I remind myself of this everyday, as well as my team, this is a marathon, not a sprint. the fight against coronavirus is absolutely a marathon. It doesn't mean we're going to be living the way we are for months but it does mean that we're told that a virus is a year away which means we have to be preparing for the long haul. And there's going to be a lot of ups and downs."

Raimondo emphasized the best thing Rhode Islanders can do at this time to slow the spread of the virus is to practice social distancing.

"This is not natural. This is not the way we're used to living. It's not the way we want to live but it's gonna keep us alive, so I'm going to reiterate, do not put yourself in groups of more than 10 people. Period. Don't do it. If you're in a large group, make sure you're distant. Six feet between people," the governor said. 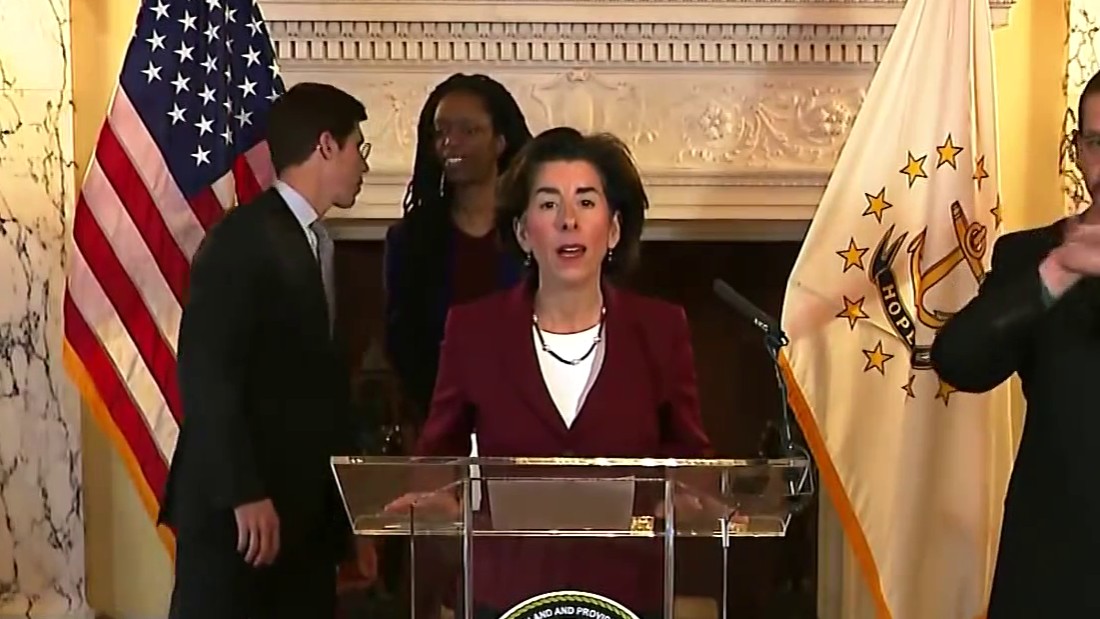 Raimondo announced on Tuesday measures to provide child care to parents amid the coronavirus crisis.

"Yesterday I was very pleased that Rhode Island was the first state in the country to have a partnership with a company called Care.com," the governor said Wednesday.