A man from Massachusetts swam across a well-known lake in Vermont's Northeast Kingdom Thursday, despite a big mobility challenge that made the feat even more impressive.

Former U.S. Marine Mike Welsch of Shirley swims waterways around the Northeast, aiming to both motivate and inspire.

"This is gorgeous," the long-distance swimmer said before he conquered Lake Willoughby in Westmore. "It's just beautiful."

Welsch was tackling what he estimated was a roughly five-mile swim between Willoughby's north and south beaches, with just one leg. 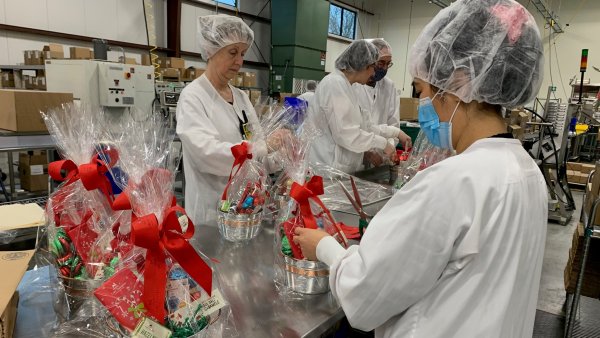 He lost his left leg nearly 40 years ago, when he said he rode his motorcycle drunk and had a nasty crash.

"It was my own stupidity," the amputee recalled, saying luckily, he was the only one hurt in the wreck. "I could've been in a wheelchair. I could've been dead, and by the grace of God, I only lost one leg."

Now, when Welsch gets news or social media attention for his impressive swims, like of Lake Winnipesaukee in New Hampshire or portions of the Connecticut River, he uses the spotlight to urge others never to drive drunk.

"I'm just very fortunate to still be alive and swimming and enjoying this world, you know?" Welsch said.

The swimmer said during his hourslong swims, his mind is usually on his kids, girlfriend, and woodworking projects.

Observers Thursday said they were wowed that Mike can go for miles as an amputee, and without help from a flipper.

"That's pretty brave — this is a tough lake," said swimmer Gail St. Hilare, who was visiting Westmore from Townsend, Massachusetts. "You have to have some strong will."

"I don't even know what to say," added kayaker Seth Aubuchon, who met Welsch Wednesday and agreed to paddle alongside him for support throughout the duration of Thursday's swim. "It's incredible. It's inspiring."

Welsch said it is too soon to know which waters he will tackle for his next test of endurance.

"One lake at a time," the swimmer said.

This was Welsch's last long-distance swim of the season, he said. During the fall and winter, he'll be training in a pool back home in Massachusetts.