Some Vt. Power Customers Could Be Without Service Until the Weekend

After Vermont was lashed by high winds that brought down trees and power poles, some homeowners have learned they may not have their electrical service restored until the weekend.

“Many, many will be back on before then, but the amount of work to bring every customer back on will be until the end of the weekend,” predicted Dotty Schnure, a spokeswoman for the utility Green Mountain Power.

Gusts of 60 miles per hour hit Vermont in many places Wednesday night and early Thursday morning. A reading of more than 110 miles per hour was recorded atop Mount Mansfield, according to the National Weather Service.

At Richard Backus’s home in Waitsfield, strong winds knocked his camper off its blocks and turned a snapped tree branch into a javelin—puncturing its roof in two places. 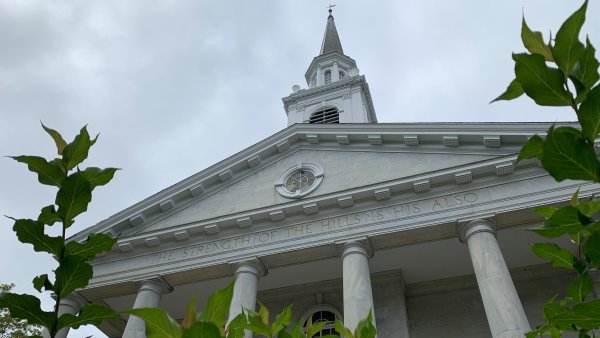 “We were planning on going out in a couple weeks,” Backus said of the camper. “But oh well—we’ll get it fixed and move on.”

Tens of thousands of customers in scattered spots statewide lost electrical service for at least a short while, leaving utilities like Green Mountain Power with long lists of repairs. Crews often have to trudge into the woods to clear downed trees and fix poles.

“You saw the size of the trees—they don’t just remove themselves,” said Jim Cushing, a GMP line crew foreman. “So it’s a lot of man hours just to remove the trees, never mind put the wire back up and making it so it’s safe.”

“This was a devastating storm,” Schnure noted. “What we ran into with this storm is that the ground was already very, very wet, so the ground was a little bit looser, and the strong winds blow over more trees.”

Schnure said outside crews are helping Vermont-based workers on the restoration jobs.

While that work continues, GMP’s reminding everyone to stay away from downed lines, and encouraging folks to check on friends who may have prolonged outages. Emergency shelters are opening in some affected locations, Schnure added.