Vt. Protesters Want 3 Officers Fired for Use of Force

Hundreds of people showed up for another night of protesting and marches in downtown Burlington, where activists continued to call for the firing of three city police officers.

The protesters are demanding action against the officers for use of force, but Deputy Chief Matthew Sullivan said prosecutors have already found they did nothing wrong. He says the altercations in question are not akin to the killing of George Floyd at the hands of Minneapolis police or the wounding of Jacob Blake, a Black man who was shot multiple times in the back by police in Kenosha, Wisconsin -- both of which have set off waves of demonstrations across the U.S. against police brutality.

"They are much different in nature," Sullivan said. "The fact patterns are extremely different and they need to look at them on a case-by-case basis."

He added that the three officers will not lose their badges following the investigation.

Some of the protesters have been camping out in Battery Park for a week, near the headquarters of the Burlington Police Department where others have joined them for the nightly protests.

In addition to calling for the firing of the three officers, many of the protesters on Tuesday carried signs calling for justice Floyd and Blake. 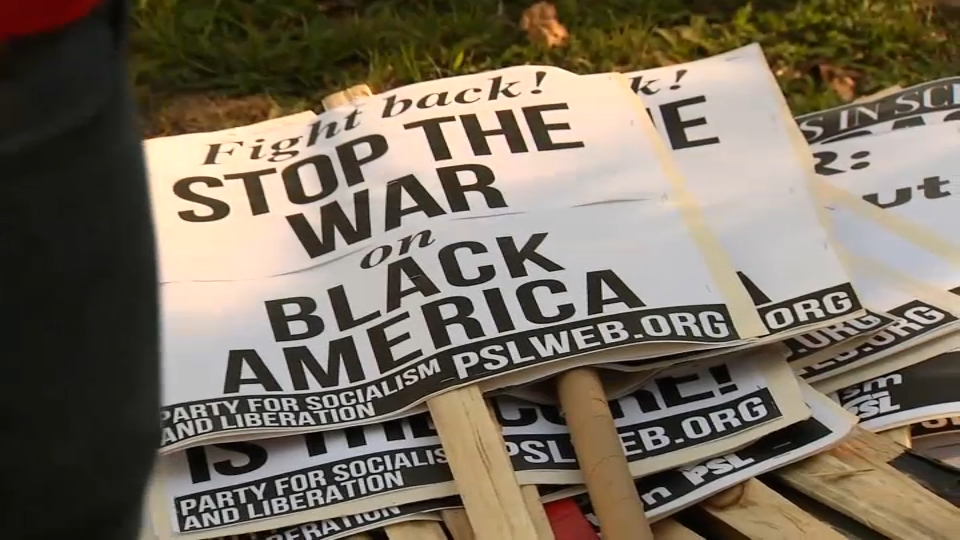 ‘How Dare We Not Vote?' Black Voters Organize After DC March

On Tuesday, Burlington Mayor Miro Weinberger issued a statement saying he supported the rights of the protesters, but he didn't address the call for the firing of the officers. He also said he was concerned for the safety of both the protesters and police.

He applauded police for investigating a man for repeatedly approaching the demonstrators while carrying an assault-style rifle and later arresting him for violating conditions of a prior criminal release. He also said a rock was thrown at officers on Monday night and the passage of emergency vehicles was temporarily blocked.

"That was a slap in the face," said protester Harmony Edosomwan, a student at the University of Vermont. "We have been peaceful, we the community have been peaceful. It is the cops that are the danger to us, and that is why we're here today."