Fact Check: Trump Claim of Saving Space Program Off Base

President Donald Trump is making claims on space that are off course from reality.

Over the weekend, he took full credit for the government's role in the launch of SpaceX, the first-ever private spacecraft to attain orbit with astronauts on board. Trump also asserted that he saved the space program after President Barack Obama had ruined it and suggested that a Mars mission with astronauts was imminent.

Those statements are exaggerations.

TRUMP: "With this launch, the decades of lost years and little action are officially over. ...Past leaders put the United States at the mercy of foreign nations to send our astronauts into orbit. Not anymore. Today we once again proudly launch American astronauts on American rockets." — remarks Saturday.

THE FACTS: It's not true that government's role in SpaceX’s launch is due all to Trump. The path to a commercial launch was paved over more than 10 years, spanning both the administrations of Presidents George W. Bush and Barack Obama.

Under Bush, NASA began an effort to commercialize space following the shuttle Columbia disaster in 2003, which killed its crew of seven. In 2006, he started a program to get commercial companies to deliver cargo to the International Space Station. The Obama administration "pushed it harder, much harder," said Syracuse University space policy professor Henry Lambright.

By 2012, a robotic SpaceX capsule docked with the International Space Station for the first time.

There are few people who can describe the emotions felt by NASA astronauts Bob Behnken and Doug Hurley as they embarked on their mission to the International Space Station. NASA astronaut Anne McClain just happens to be one of them.

Meanwhile, with the Space Shuttle program winding down, the Obama administration worked to broaden the space commercialization effort, giving money to private companies to develop spacecraft that could carry astronauts to orbit.

"This is a program that demonstrates the success when you have continuity of purpose going from one administration to the next," Bridenstine said.

TRUMP: "When I first came into office three and a half years ago, NASA had lost its way ... The last administration presided over the closing of the Space Shuttle ... People were crying. They were devastated. But now it’s the greatest of its kind anywhere in the world." — remarks Saturday.

THE FACTS: He’s falsely suggesting that Obama shuttered the space shuttle program. Actually, it was Bush.

After the Columbia disaster, Bush decided the remaining shuttles were too dangerous to continue with present missions and would be retired.

"The shuttle’s chief purpose over the next several years will be to help finish assembly of the International Space Station," Bush said on Jan. 14, 2004. "In 2010, the space shuttle, after nearly 30 years of duty, will be retired from service." 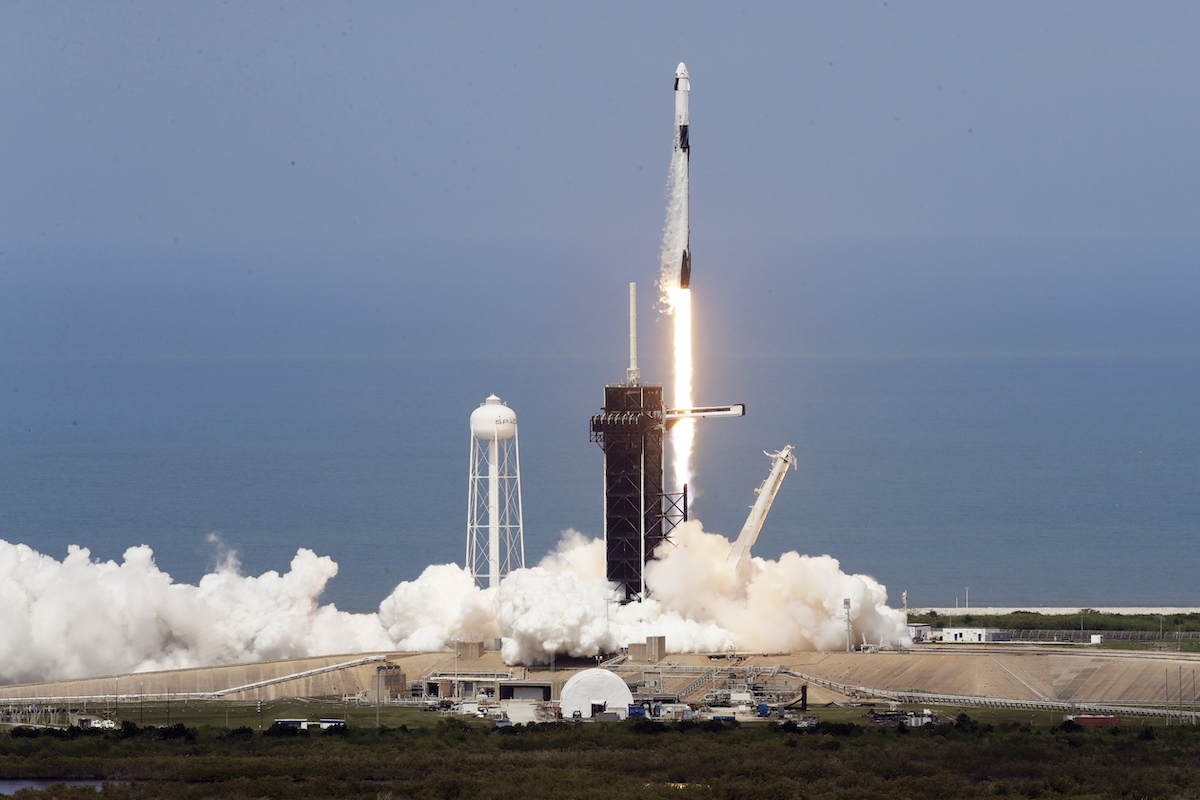 ‘Back in the Game': SpaceX Ship Blasts Off With 2 Astronauts

TRUMP: "For every citizen who has eagerly waited for America to reignite those engines of will, confidence and imagination that put a man on the moon, I stand before you to say you need wait no longer. For NASA’s Artemis program, the United States is preparing for a crewed mission to Mars." — remarks Saturday.

THE FACTS: NASA is not currently preparing for a mission to Mars with astronauts.

The Trump administration has continued NASA’s long-term goal of sending astronauts to Mars, but has changed the short-term goal to a return to the moon first (Obama favored a visit to an asteroid instead of the moon). The Trump administration is trying to accelerate NASA’s plan for returning people to the lunar surface. It’s hoping to make a moon mission possible by 2024.

Mars would come a decade after that, maybe longer.

SpaceX is slated to be the first private company to launch a manned space flight on May 27. The company, founded by Tesla founder Elon Musk, will carry two American astronauts to the International Space Station from the Kennedy Space Center.