"It's been more than 900 days since we last ran together here in person," said Tom Grilk, the Boston Athletic Association's chief executive officer

Officials released new details Thursday about Monday's 125th Boston Marathon, the first ever to be held in the fall.

"We look forward mightily to what's coming Monday," said Tom Grilk, the BAA's chief executive officer. "It's been more than 900 days since we last ran together here in person."

"I would like to extend a warm welcome back to the Boston Marathon for its 125th race," Janey said, adding, "we are proud to host a safe return of the oldest foot race competition in the country."

Excitement is in the air at Copley Square this weekend, with anticipation growing among visitors and locals alike, gearing up for Monday's Boston Marathon.

The FBI, state and local law enforcement said they will have a heavy presence in case of any security issues. No specific threats have been directed at this year's race, officials said.

While the course remains the same, Grilk said almost everything else is different. The field has been reduced by about 40%, the Athletes' Village in Hopkinton has been eliminated, and the race will start earlier and have a rolling start for the first time in order to space everyone out as much as possible.

Dr. Pierre d'Hemecourt, co-medical director for the Boston Marathon, said a series of steps have been taken to protect the safety of runners, volunteers and spectators.

What do the Boston Marathon, student loans and coffee have in common? A lot more than you may think. In this episode of "Connect the Dots," NBC Boston's Rob Michaelson takes a deep dive into the science of caffeine and how coffee gets Boston Marathon runners... moving. He also explores the theory that cutting back on a daily latte can solve your student loan problems.

What are the health and safety policies for Boston Marathon runners?

Every runner will be required to either be vaccinated or take a COVID-19 test at the medical tent prior to entering any race facilities and prior to being allowed to compete in the race.

d'Hemecourt said the expectation is that 95% of the runners will have vaccination cards based on a survey that was sent out.

Once runners show their vaccination card or produce a negative test, they will be given a bracelet that they have to wear the whole weekend to get into any of the venues and onto buses.

Participants will also be required to wear a mask 100% of the time when at indoor marathon venues or on race-day buses. Masks are not required while running.

There will be a rolling start, with elite athletes, wheelchair, para and hand cyclists starting between 8 and 9 a.m. Then starting at 9, all of the other runners will have a special color code to show up at a specific time to be taken out to Hopkinton.

"That avoids the congregation of a lot of people out in Hopkinton and that the race itself is going to be much more protected," d'Hemecourt said. "The athletes will have much more space to socially distance. Usually, between Hopkinton and Framingham, the crowd is very thick."

Large crowds will also be discouraged at the end of the race, with runners handed masks to wear as soon as they finish.

Kim Luccini shares her story of overcoming cancer and why this year’s race has special meaning.

What are the health and safety policies for volunteers?

Every single medical volunteer is being required to wear masks and all appropriate PPE in certain circumstances, following the same standards in the medical tents that area hospitals follow.

There has also been an increased effort to provide all medical experts and supplies needed to keep from overwhelming local hospital emergency rooms with race-related injuries.

"We're setting it up so they can be properly evaluated at the scene in the medical tent instead of having to go to the ER," d'Hemecourt said.

The temperatures for the day are looking good, so he said hopefully that will keep injuries down.

What are the health and safety policies for spectators?

Spectators are being urged not to congregate in large groups. If people need to gather, they are being urged to wear a mask, even outdoors, to prevent the spread of coronavirus.

"In trying to get back to normalcy, we have to be responsible," d'Hemecourt said. "Even if you're vaccinated, you can still transmit and carry the virus."

Spectators have also been asked to refrain from kissing strangers around the halfway mark, a tradition that dates back to the 1970s.

What are the Boston Marathon start times?

Here are the times for this year's rolling start:

Due to the COVID-19 pandemic, the in-person marathon was canceled in 2020 and moved from the spring to the fall for 2021. Some 200,000 spectators are expected to attend this year.

This year's race will for the first time offer $50,000 course record bonuses for the open and wheelchair divisions, and will provide designated prize purses for athletes with upper limb, lower limb and visual impairments.

The BAA has already announced that the 2022 Boston Marathon will be held in-person in April. 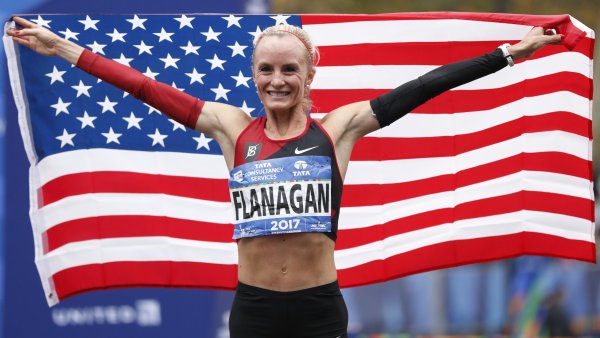 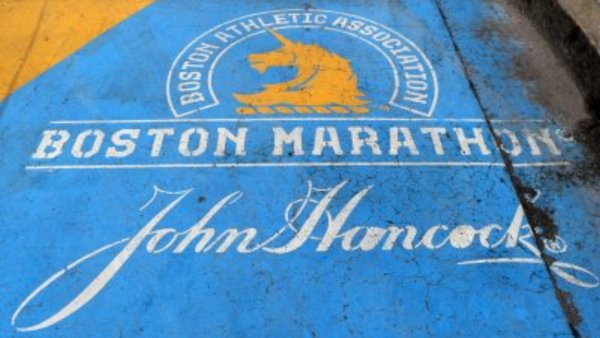