Increasingly drastic anti-disease efforts began with the Jan. 22 suspension of plane, train and bus links to Wuhan, a city of 11 million people in central China where the virus was first detected last month

China on Monday expanded sweeping efforts to contain a viral disease by extending the Lunar New Year holiday to keep the public at home and avoid spreading infection as the death toll rose to 81.

Hong Kong announced it would bar entry to visitors from the province at the center of the outbreak following a warning the virus’s ability to spread was growing. Travel agencies were ordered to cancel group tours nationwide, adding to the rising economic cost.

Increasingly drastic anti-disease efforts began with the Jan. 22 suspension of plane, train and bus links to Wuhan, a city of 11 million people in central China where the virus was first detected last month. That lockdown has expanded to a total of 17 cities with more than 50 million people in the most far-reaching disease-control measures ever imposed.

The end of the Lunar New Year holiday, China’s busiest travel season, was pushed back to Sunday from Thursday to "reduce mass gatherings" and "block the spread of the epidemic," a Cabinet statement said.

The government of Shanghai, a metropolis of 25 million people and a global business center, extended the holiday by an additional week within the city to Feb. 9. It ordered sports stadiums and religious events closed.

Tens of millions of people had been due to crowd into planes, trains and buses to return to work after visiting their hometowns or tourist sites for the holiday. Schools will postpone reopening until further notice, the Cabinet said.

The death toll rose Monday when the southern island province of Hainan in the South China Sea reported its first fatality, an 80-year-old woman whose family arrived from Wuhan on Jan. 17.

Hubei province, where Wuhan is located, has accounted for 76 of the deaths reported so far. There have been one each in Shanghai and the provinces of Hebei in the north, Heilongjiang in the northeast and Henan in central China.

The spread of the illness is being watched around the globe, with a small number of cases appearing in several other countries.

The U.S. has confirmed cases in Washington state, Chicago, southern California and Arizona.

"To get the epidemic under control in Wuhan and the good health of people in Wuhan will be good news for the whole country," Li told the crowd. "We wish the people of Wuhan a safe, healthy and long life. Let's go, Wuhan!"

Elsewhere, the Potala Palace in Lhasa, the Tibetan capital, closed indefinitely to tourists on Monday, the government announced. The former imperial palace in Beijing closed Friday until further notice and other major tourist sites also have shut down.

The U.S. Consulate in Wuhan, said it was arranging to evacuate its diplomats and some American citizens on Tuesday. The French government said it would fly its citizens in Wuhan to France and quarantine them there. Japan was preparing to fly its nationals out of Wuhan.

French automaker PSA Peugeot Citroen, which has a factory in Wuhan, said it was moving foreign employees and their families by bus to be quarantined in another city.

The disruption to industry and consumer spending threaten to depress Chinese economic growth that Beijing is struggling to shore up after it sank to a multi-decade low of 6.1% last year. That could spread shockwaves to Asian economies that rely on China as a source of tourists and export markets.

Nearly 300 people have been infected by the coronavirus, with new cases reported in China's capital and other nearby countries. China is scrambling to contain the contagious strain amid heavy travel for Lunar Near Year.

Chinese regulators called on banks and insurers in a statement Monday to support to people and companies affected by the outbreak.

The biggest impact will be on travel, hotels and restaurants but Chinese retail spending, factory output and investment also might suffer if the outbreak and quarantines last, forecasters say.

The outbreak is a "notable downside risk" to growth, though it "could potentially be a high impact but short-lived event," said Tommy Wu and Priyanka Kishore of Oxford Economics in a report.

They pointed to the example of the 2002-2003 SARS outbreak, when economic activity plunged but recovered relatively quickly. The impact should be "less severe" than SARS because of faster official reaction and "increased transparency," they said.

The National Health Commission said 2,744 cases were confirmed by midnight Sunday. There were 24 new deaths on Sunday, all in Hubei province, where Wuhan is located.

The youngest patient is a 9-month-old girl in Beijing.

China's health minister, Ma Xiaowei, said the country was entering a "crucial stage" as "it seems like the ability of the virus to spread is getting stronger."

President Xi Jinping has called the outbreak a grave situation and said the government was stepping restrictions on travel and public gatherings while rushing medical staff and supplies to Wuhan.

The epidemic has revived memories of the SARS outbreak that originated in China and killed nearly 800 people.

Then, Chinese authorities were criticized for reacting slowly and failing to disclose information. The government has responded more aggressively to the latest outbreak.

The National Health Commission said anyone traveling from Wuhan is required to register with community health stations and quarantine themselves at home for 14 days — the virus' maximum incubation period.

In the eastern city of Nanjing, 48 airline passengers arriving from Bangkok who were found to have left Wuhan during the outbreak were put into a 14-day quarantine, state TV reported on its website.

Hong Kong announced it would bar entry to travelers from Hubei, starting Monday. Hong Kong residents returning from the area will be allowed to the territory but were told to quarantine themselves at home. 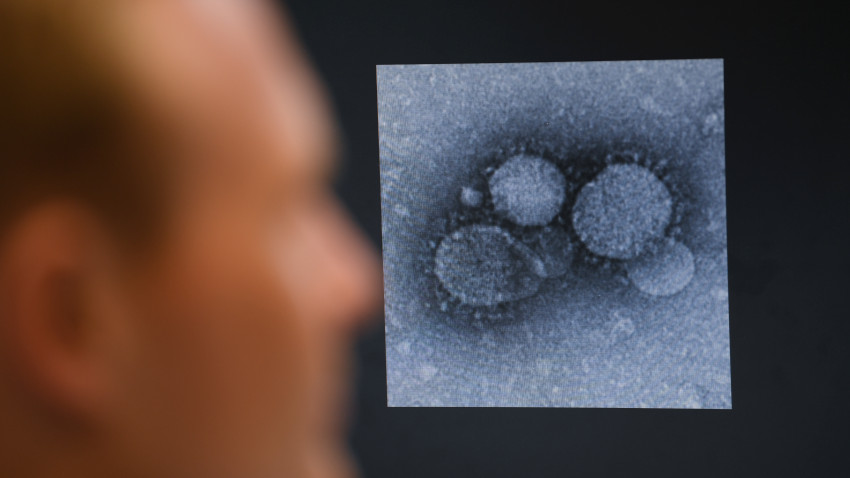 California, Arizona Cases Push US Tally of New Virus to 5 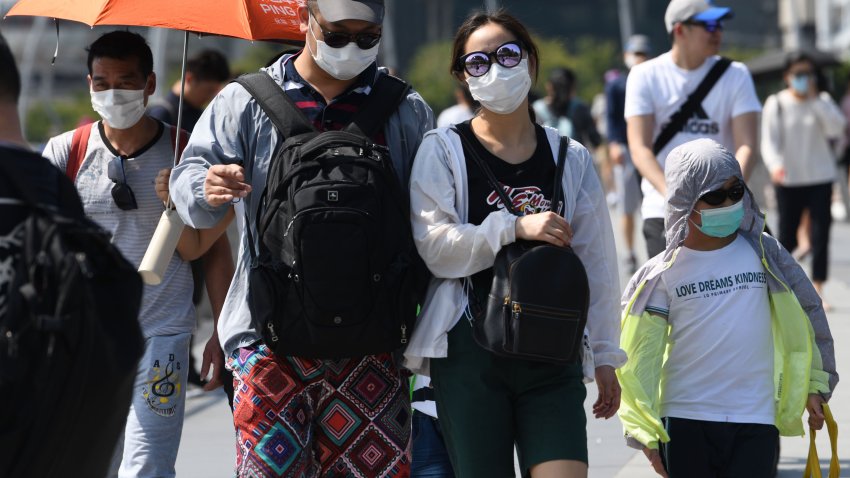 Virus Death Toll in China Rises as US Prepares Evacuation

Also Sunday, Wuhan banned most vehicle use, including private cars, in downtown areas. The city will assign 6,000 taxis to neighborhoods to help people get around if they need to.

Wuhan is building two hospitals, one with 1,500 beds and another with 1,000, for the growing number of patients. The first is scheduled to be finished next week.

The National Health Commission said it is sending extra medical teams to Wuhan. The Chinese military dispatched 450 medical staff, some with experience in past outbreaks including SARS and Ebola.

The virus is from the coronavirus family that includes the common cold but also more severe illnesses like SARS and Middle East Respiratory Syndrome. The new virus causes cold- and flu-like symptoms, including cough and fever, and in more severe cases, shortness of breath and pneumonia.

The virus is thought to have spread to people from wild animals sold at a market in Wuhan. On Sunday, authorities banned trade in wild animals and called on the public to refrain from eating meat from them.