The cause of the blaze is still under investigation

The winter grassland fire that blew up along Colorado’s Front Range was rare, experts say, but similar events will be more common in the coming years as climate change warms the planet — sucking the moisture out of plants — suburbs grow in fire-prone areas and people continue to spark destructive blazes.

“These fires are different from most of the fires we’ve been seeing across the West, in the sense that they’re grass fires and they’re occurring in the winter,” said Jonathan Overpeck, a professor in the School for Environment and Sustainability at the University of Michigan. “Ultimately, things are going to continue to get worse unless we stop climate change.”

Flames swept over drought-stricken grassy fields and neighborhoods northwest of Denver on Thursday with alarming speed, propelled by guests up to 105 mph. Tens of thousands were ordered to flee with little notice.

“I came out of Whole Foods, which is about a half mile from ground zero, and felt like I had to jump in my car and make a dash for my life as the smoke and wind and nearby flams were engulfing the area,” Susie Pringle of Lafayette said in an email. “It was scary!"

Three people were missing as of Saturday and at least seven were injured but no deaths were reported. Officials estimated nearly 1,000 homes and other buildings were destroyed.

Many whose homes were spared remained without power while temperatures dropped to the single digits. The blaze burned at least 9.4 square miles.

The cause of the blaze is still under investigation, but experts say its clear what allowed it to spread so fast.

Hundreds of homes burned as heavy winds fanned the flames on Thursday.

“With any snow on the ground, this absolutely would not have happened in the way that it did,” said Keith Musselman, a snow hydrologist in Boulder. “It was really the grass and the dry landscape that allowed this fire to jump long distances in a short period of time.”

Three ingredients were needed to start this fire — fuels, a warm climate and an ignition source, said Jennifer Balch, a fire scientist with the University of Colorado, Boulder. “And then you add a fourth ingredient, wind, and that's when it became a disaster.”

Temperatures in Colorado between June and December were the warmest on record, Balch said. The grasses grew thick because they had a wet spring, but saw no moisture until snow flurries arrived Friday night.

The lesson learned throughout this event is that the “wildland-urban interface is way bigger than we thought it was,” Balch said. That means a wider area is under threat of wildfire. 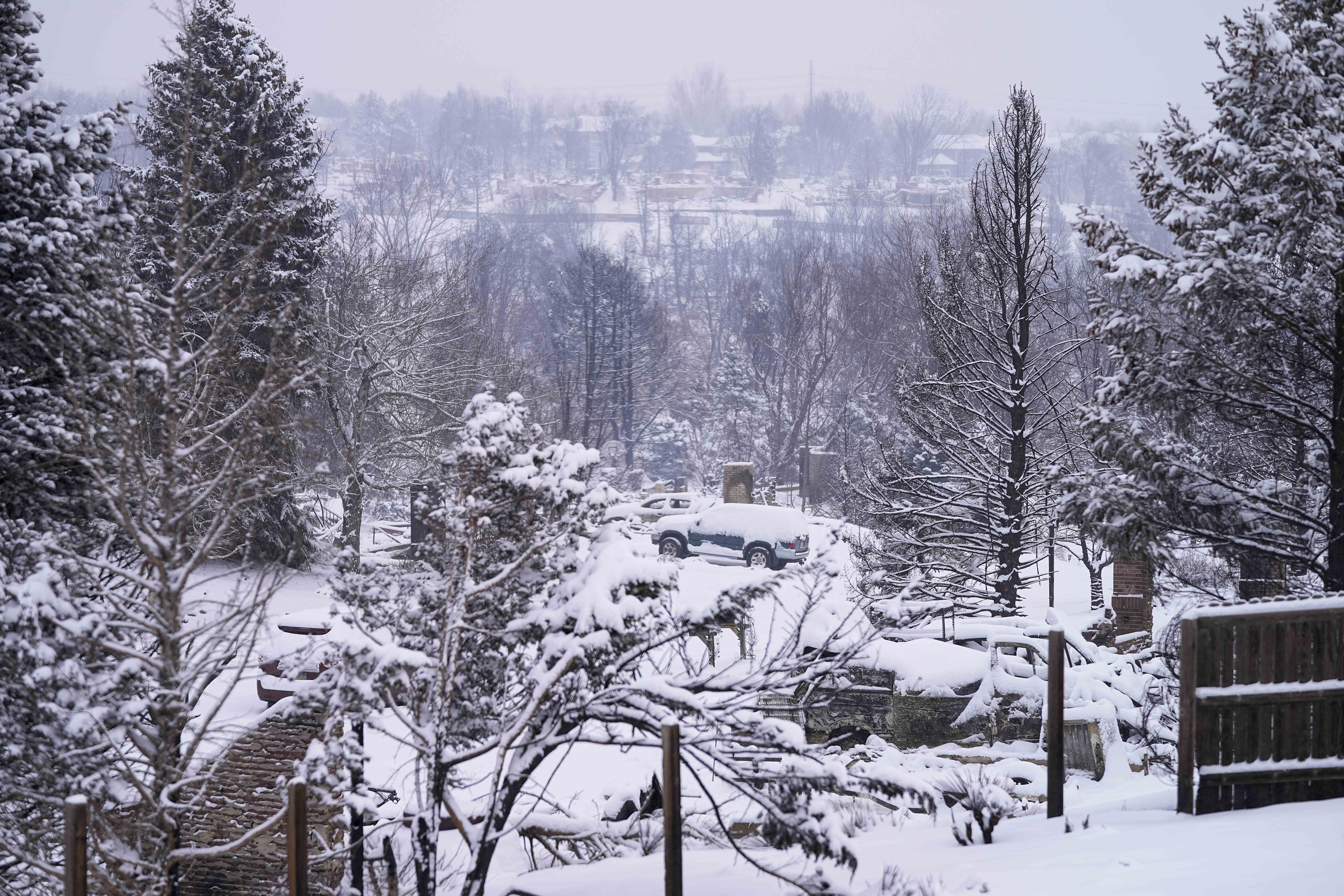 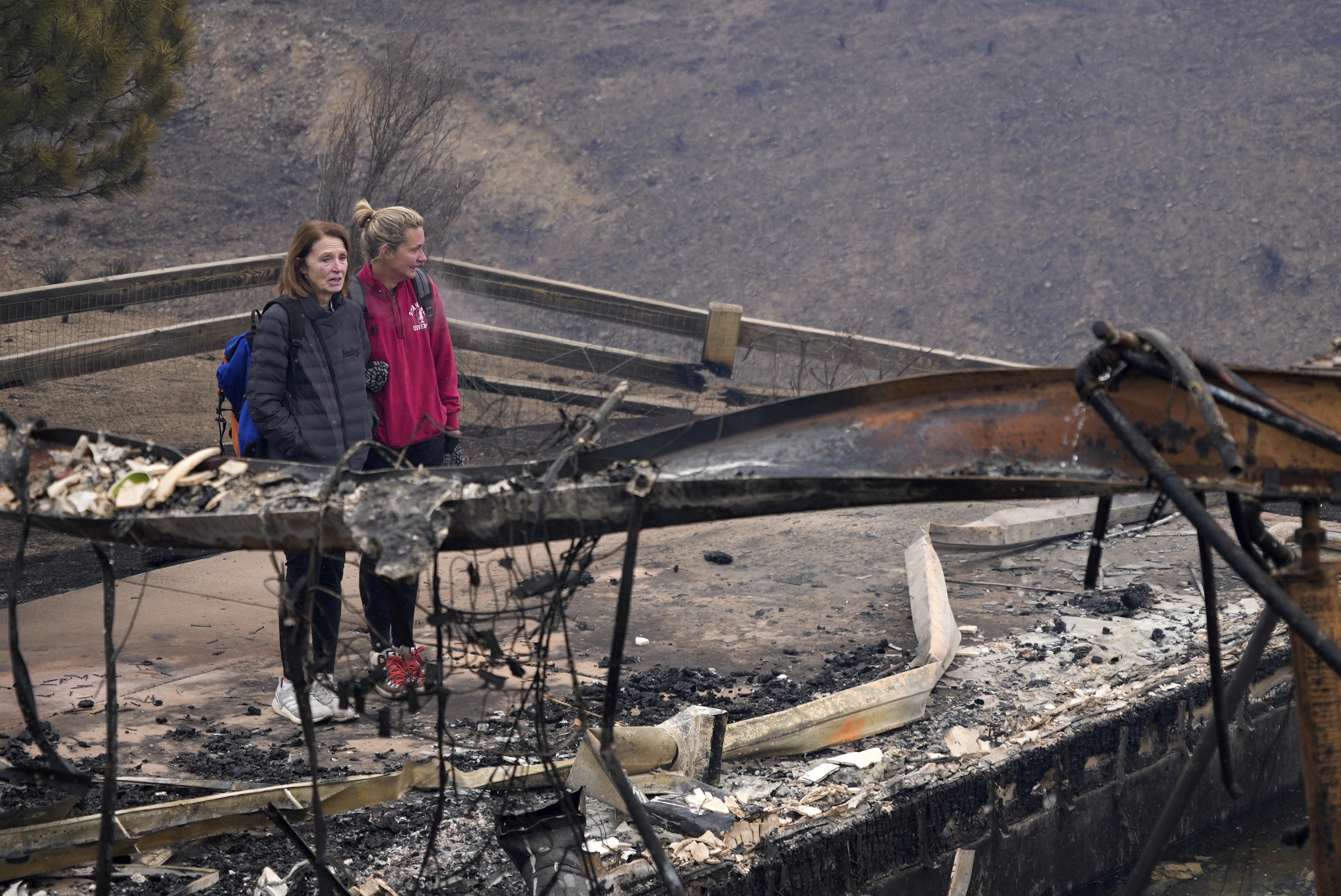 That border area — where structures built by people meet undeveloped wildland prone to fire — has always been the foothills, she said. Fire-fighters in Boulder consider the interface west of Broadway — a busy road that passes through the center of town. But Thursday's fire sparked east of that line, next to thousands of houses that have sprouted up on the east side of the Rockies since the 1990s, Balch said.

“There were stretches between Denver and Fort Collins that had no development, but now it’s just like one long continuous development track,” Balch said. “And those homes are built with materials that are very flammable — wood siding, asphalt roofing.

"We need to completely rethink how we’re building homes.”

The other important change is understanding how these fires start in the first place, she said.

“There's no natural source of ignition at this time of year. There's no lightning,” she said. “It's either going to be infrastructure-related or it's going to be human caused."

“The way we live in the landscape and our daily activities make us vulnerable,” she said.

Over the last two decades, 97% of wildfires were started by people, according to a recent study by the Cooperative Institute for Research in Environmental Sciences at the University of Colorado, Boulder. Causes have ranged from accidents at construction sites, to a car with a hot tailpipe, to tossed cigarettes.

“I like to say, we need Smokey Bear in the suburbs," she said. "We need to be thinking about how our daily activities can contribute ignitions or sparks that start wildfires.”

Researchers have been sounding the alarm on climate change since the 1800s, but time and again, these warnings have been ignored. NBCLX Storyteller Chase Cain takes a look at the history of climate change and how we got to this point.

“There’s little doubt in my mind that the conditions conducive to really bad wildfire, whether it’s grass or forest, are only going to get worse,” he said.

As more people move to areas where wildfires occur, the threat goes up.

“We’re building towns and cities and infrastructure and so it’s just a matter of time before we have whole towns burning down like we had in California and events like this in Colorado."